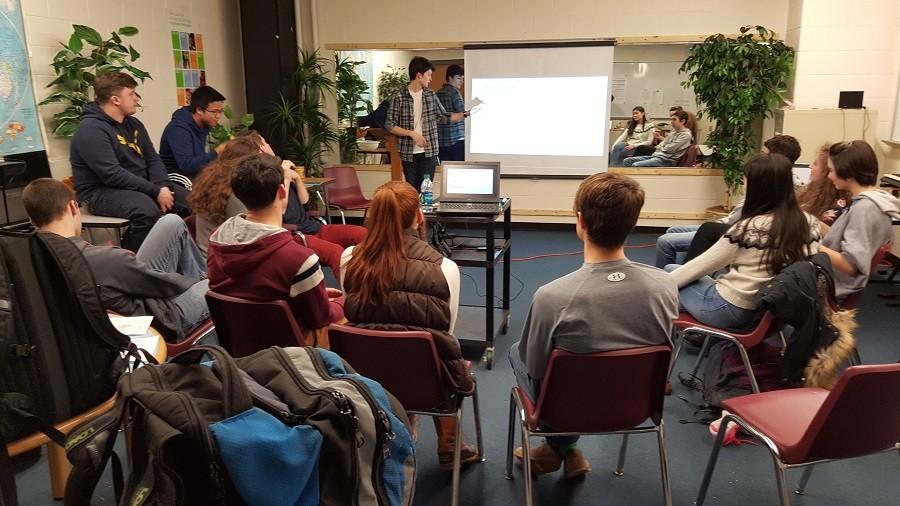 Souhegan High School’s Community Council is a group of elected students, faculty, administrators and community members that discusses and votes on all school-related decisions.  The Council recently received a proposal outlining a new part of our school, The Student Activities Committee. The Student Activities Committee would be a subsection of Council consisting of students planning the social events and fundraisers for our school.  When an event like Fang Fest (Souhegan’s intense version of spirit week), or our annual Run For Hope rolls along, this open group will be in charge of planning instead of the closed Community Council.  This way everyone has the opportunity  to help plan our favorite activities throughout the year.

The proposal was brought to Community Council by senior Alex Glavin, who thought anyone who wanted to help plan the school’s social activities and fundraising events should be involved.  His argument is that this inclusiveness would hopefully result in better fundraising  as well as more student enthusiasm and overall better events.  “When I was an underclassman, I wasn’t on Community Council and I really wanted a way to contribute to school events like fang fest,” Alex Glavin says.  “Working with the Ethics Forum this year showed me how a good organization operates, so I tried to combine the aspects I noticed there in a way that works for everyone.” Ethics Forum is another student-run club that organizes events. 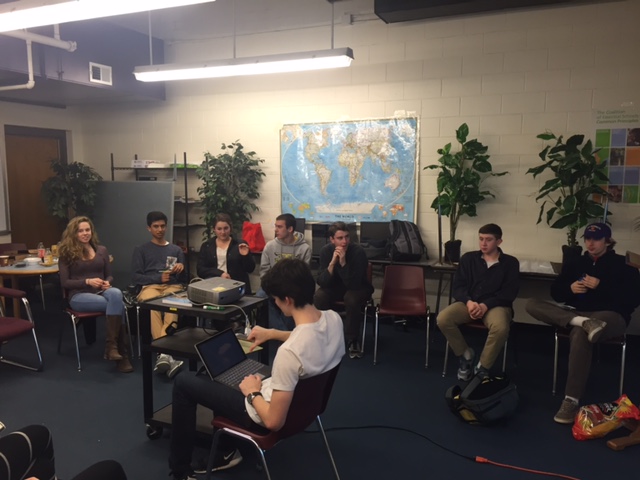 Community Council discussed the proposal for several days before coming to a decision.  Some members were afraid no one would show up to meetings, or it would be inconsistent groups of people with unenforced attendance so that nothing would ever be accomplished.  On the second day of discussion, junior Will Facques wrote an amendment to the original proposal.  He suggested that two representatives be selected from each grade to enforce attendance and productivity. “I didn’t think the proposal on its own would create something productive,” Will says. “It’s difficult to manage money when there’s no structure, and anyone can decide anything.”  Will worried that with the original proposal, The Student Activities Committee would have inconsistent attendance and people would only put money into the things that they were interested in.  There would also be no one to solve disagreements.  “I made the amendment so that we would have delegates from each grade encourage other students in their grade to attend as opposed to one senior.  This way we would also have more varied voices.”

Will’s amendment passed so the proposal then stated that there would be a group of students, faculty and community members that would meet to plan activities and fundraisers for the school. This group, The Student Activities Comittee, would consist of two representatives from each grade so that no group would be completely unrepresented.

Discussion continued between Community Council members until the vote, on Monday, January 4th, where Community Council passed the proposal. “I think it is a great way to involve and energize a whole new segment of the students and get them to provide leadership in other ways and on other topics than currently available,” says community member Rick Katzenberg. “It will also spread out the work and responsibility to groups other than Community Council.” 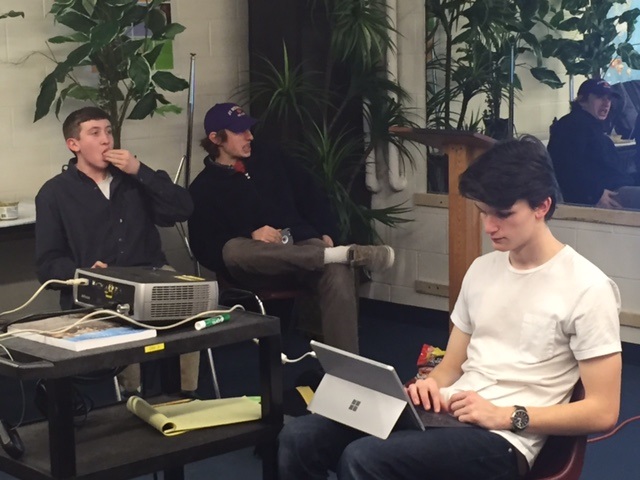 The group will hold elections soon and then begin to plan their first meeting.  Here, the topic will be 2016 Fang Fest, and anyone will be able to attend and share their opinion on how the week will play out.  The decisions are no longer in the hands of Community Council, Fang Fest planning and all other activities will be planned by the members of The Student Activities.