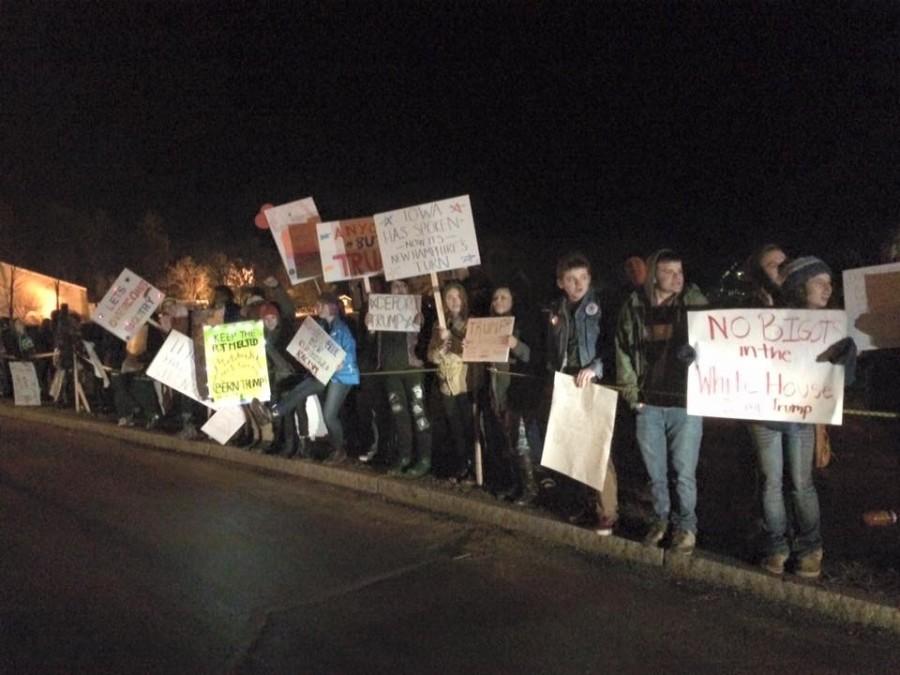 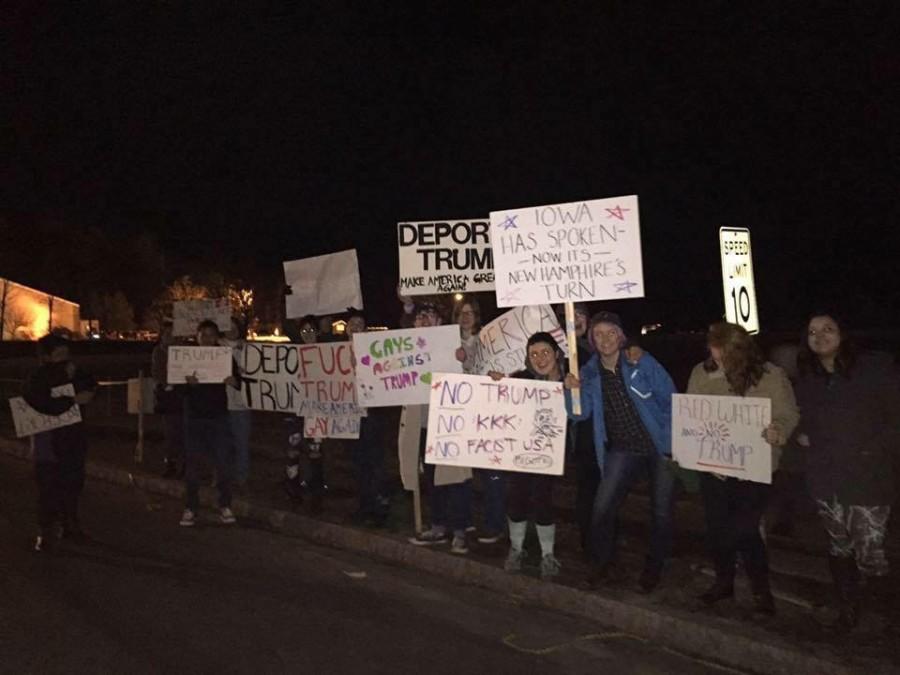 Donald Trump is a 2016 presidential hopeful that has got many students fired up. While he was in Milford last Tuesday, some students attended to hear him speak while others had different plans. Claire Foley, an especially active student at Souhegan, organized a protest to take place outside of Hampshire Hills. She feels that the only way to make a change is to get involved, and a number of people agreed with her. With a turnout of about a little over 20 people, voters and nonvoters, they stood at the entrance with clever, handmade signs and chanted at arriving cars. Among the signs some read, “Trump makes America hate again”, “dump Trump” and many others.

Although it was peaceful protest, there were many Trump supporters that “fought back”. Despite the cold, the students held their ground and protested for over two hours. With the New Hampshire primary so close, many are taking this opportunity to try to sway some undecided voters.  Some citizens that showed up were pleased to see so many politically active teens and cheered them on while a few even joined in on the protest.

Souhegan is also hosting “Souhegan Votes” so be sure to head to the gym and place your vote for your candidate.