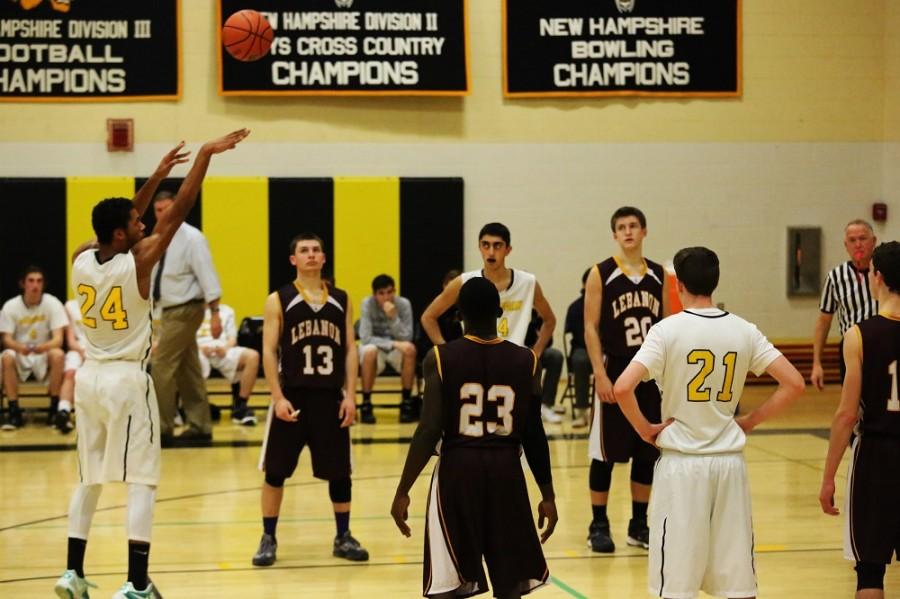 The Souhegan Basketball program is one of the best in New Hampshire. This year, the boys team is looking strong after a blowout victory against the Kingswood Knights. The Sabers now stand at a record of 7-3.

Sophomores, Anderson Geffrard and Ryan Hickey, were starters for the game and dominated.  Led by captains Raju Gandhi, Jerrell Webster and Gabe Cruz, the varsity squad’s expectations are rising with each performance.

Senior Raju Gandhi says “I think we are all working together really well and we’re all focused on the same goal.” When I asked him what that goal was he replied with one word. “DURHAM” (playoffs).  He continued by saying “We are all headed in the right direction and are having a lot of fun doing it.”

The team has one of their biggest games of the season coming up against their rivals, Milford, at home and is expecting a full crowd. As the season progresses, the team is coming closer and closer to their goal. But for now, we will just have to wait and see.