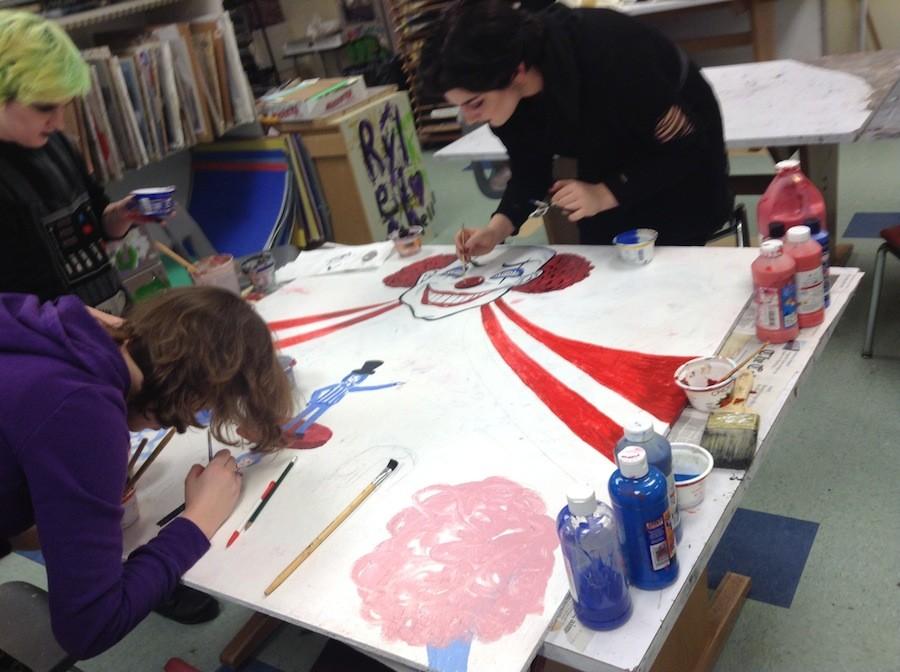 Fang Fest’s mural competition took place on Tuesday afternoon. Martha Rives, an art teacher, said the competition was started so that visually artistic kids have a way to share their work with the rest of the school. “Usually with Fang Fest there’s a lot of, you know, athletics, and there’s some musical and performance stuff going on like dance, but there wasn’t anything for visual artists.” The competition was started three years ago, and has been very successful. 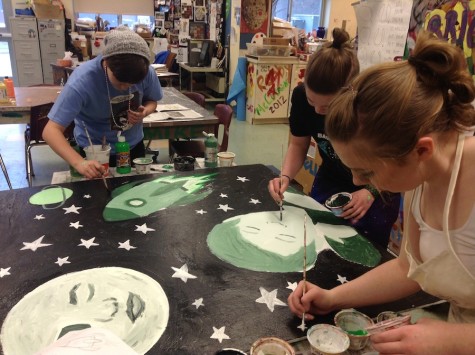 Each team, one per grade, has to create a mural using only shades of their Fang Fest colors and based upon their class theme. They have one hour to design and paint their mural. This year, the seniors’s theme was “Jailbreak”, juniors’s was “Circus”, sophomores “America” and for the freshmen, “Nap time”. While teams of three are both standard and recommended, the sophomores had the largest team, with four people. 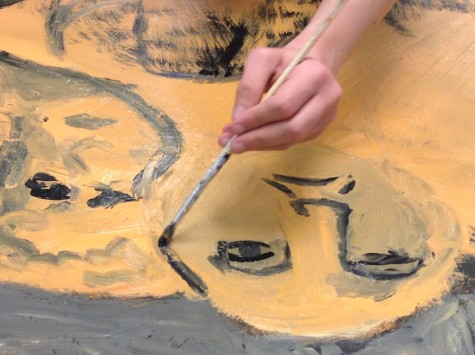 Only one senior, Emma Johansen, participated. She said the competition is fun, and that she would reccomend it to others, adding “You should definitely do it with a group with a group of … your friends”. 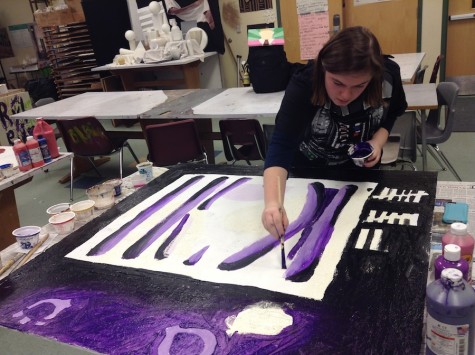 The mural competition is a great way for artistic students to show off their talent and hard work while getting into the school spirit in a friendly and enthusiastic setting. 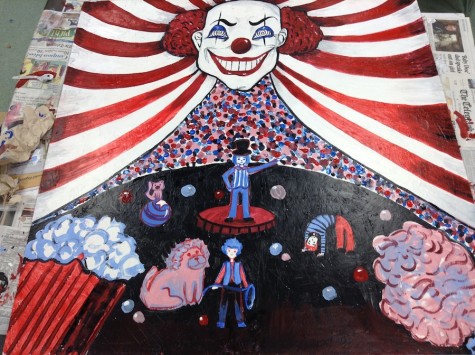 The murals will be presented and judged at the assembly on Friday.