What’s it Like to Work With Habitat for Humanity? 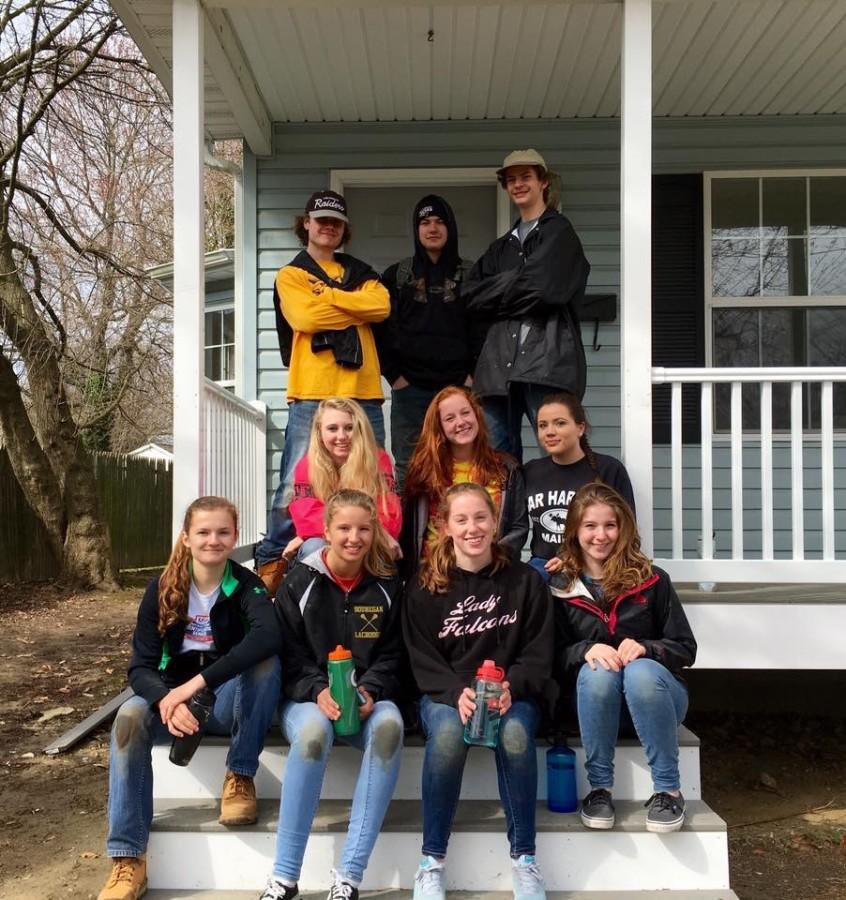 In the middle of March, a group of ten students and two staff members took off to Easton, MD to work with the non-profit organization Habitat for Humanity as part of Souhegan’s annual wintercession program for sophomores. Every student was ready to work and excited, and they soon found out that all of them had put this trip as their first choice a few months earlier. Although they were only gone for six days, they accomplished a lot and had a ton of fun exploring Maryland. 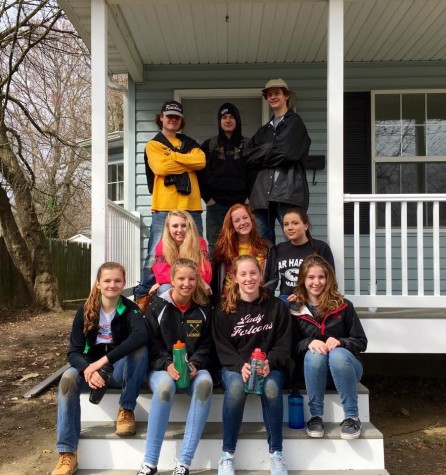 Day One was a long thirteen hour travel day, but they didn’t waste anytime getting to work on day two. They spent all Tuesday building a shed for the backyards of two houses. First, they learned what goes into framing the walls and building the floor of a shed. This kept everyone busy all morning whether they were hammering the walls together, measuring and marking the wood, cutting the wood or putting the siding on the shed. After a lunch of sandwiches provided by Habitat, they worked on leveling the ground and putting down blocks to build a sturdy foundation for the sheds. They spent the whole afternoon digging holes in the ground and putting down  concrete blocks until they were sure that the shed would be nice and level. However, the trip wasn’t all work and no fun; after a long day of work in the rain they balanced out the night with some fun. They whole group took a train into Washington DC to watch a Capitals Hockey game at the Verizon Center. Everyone had a blast and the Capitals won against the Carolina Hurricanes in overtime!

Day Three was back at the same site working on the sheds again. Now that all the walls and floors were built they just needed to be put together. This was a job that needed all twelve people to work together as some held the walls in place while others nailed it in place. The sheds turned out better than everyone expected and everyone was really proud of their work! After the sheds they all drove over to another house down the street and did some yard work. Some spread dirt for grass seed while others raked leaves. After all the work was done, it was still really nice out so the group decided to do something outside. After much debate they all agreed on going to get coffee, sitting by the water for a while and then grabbing a bite to eat at Chili’s! After dinner when they got back to the church where they were staying, they settled down for a movie and ice cream to end their night! 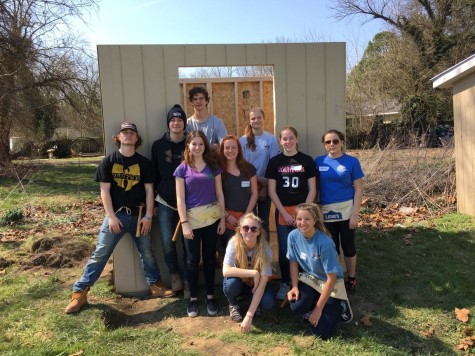 Day Four was off to a new site, once again the house was almost done so we were back outside, which left everyone plenty of time to enjoy the seventy degree, sunny weather. They spent the first half of their day building a fence, most of it digging the three feet deep holes for the posts. After lunch the group split in half. The first half stayed at the house and finished perfecting the fence while the second half jumped in the minivan, off to the ReStore.

The ReStore is exactly what it sounds like, a store where furniture and other items are donated and then refurbished and sold or used in the houses that are being constructed. Unfortunately, the group didn’t get to fix any furniture but they sorted through a pile of wood deciding what pieces could be used and what pieces had to be thrown out. The highlight of the store was when they smashed glass with sledgehammers which they all said they had never done before but who doesn’t like smashing things? After they regrouped at the church they set out for a night at the bowling alley, but not before stopping to check out the Amish Market. Although not loved by all, the Amish Market was definitely something that you would not run into back in New Hampshire! After a quick stop for frozen yogurt everyone headed back to the church and got ready for their final day of work. 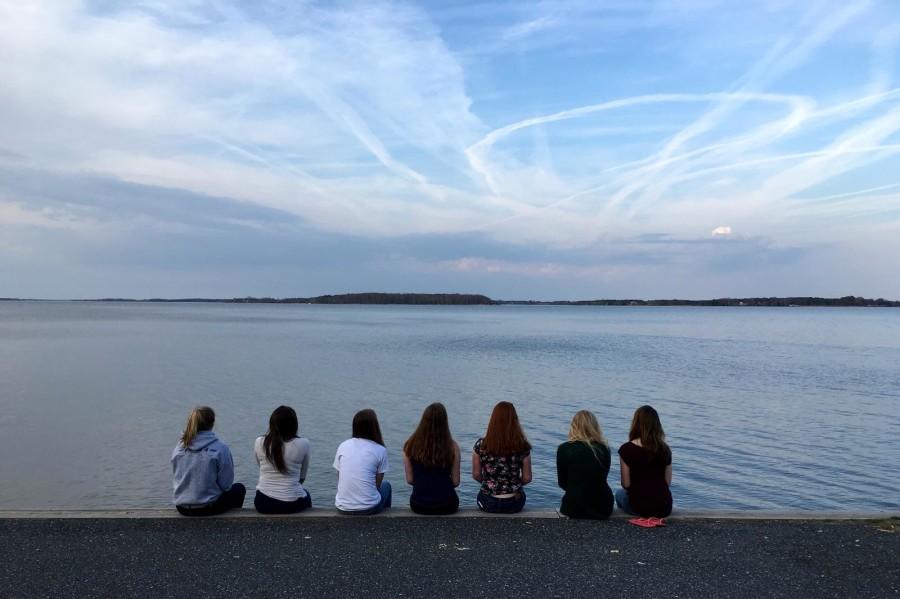 Day Five was the group’s final work day. Half the group spent the morning staining the fence while the other half went to a house that had just been bought to help demolish the inside. When they first arrived at the house they immediately knew by the drawing covered walls and mysteriously stained carpets that this wasn’t going to be an easy job. They worked tearing out doors, door frames   , carpet, cupboards, closet shelves, window frames and pretty much everything else until they had filled an entire dumpster and the house was completely bare. Although this was definitely the hardest work day everyone said that there was something satisfying about walking into a mess of a house and leaving it just a shell waiting to be turned into a home.That night they went back to the church and packed and then they went out for one last meal together and got ready for their 5:30am departure the next day, some choosing to get as much sleep as possible while others choosing to stay up all night and sleep on the train they were all ready to go home, but grateful for the week of amazing memories they would never forget!