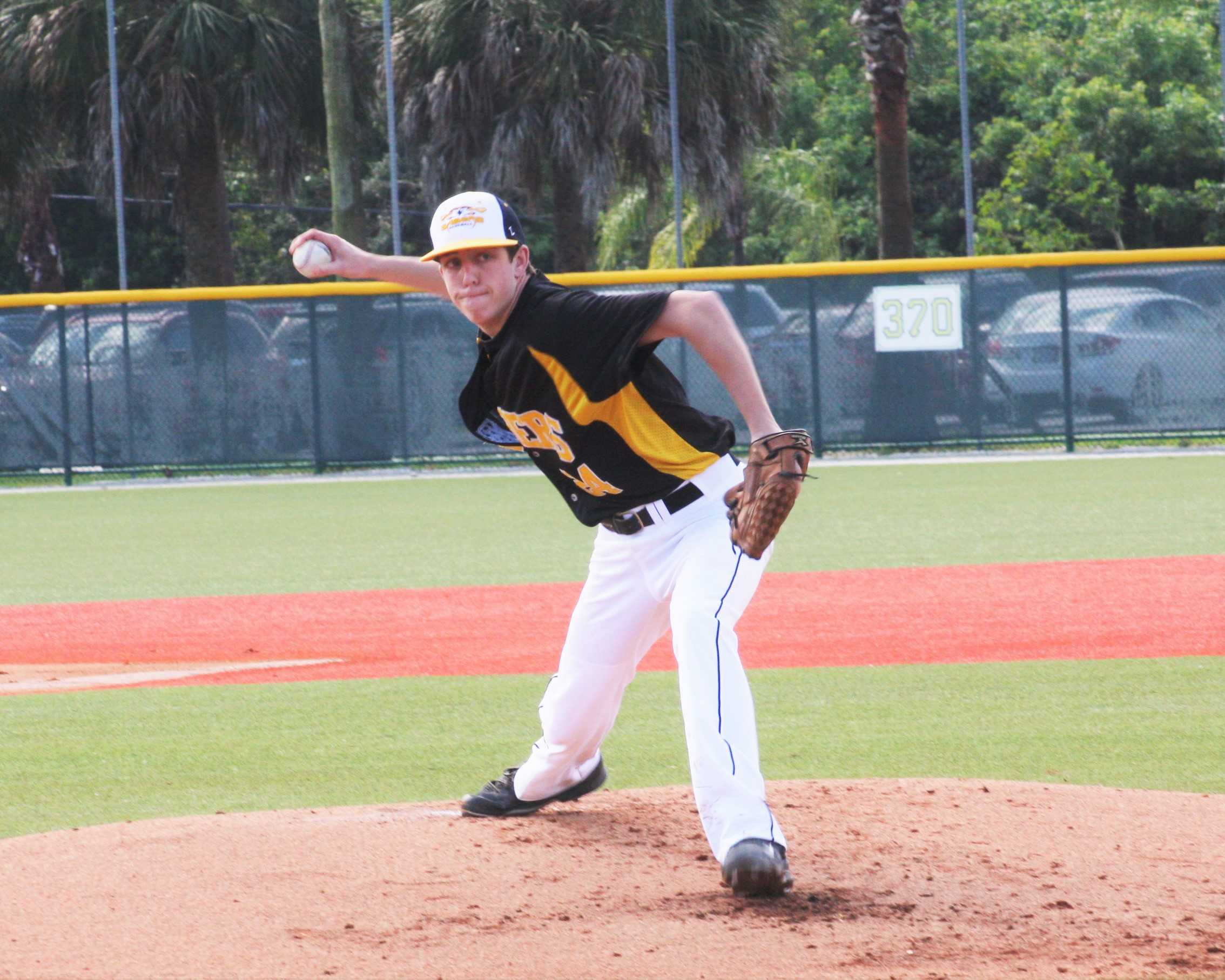 Senior, righty, Joe Grassett pitched a no-hitter for Souhegan Sabers against Pembroke Academy. The Sabers demolished Pembroke in a 14-0 victory in five innings at Souhegan. Joe Grassett was lights out on the mound with an astounding six strikeouts as well as no walks.

The Souhegan Sabers’ Varsity went up early during the first inning with assistance from Alec Burns after two runs in on a two-run single by Alec Burns.

Souhegan Sabers Varsity did add two more runs in the bottom of the third to increase their lead even more once Bryce Reagan and Noah Hodges combined on a double steal. Bryce Reagan got the run in and was then followed up with a Joe Grassett single, scoring Reagan’s fellow base stealer Noah Hodges.

The fourth inning, however, was where most of the damage was done against Pembroke Academy. In this inning, Caelan Behn, a sophomore at SHS, provided the Sabers with a single that turned into a runner batted in or an RBI. Also, in the fourth inning an error, a single by Bryce Reagan that batted allowed two runners to hit home plate, and a wild pitch all contributed to the blowout that was the fourth inning. However, Souhegan wasn’t done; an RBI double by Alec Burns, a wild pitch, a two-run double by Tucker Aiello, and yet another error by Pembroke caused the overall score to increase 10 runs for the Souhegan Sabers in just one inning.

The Saber Defense also showed players of great form with Thomas Bennett at second, Bryce Reagan at short, and Noah Hodges at third. All three players assisted in Joe Grassett’s outstanding no-hitter and the Sabers’ shutout.