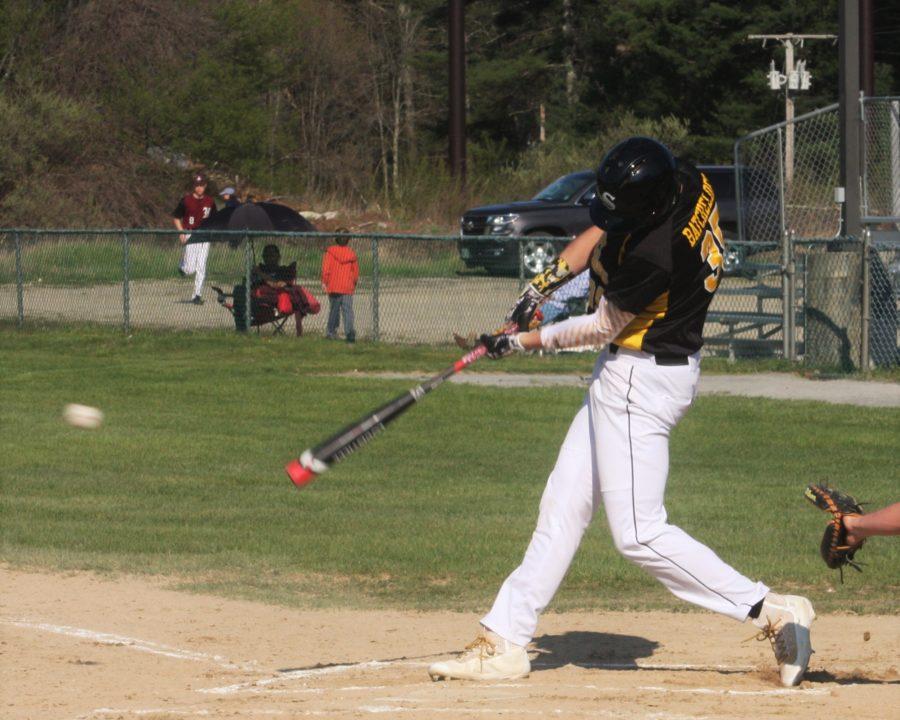 Owen Batchelder collected three hits as Souhegan Sabers Varsity took home a 9-4 victory over Hanover in seven innings at Amherst on Wednesday. The three hits were all singles and were done in the first, second, and fourth innings. Joe Grassett also put up a solid performance on the mound once again with four strikeouts, only two walks, just nine hits, and four runs in total. Three of these four runs were earned and done because of the batting team, not because the Sabers defense made a mistake or an error.

Souhegan Sabers went up early in the first inning from Alec Burns hitting a high fly-ball, but allowing one to run it home. Two more runs were added to the tally after a runner batted in or RBI single from shortstop Bryce Reagan and an RBI from third-basemen Noah Hodges. After these great plays, the Sabers were up 3-0 by the end of the first inning.

The Souhegan infield continues to be outstanding as Thomas Bennett at second, Bryce Reagan at short, and Noah Hodges at third, are not failing to impress as the season continues with an unbelievable eleven registered assists or eleven times of the runners being thrown out by the three of them.