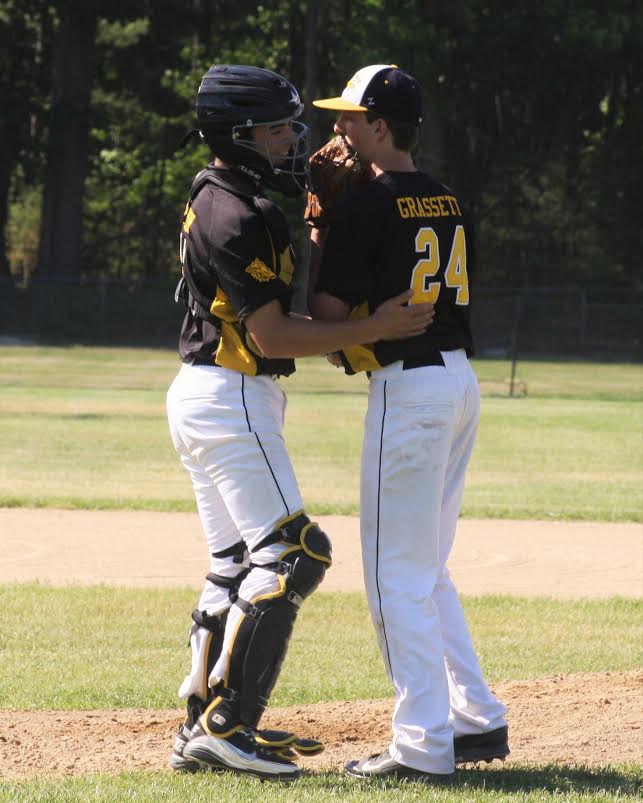 The last sports team left for Souhegan is the Boys’ Varsity Baseball team and after a long, great season they are now only two wins away from being the Division II baseball state champions. In the beginning of the season, the Sabers actually lost their first two games. However they came back with a bang and won every game since then. They are currently the number two seed in the playoffs and are only behind Portsmouth in seeding. But, the Sabers did overcome Portsmouth, and Souhegan is Portsmouth’s only loss of the season, so it is definitely possible for the Sabers to win the finals.

The bracket for the Division II is made up of, of course Souhegan and Portsmouth, but also Goffstown and Windham. Goffstown is the third seed and is who Souhegan is playing against in the semi-finals, and Windham is the fourth seed and  is who Portsmouth is playing in the semi-finals. So, there are no surprises in the baseball playoffs besides the fact that there were no surprises like upsets. The teams that Souhegan had to beat were low seeds like Hollis-Brookline, a 15 seed, in the preliminary game, and a middle seed of Oyster River who was a seven seed in the quarter-finals.

During the preliminary game against Hollis-Brookline, there was another great performance by pitcher, Joe Grassett, senior, who pitched his third shutout of the season. Grassett only allowed one hit and two walks and that was all there was for Hollis-Brookline’s offense. Also, great performances included Thomas Bennett, a senior, who usually shined on defense, but against Hollis-Brookline, he played an outstanding offensive game with a double and a single that both resulted in him along with at least one of his teammates hitting home plate. Both of these great efforts along with the whole of the Sabers team allowed SHS to advance to the next round of the playoffs and play Oyster River at home.

In the quarter-finals, the Sabers played good offense, but great defense. This time, it was not Joe Grassett on the mound who pitched a no-hitter, but Noah Hodges, sophomore. Hodges allowed five hits, but struck out seven which played a big role in yet another victory for SHS. Also, the Sabers’ defense caught Oyster River’s runners leading a little too far and they were able to throw two runners out. The first one happened in the second inning when catcher, Sam Bannon threw to Thomas Bennett at first and Bennett tagged him for the out. The last one happened in the last inning when Hodges, on the mound, caught a runner sleeping and threw him out. Another great performance by Thomas Bennett at second; Bryce Reagan, sophomore, at shortstop; and third baseman, Tucker Aiello, sophomore, led to the Saber’s victory. According to Coach Bill Dod, Bennett, Reagan, and Aiello were, “flawless” in their play. After this win, Souhegan advances to the semi-finals against the Grizzlies of Goffstown. The semi-final game is at Southern New Hampshire University at 4:00 pm today and it is hosted by Souhegan. Go and cheer on the last sports team Souhegan has left in the playoffs! Go Sabers!