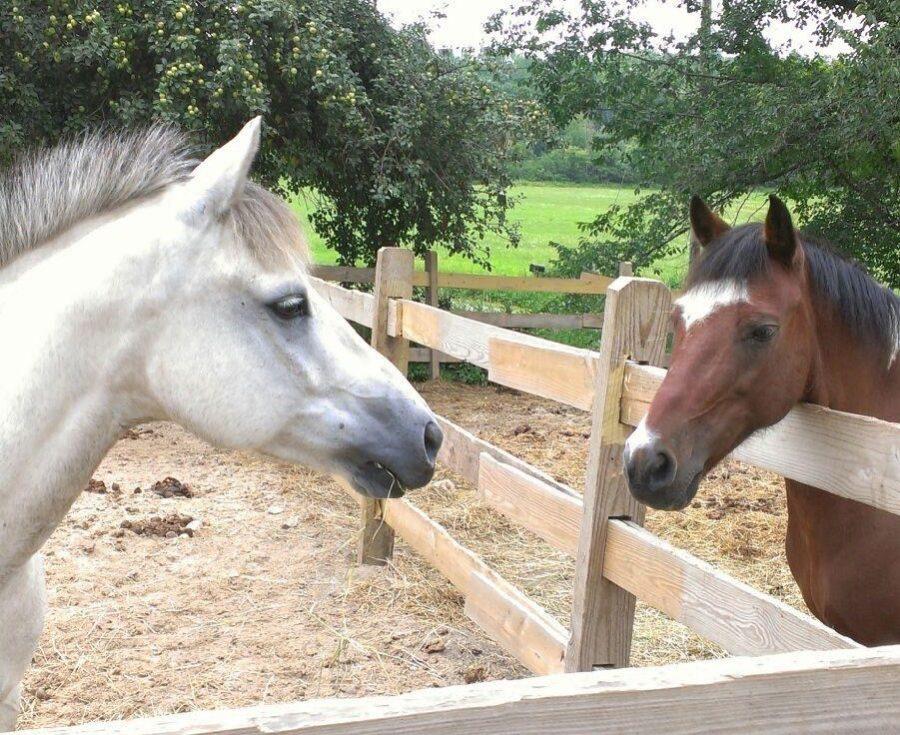 The bond between humans and animals is simple and unspoken, yet it has left a remarkably strong impact on the hearts of many. Since 1989, Touchstone Farm in Temple NH has been forming these connections between humans and horses, as while as changing the lives of both.

For people with disabilities, therapeutic riding can be a great way to gain confidence. Winter Keeler, a therapeutic riding instructor at Touchstone since 2011, has witnessed the personal growth of her students through interactions with animals first hand.

In a recent interview at Touchstone Farm, Winter explained how it’s easier for some students with disabilities to form bonds with animals as opposed to people, due to the fact that animals view the world through unbiased lens.

“Horse’s don’t have the same subconscious judgment that many humans do,” Winter stated, “They simply see people as people.” 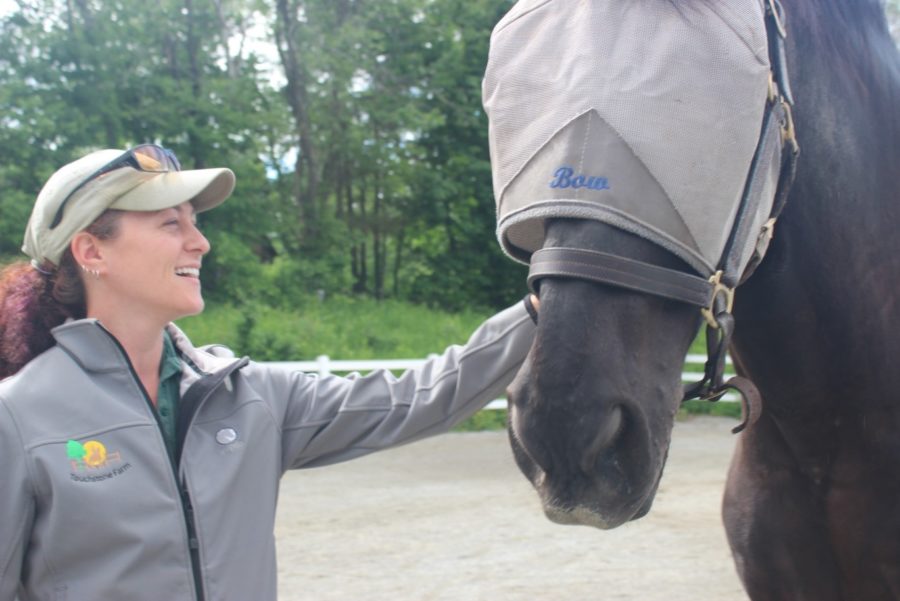 Winter has watched various students open up to horses in a way that they might not with other humans.

One of her students, who struggled greatly with verbal interactions, wouldn’t even talk to her on the first lesson. His parents had explained he had a lot of trouble speaking to many of his classmates, and felt very uncomfortable going to school. Winter paired this student up with Frosty, a gentle yet spunky white pony. After a few lessons, Winter noticed that this student would always whisper quietly to Frosty while grooming. It was often about simple topics, such as how excited he was to ride, or how good Frosty had been in the previous lesson.

A few weeks after his first lesson, Winter began to see a change in the way that this student interacted with others. He said hello to people working around the barn, and was able to have conversations with Winter during lessons.  Winter believes that Frosty was a stepping stone on his journey to opening up and talking, and provided ears to listen when this student did not feel comfortable talking to anyone else.

Another horse that has stood out to many students (and a favorite of Winter’s) is Mike. Mike is a breed called a half-linger, which is a stocky and stout horse meant for pulling heavy loads. Mike’s sweet and easy going personality made him an obvious choice for Touchstone Farm’s team of therapeutic horses.

In addition to lacking a mean streak, Mike is also missing his right eye. After suffering a severe infection in his youth, Mike’s right eye had to be removed surgically. Though this may turn some people away, Winter explained that many of her students with disabilities identify with Mike. They can relate to the fact that Mike’s appearance is something that jumps out to people as soon as they meet him, and they know that there is much more to Mike than his missing eye. 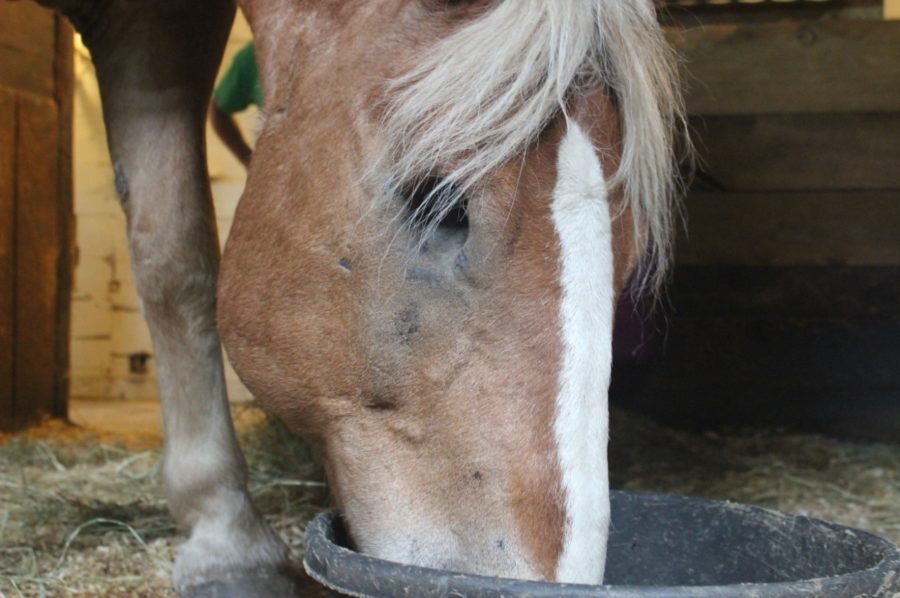 Over the past twenty years, horses and people at Touchstone have formed irreplaceable bonds with each other. Touchstone is a nursery for personal growth and a welcoming environment for creatures of all kinds.