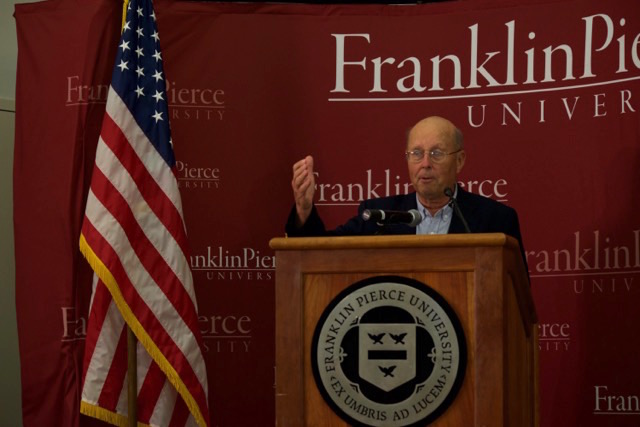 The reporter-politician relationship has broken down due to the lack of quality journalists reporting “for the right reasons,” said Gene Gibbons, former White House correspondent for Reuters.

Today there is a previously unseen hostility between reporters and the White House press secretary, according to Gibbons, that impedes the job on both sides and only further creates distrust between Washington and the media.“Good solid impartial reporting of the events of our lives… is essentially the lifeblood of democracy,” Gibbons said, and without journalists who possess these ideals it is impossible to expect a well a functioning relationship between the press and politicians.

In a recent Politico poll 61 percent of White House correspondents agree that the daily press briefings should be overhauled completely.

Gibbons worked as a White House correspondent under six presidents. By the time his life as a correspondent came to a close, he had spent 30 years in the White House, and yet even he agreed that perhaps the time for daily press briefings has since passed. Press briefings became televised under president Bill Clinton, and “instead of seeking information, [journalists] were playing to their bosses or to the people,” Gibbons said.

After Marlin Fitzwater’s time as press secretary, “There was a lot of playacting” instead of true reporting, he said.

Gibbons stressed that a journalist should always give both sides to the story. “It’s only human nature to want to enforce your own beliefs,” Gibbons said. “The mark of true intelligence is being able to entertain two contradictory beliefs at the same time.” When a journalist accurately and fairly addresses both sides of an issue it builds trust in the reader that they are receiving unbiased factual reports.

Gibbons offered advice for students on improving the press-politician relationship. “Take a political science course, a biology course, a history class, learn a little bit of everything in order to be a really good journalist,” he said.