Engineering Teacher Shoots for the Moon with Trebuchets 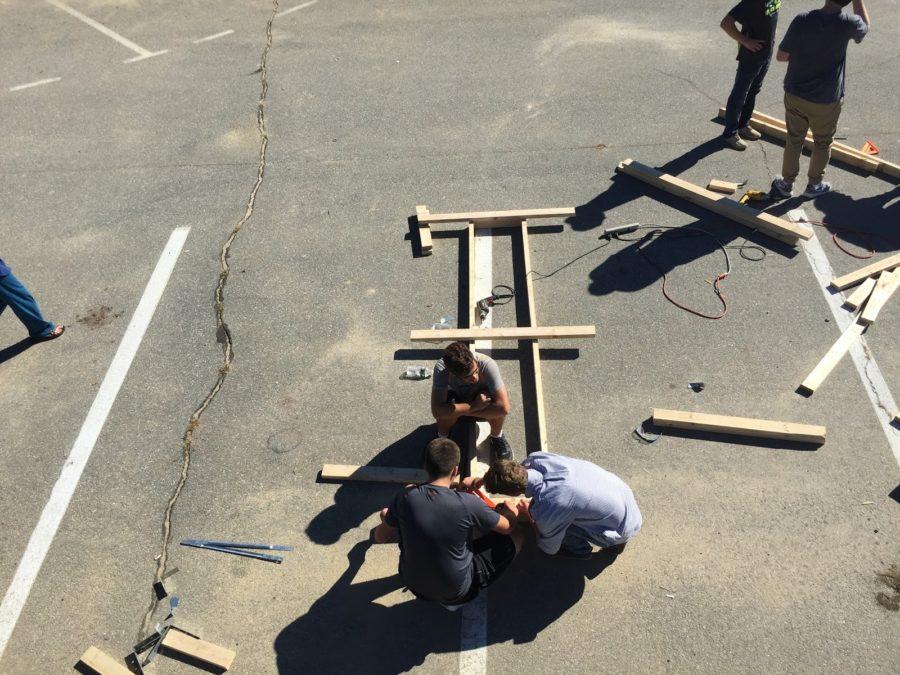 This week, students in Charlie Swift and Paul Schlotman’s Engineering class are working hard on their current assignment: designing a trebuchet to launch softballs as far as possible.

The students have two weeks to build any type of trebuchet they want. Though there are restrictions on some things such as size and weight of the counterweight, the rest is up to them to make a trebuchet that can throw a softball as far as possible. “The floating arm broke the record that the whipper had by one foot” says Paul. The overall record for the pumpkin chunkin in Greenfield is 1,894.42 feet with a whipper type trebuchet. 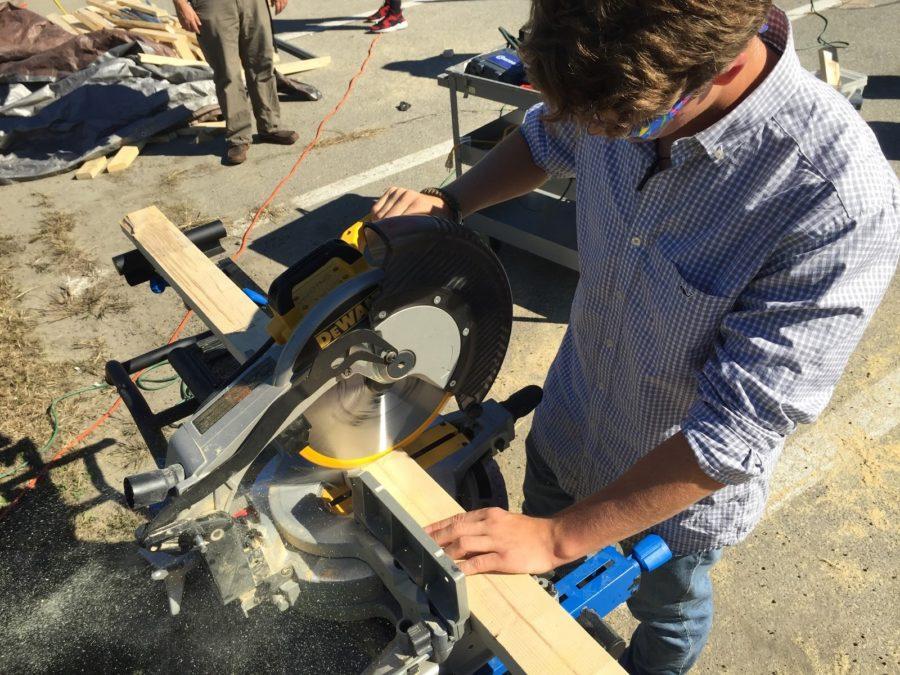 For inspiration, Paul called in former student, Jay Goodell ‘01 to help. Goodell is an electrical engineer who also happens to be a professional pumpkin chucker in Greenfield, NH. In his presentation, he described the type of trebuchets there are and the basic engineering of them. “We spend a lot of time thinking how to make a sling to support a pumpkin” says Goodell, highlighting how important every small detail is to the whole contraption.

The softballs will be launched in about three weeks on the baseball fields in back of Souhegan. The floating arm type trebuchet has the longest standing record for the longest distance thrown. After the project is done and all the softballs have been launched, they will be taken apart and the materials will be salvaged for future projects.