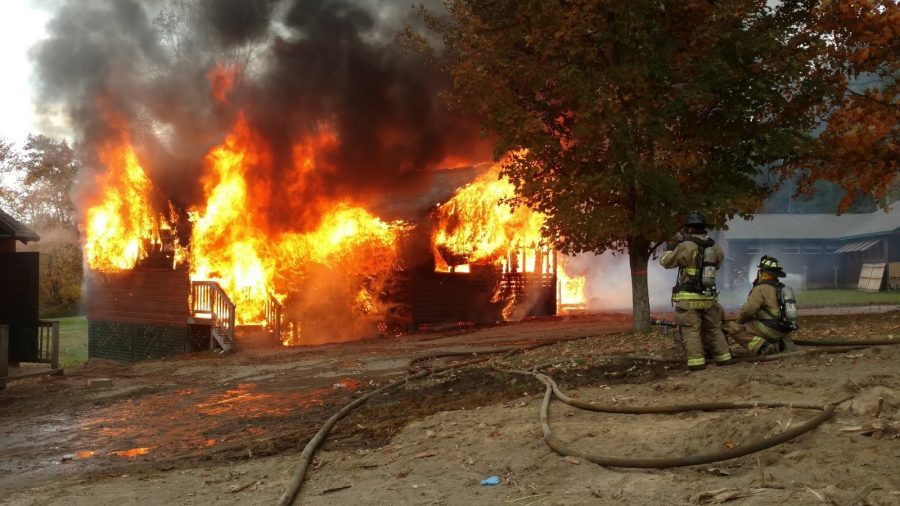 Burning Down the House

Amherst Fire Department had a live fire training exercise at Camp Judaea where 3 unused structures were burnt. The camp planned  on demolishing the  structures and Amherst Fire was given permission to use them as training tools.

The fire department would light a structure on and have crews go in and extinguish the fire.Senior officer captain Daniel Barton said, “This is a very rare thing, you’ll almost never see anything like this for real in 20 years.”

Firefighters used all of the departments apparatus including the forestry truck for the training. They used Engine 5 to draft directly from Baboosic Lake and pumped the water to their engine 2 with a portable tank then to the fire with Engine 3.

Other trucks were on standby considering they still need to respond to calls. That includes Tower 1, Tanker 1, and Engine 1. There were about 40 firefighters there which is a little less than half of the fire department.