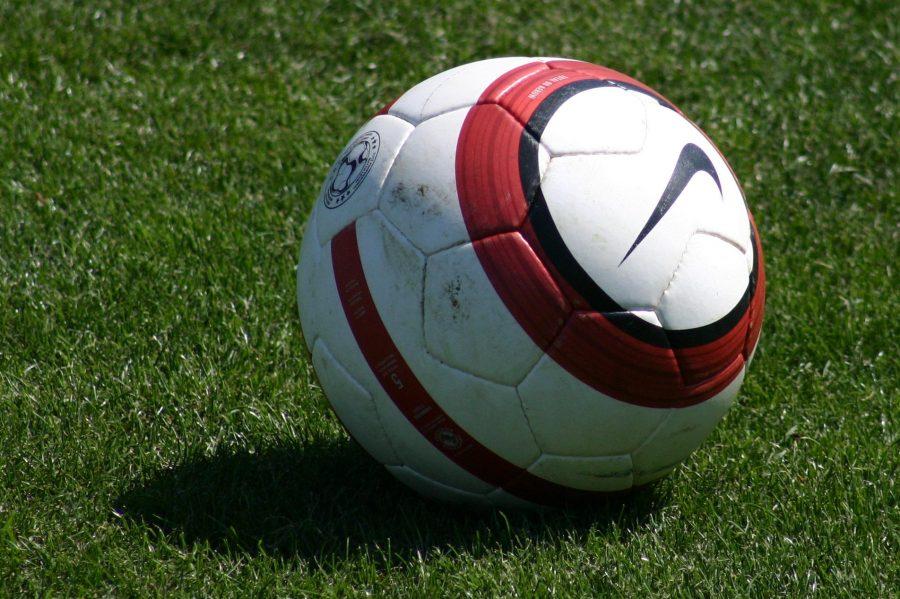 The Souhegan Sabers took on the John Stark Generals in the first round of the NHIAA division 2 boys varsity soccer playoffs. The first half was shown to be a stalemate as no team was able to find the back of the net. This was a bit worrisome; however, both sides entertained a few chances early on.  This pressure from the Generals was weathered with a couple of fine saves from Will Facques in the first half, while the defense limited Stark to long range opportunities for the most part.

Stark showed some tactical versatility that provided challenges early in their 1-4-3-3 attacking set with 1 goalie, 4 defenders, 3 midfielders, and 3 attackers, but later moved to 1-4-1-4-1 with  1 defensive midfielder, 4 more midfielders, and only 1 attacker. This change in formation proved to be effective with excellent work from the front runners, holding up play and getting quick support.

In the 2nd half the Saber midfield really began to show some flow, and the linking play between all three lines of outfield players was exciting to watch.  Patience and determination while holding the ball lead to several excellent opportunities.  Mason Young was worked his magic on the right side, and in the 69th minute he whipped a beauty in toward the edge of the 6, and a streaking Cam Watson powered his header home to take the lead.

With the excitement of the goal allowed for a slip up and a lack of concentration which led to a John Stark equalizer 31 seconds later from a quality back post finish from their lead striker Ryan Nelson.

The Sabers continued to work though, with less than 8 minutes to play opportunities continued to appear.  Keelan MacKenzie’s service from 35 yards into the back post found Thomas Hornor who managed to score with a tremendous header in the 76th minute.  Still the Generals didn’t lay down, and it took a strong defensive stand over the last few minutes to hold them off, but they were could not put the ball into the net to tie it up and the game ended with a score of Souhegan 2 and John Stark 1.

Please do come support our boys for our Saturday match-up, unknown at press time!