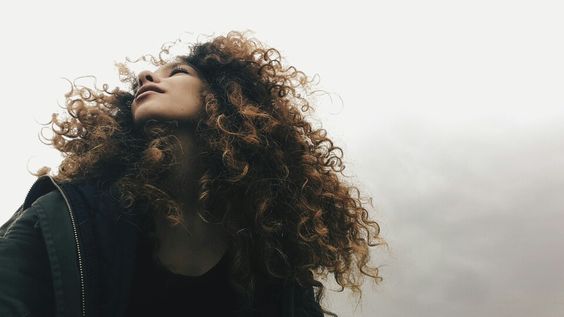 “Very few of us are what we seem.” – Agatha Christie

Hera Jones ducked under the florescent yellow police tape, rested her hands on her hips
and stared up at the climb in front of her. Vietta Cliff, a mass of stone and soil curling outwards like
a claw, was the highest natural point in Talston City. It cast an ever present shadow over the
factory district, a cloud of smoke gathering under the outcropping where it was collected and
turned into steam. The top, a sprawling lawn of vibrant grass fenced in by seven feet of
unbreakable, almost invisible glass, gives one a breathtaking view of the rest of the city. The
glittering skyscrapers, the sprawling park, the Ocean District and the decorated turbines
suspended just below the clouds, pulling in pollution and spitting out clean air.

Police swarmed across the hill like ants leading to the top, Sergeants barking out orders to
teams of identically dressed officers. Hera walked past them, hiding a satisfied smile as officers
snapped to attention as the detective passed. She was nothing if not intimidating, especially with
the rumors that surrounded her like fog. She easily reached six feet with hair a mass of dark curls
the colour of ink. The left arm of her bronze leather jacket cut off at the shoulder, giving way to
smooth metal forming the complex plates of her prosthetic arm. Set into the inside of her wrist was
the golden face of a watch, its second hand ticking steadily backwards, occasionally stuttering and
leaping forwards hours in a dizzying spin. It often gave people pause, stopping to consider if it was
really possible that she could travel through time. Hera had stopped taking non believers so
personally after the first hundred years.

Her target lay at the top of the hill; a body that was reportedly mutilated in a way that
required a detective’s eye. The call had come in an hour earlier, the voice on the other end
belonging to a woman who could barely talk past through her panic. Hera tucked her hands in her
pockets and started walking, sidestepping a few scurrying police officers still struggling to tape off
the entrance to the cliff. Sometimes the incompetence of the Force baffled her, but most of the
time she just reminded herself that they didn’t have a few thousand years of experience like she
did.

Halfway up she was joined by a balding, heavy set man with skin the colour of dried glue,
“Detective Jones.” Hera hid her distaste. Of all the cops to be waiting for her, it had to be the one
who was notoriously doubtful of her skills.

She stifled a sigh, “Deputy Wright.” The man had to almost jog to keep up with her, “Any
news?” Her voice was smooth, layered with an accent that sounded vaguely British.

“Nothing, except that the cameras don’t show anyone going up the cliff around the
estimated time of death.” he wheezed.

“So the killer went up during the day and stayed until nightfall,” the detective commented,
“Do the cameras show anyone leaving?” Deputy Wright hesitated, hands moving to tug on his belt
that was clearly two notches two tight, another cause of his labored breathing. The buckle had a
studded motorcycle on it, ironic, considering Hera knew for a fact he had never touched a
motorcycle in his life.

“The cameras appear to have… “ he struggled for a word, shrinking back under the
piercing glare the woman turned on him, “They were deleted.”

Her face didn’t change, although her voice dropped low, “Of course they were.” They
reached the top of the cliff and she sighed, “Just show me where the body is.”

Visibly relieved to be free from that conversation, Deputy Wright straightened and puffed
out his chest, “Right this way.”

The body belonged to a young woman and was in two pieces, split evenly in half at the
waist. One half dangled by its feet from a branch, the other half draped leisurely on a bench like
she were enjoying the view. Blood painted the grass in broad, sweeping stripes. Her mouth hung
open gently as if letting out a sigh, gold hair plastered against her fair skin with blood. Bruises had
turned her neck a putrid purple and yellow. The end of her severed torso had bled its all, bits of
bone and flesh falling between the slants in the bench onto the grass. Her clothes were
untouched, although drenched in splotches of dark, dried blood.

Hera crouched down beside the bench, slipping on a pair of obnoxiously blue gloves,
“Interesting. Killer must’ve had a very sharp knife.”

She stood and leveled a withering glare at the man, “I was being completely serious.” She
pointed at the body, “The wound is incredibly even. Anything blunt would’ve torn the skin. It’s very
likely the killer had two weapons, a knife for her skin and a saw of some sort to cut through bone.”
Very gently, the detective reached out and tilted the woman’s head left to right, “She was dead
before the wounds were made, thankfully.”

“A purse was found a short ways down the trail,” the Deputy huffed, straightening up like
he’d just solved the case.

“Good to know.” Hera rested her knuckles against her hips and pursed her lips, “If no one
reports it then it’s likely hers.”

Leaving Deputy Wright where he stood, Hera walked to where they’d found the purse,
letting herself fall into the situation the evidence pointed at. The woman was ambushed from the
bushes, strangled there and dragged up the hill. Her body was lain sideways, sliced with a knife
and carved with a saw. A length of yellow climbing rope was used to tie the feet around a tree
branch before the killer carefully arranged the top half on the bench and descended the hill,
sneaking in, deleting the camera footage and continuing along with their merry life.

Taking a deep breath, Hera flagged down the nearest officer, “Make sure all this evidence
gets back to the station and organized into a case file.”

Hera started down the hill towards the barrier and her car, “If the Deputy asks, I’m heading
back to the station to see if I can find anything else like this. Or make up something fun, your
choice.”

Hera clicked through the pictures, then clicked through them backwards. Three hours of
this hadn’t given her anything. The clock blinked at her from the bottom of the screen: 5:45 am.
Sighing, she stopped on a picture of the woman’s upper half, unnerved by how haunting her blue
eyes were as they stared blankly out at the horizon.

“Who are you?” Hera mumbled, chin resting in the cradle of her prosthetic fingers. Nobody
had claimed the body yet, and very few were willing to come look at its present condition. The
detective was so absorbed in running through the evidence and any possible solution that she
didn’t notice that someone else had entered the room until he spoke.

“Hera Jones?” Her head shot up, meeting the eyes of a young, but startled, man. His left
hand held a paper to-go cup an inch above her desk while the other balanced a large tray holding
more cups. He was dressed in a white button down and slacks, the edges of a tattoo curling out
from under his collar. Against the backdrop of the police station, he felt almost like a ghost.

“That’s me.” She finally offered an answer to his question.

His eyes flicked down to the nameplate on her desk, “Yeah, I know.” He raised an
eyebrow and placed the cup down on her desk before moving onto the next onto the next, “Here’s
your coffee.”

Her grey eyes rested on the cup wearily, “I didn’t order coffee.”

The man didn’t even pause in his rounds, “I know that too. You happen to be the only
person who hasn’t given me an order, so I had to guess.” He jerked his chin towards the cup she
was eyeing with suspicion, “Cappuccino with one brown sugar and cinnamon. How did I do?” The
smile he offered told Hera that he already knew the answer.

She raised the cup to her lips, impressed and still confused, “How did you know?”

“Simple.” He tucked the now empty tray under his arm and moved towards the door to
grab a box, “I asked some of the other officers what they thought you’d drink and did the
opposite.”

Hera scoffed and tucked a few stray curls behind her ear, “How many said I’d drink it
black?” She swirled the mug and took another sip, glad to have something decent to drink for
once. Cops weren’t very handy with a coffee maker.

An uncomfortable laugh slipped past his lips, “Too many.”

“What about you?” She challenged, “How do they assume a Native American takes his
coffee?”

He handed her a bagel, completely deadpan, “With the blood of white men, or Agave
nectar.” His face twisted in disgust at the very thought, “Who even uses Agave syrup anymore?
Didn’t that fad die out in 2016?”

Hera raised her hands in defeat and sat back in her chair to eat her newly acquired bagel,
“You’re asking the wrong person.”

“Right.” He ran a hand over his buzzed hair, “Time traveler.” His lack of belief didn’t bother
her in the slightest. She watched him continue the same path around the room dropping off bagels
the same way he dropped off the coffees. Finishing off her bagel, she tossed the napkin into the
trash can across from her and narrowed her grey eyes skeptically.

“Who even are you?” Hera tapped her fingers on her desk, eyes still narrowed.

“Officer Citlali LaRoche, although I’m less of an officer and more of a glorified coffee boy.”
Citlali offered a mock bow, flattening the box in one quick snap and tossing it in the recycling. He
wandered up the center aisle to stop by her desk, sharp brown eyes taking in the picture pulled up
on the screen. Footsteps could be heard coming from the lower floor, the thundering sound of
boot clad feet. Letting out a ‘huh’ he continued down the aisle.

“Good talk.” He stopped himself at the back door and turned around, gesturing towards
her computer, “You do know that blood behind her spells out an ’E’, right?” Hera whirled to face
her computer, clicking rapidly through the pictures until she found one of the blood itself. Citlali
was right; now that she had the idea she could clearly see that the blood created the four lines of
a letter. Originally she had contributed the shape to the places where the killer had to drag the
halves, but it was clear now that those lines were deliberate. Almost like they had used a
paintbrush to fill in the edges.

“How did you-” She spun back around and froze. The room was empty, almost cold, no
sign of Citlali’s presence except for the coffee awaiting the people beginning to spill into the office
space.

Hera turned back to her desk and grabbed her case file.