Swimming with the Fishes: The Story of a Souhegan Marine Biologist 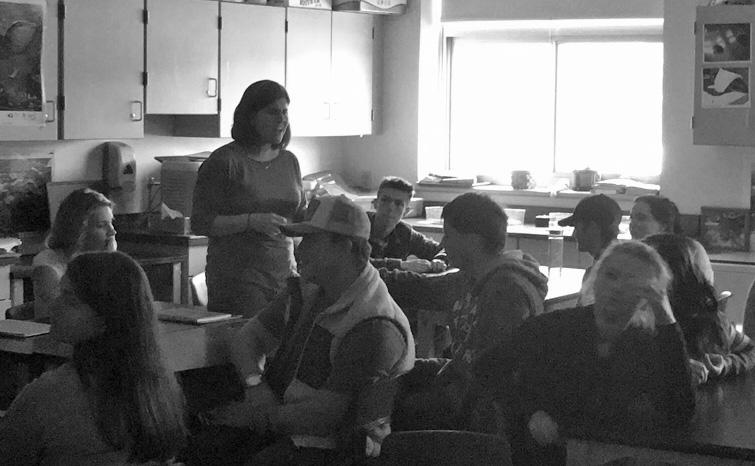 She’s not a vegetarian, and she’s not allergic to them. She just respects them too much. That might sound weird, but Julianne is the teacher of the Marine Biology class here at Souhegan.

However, she isn’t just a teacher; Julianne has experience in her field. In May of 2010, she went out to sea to study the effects humans have been having on marine creatures. She wrote about her trip in the NOAA Teacher at Sea blog. This June, she received the Ocean Stewardship award from the New England Aquarium, recognizing her achievements in teaching students about Marine environments and conservation.

Ever since she was young, Julianne knew she wanted to be a teacher.

“Before I decided I wanted to be a Marine Biologist, I knew I wanted to be a teacher,” Julianne said, “Luckily, I had a series of good science teachers when I was in high school. Watching them teach made me want to start teaching, myself.” After graduating from college, she started out as an intern. Originally, she was supposed to work under a teacher at another school. However, after deciding they wouldn’t get along, and a mad, last-minute scramble, she found a place at Souhegan. 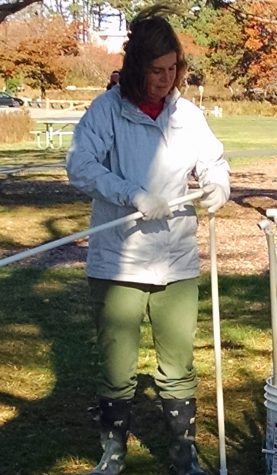 And 15 years later, Julianne was nominated for the Ocean Stewardship Award by her own intern.

Julianne commented, “The Ocean Stewardship Award is something they give out to teachers who have made a real difference in teaching students about ocean conservation. I got to bring my class along with me to the awards ceremony. It was nice to share this amazing experience with my students.”

Julianne loves teaching here at Souhegan. Every day, she goes to class with a big smile. Her enthusiastic attitude is contagious. Most of our planet is made up of ocean, and Julianne has made it her responsibility to teach her students how to preserve it.

To her, the ocean is something that we should take care of. No carp about it.