Painting with the Camera 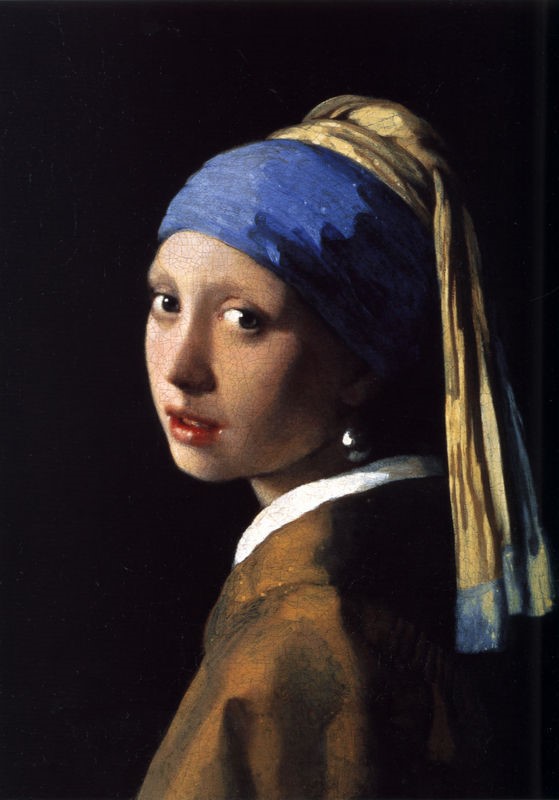 The Girl with a Pearl Earring was painted by Johannes Vermeer, a Netherlandish painter born in 1632. This painting was finished in 1665 as a part of the Baroque movement.  Baroque started in Rome in 1590 and was meant to evoke an emotion in the viewer and create drama. The girl in the painting is thought to be Vermeer’s daughter, but art historians are not completely sure. Vermeer and his wife had 11 children together. The turban that she is wearing represents the influence of other countries at the time as explorers brought back things from all over the world. This is one of Vermeer’s most famous paintings and is on display at The Mauritshuis Royal Picture Gallery in The Netherlands along with View of Delft and Diana and Her Nymphs which were two of his other famous works.

Similarly to when I did this project with The Desperate Man by Gustave Courbet, the first thing I had to do was figure out where the lighting came from. With this project, I was my own model so every shot was a test shot. I decided to only have one light source because the shadows were pretty dark and earring caught light in a way that I wanted to emulate. The next thing was to tie the turban on myself which was a challenge. I didn’t think I was going to be doing this on myself so it was more of an undertaking than I originally thought. After many failed attempts, I got something somewhat close and decided to do the rest in photoshop.

Taking the actual photos was a struggle. To get the right focus on my camera, I put a chair where I would be sitting and focused the camera on that. Then, I put on the self timer and sat in the frame. After looking at the burst of pictures taken, I adjusted things like body position and facial expressions. After getting the right angles, I adjusted the shutter speed and ISO to let the right amount of light into the shot. If the shutter speed is slow, it allows more light into the shot which is helpful in a dark room with only one light source and a higher ISO means that the camera will be more sensitive to light. Getting this right takes trial and error.

The next step is photoshop. Learning from my last project, I figured it was best that I do it all in one sitting. It took about an hour of focused work to get it just right. I had to fix the turban and recreate the jacket that the girl was wearing. The finished product of this project came out much better than the first one because I knew what I was doing and how to do it. If I were to do this again, I’d know how to be more prepared for the shoot and have a backup plan in case something were to happen.