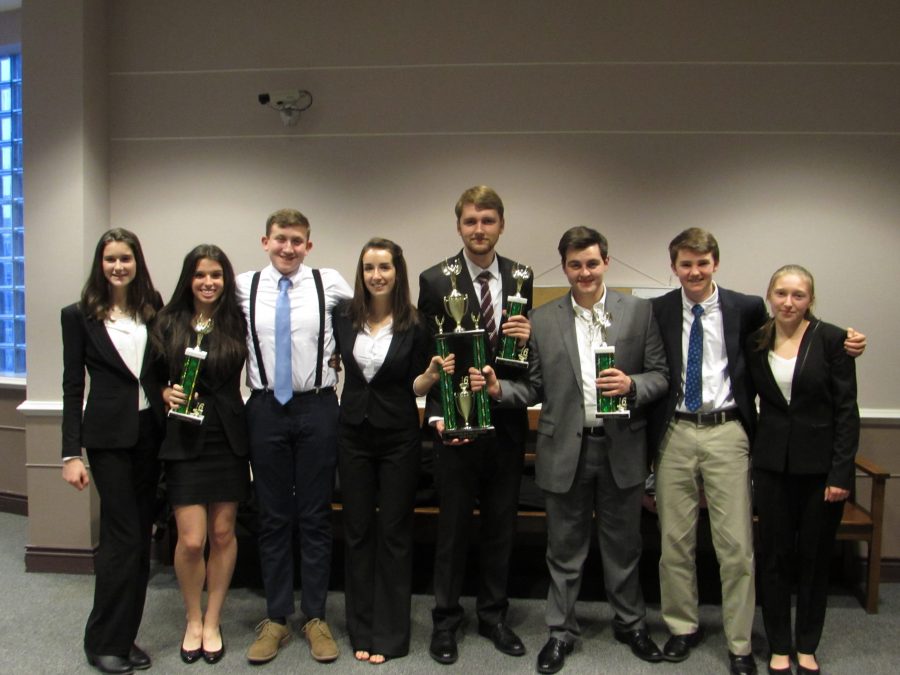 Souhegan’s varsity Mock Trial team  was very successful at a recent meet. The team won three awards and came in second place. The goal of a mock trial competition is to get as many points as possible for performance components such as opening statements, witness examination, closing arguments and objections. Each side concocts a theory on the case, and bases their questioning, statements and arguments on that.

This year, the challenge is a civil case about bullying. A boy at a private school is bullied by classmates, and ends up in a psychiatric hospital. His teacher is being sued for negligence under the premise that she did not do enough to stop the bullying. This year’s case is more complicated than some previous ones, as they have a clinical psychologist and a psychiatrist as witnesses.

Richard Vassar has been coaching the Souhegan mock trial team since 2005. In this time, the team has gone to the national competition twice, first in 2005 and again in 2011. He considers Souhegan one of the top three mock trial teams in New Hampshire. This season, the varsity team attended an invitational meet at Bishop Guertin High School. Marco Vogt was named an outstanding attorney, and Lauren Cavignano and Zachary Anton were outstanding witnesses. Aside from their award, the invitational was a great way to test their case theory and figure out what to fix for states. Team member Lucy Stover, a sophomore, is optimistic about returning to nationals. “It’s been a crazy ride, but everyone works super hard at practices, and everyone’s really determined to take it that extra step and bring Souhegan to nationals this year,” she says. 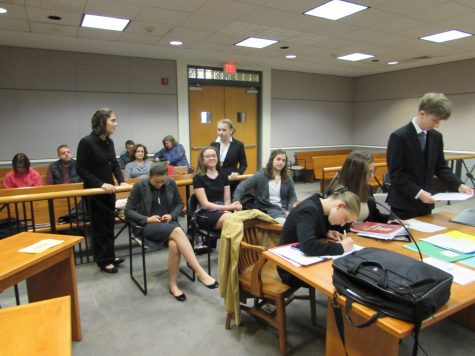 Mock trial isn’t just about the competition. Mr. Vassar emphasizes the skills learned through the process of the case analysis and presentation. “They learn to think on their feet, there’s critical thinking, there’s analysis of written word…they’re really lifelong skills.”

The team atmosphere is also positive, according to Lucy, who says, “It was my first year on varsity this year, so it was really intimidating at first, but everyone on our team is super welcoming.” Mock trial is a great way for students to compete on a supportive team while gaining an understanding of the American judicial system and learning skills that will help them throughout their lives.