New Year’s Around the World 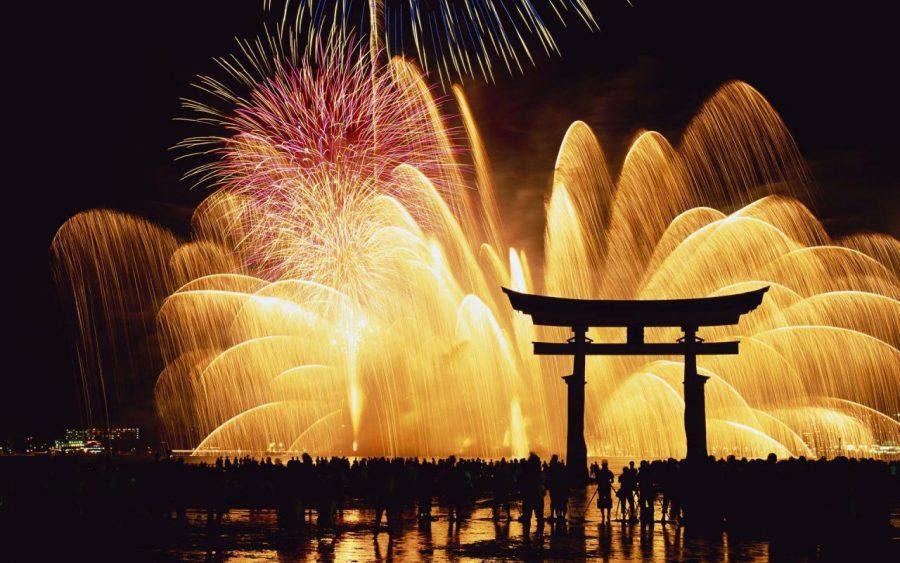 New Year’s Eve is celebrated all over the world with different traditions and cultural uniqueness.  As the US watches the ball drop let’s see how other cultures and nations celebrate the turn of the new year.

In Japan the new year is greeted with the deep ring of bells from temples all over the country.  Homes and shops will be decorated with pine and bamboo kadomatsu as a custom of the Shinto religion It is unpopular for the Japanese to stay up till midnight, the night typically is celebrated with a bowl of soba buckwheat noodles, mochi, and osechi-ryori.  Although one must be careful not to eat soba buckwheat noodles past midnight, for it is believed to bring bad luck into the new year.

While New Year’s Eve is thought of as a wrap up of festivities, it is just the beginning in Russia.  New Year’s Eve is regarded as Russia’s “super holiday”, a day of incredible celebration and cheer.  Meals consist of  herring, Russian style salad, caviar, and a dessert of fresh fruit or tarte.  Rather than having a Christmas tree, they decorate a tree for New Year’s to have Father Frost bring presents to all of the children of Russia.

Similarly to the US, France celebrates the New Year with dancing, great meals and bright lights all over the country. Food is very important in France especially on the New Year. Supper begins with a toast to friends and family, then the meal may consist of smoked salmon on toast, oysters, cheese platter, and for dessert a log cake. After families will gather around their TV to watch ‘Le plus grand Cabaret du Monde’ which features magic, dance and acrobatic performances until the clock strikes midnight.

South Africa throws one of the largest New Year’s Eve party in the world.  Beaches and clubs are full on this night celebrating with friends and family in the warm African weather.  Meals often consist of barbecues and fresh fruit. On the second of January South Africa holds Kaapse Klopse, a New Year’s carnival.  The Cape Carnival dates back to the 19th century, a day for the slaves to celebrate the new year.

New Year’s is a tradition celebrated globally with different cultural backgrounds and festivities.  Whether you are celebrating locally or seas away, Happy New Year!