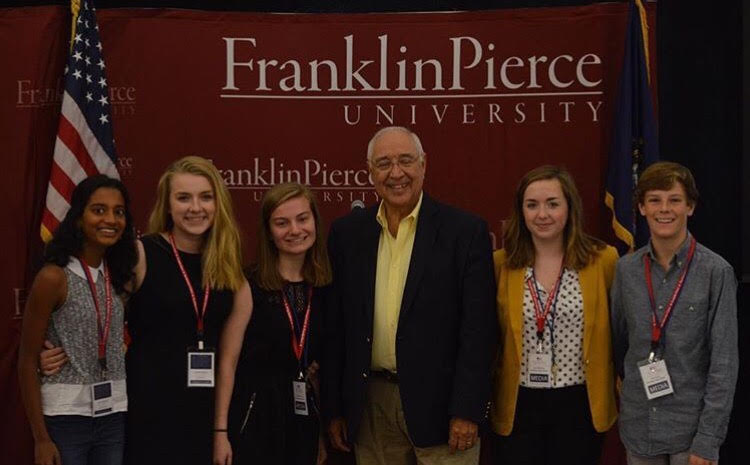 Sarah Eastland, Head Photographer for The Claw, will be photographing the event.“I was absolutely shocked when Adam told me we would all be getting to go… I know I’m going to have some amazing photo opportunities.”  This is a huge honor for the group to be covering such a prestigious event.

The group has been working towards this event since the summer of 2016, when they were invited to attend the political journalism conference, Presidency and the Press at the Marlin Fitzwater Center for Communication at Franklin Pierce University.  This conference included other students from schools throughout New Hampshire passionate about politics and journalism.  Students had to prove their determination and skill through extensive coverage of the fall presidential campaigns, to reach their final goal of an invitation to the Presidential Inauguration.

Compliments of Franklin Pierce University, the journalists will be able to travel down with no expenses.  As of now, the itinerary consists of a tour of the national monuments on Tuesday, tour of National Archives and dinner at the National Press Club on Wednesday and Thursday, then on to the main event — covering the Inauguration bright and early on Friday with a parade in the afternoon.  The group will also be interviewing Senators Hassan and Shaheen and Rep. Shea-Porter. The students will be leaving on January 17th on a train down to DC and will be returning on the 21st.