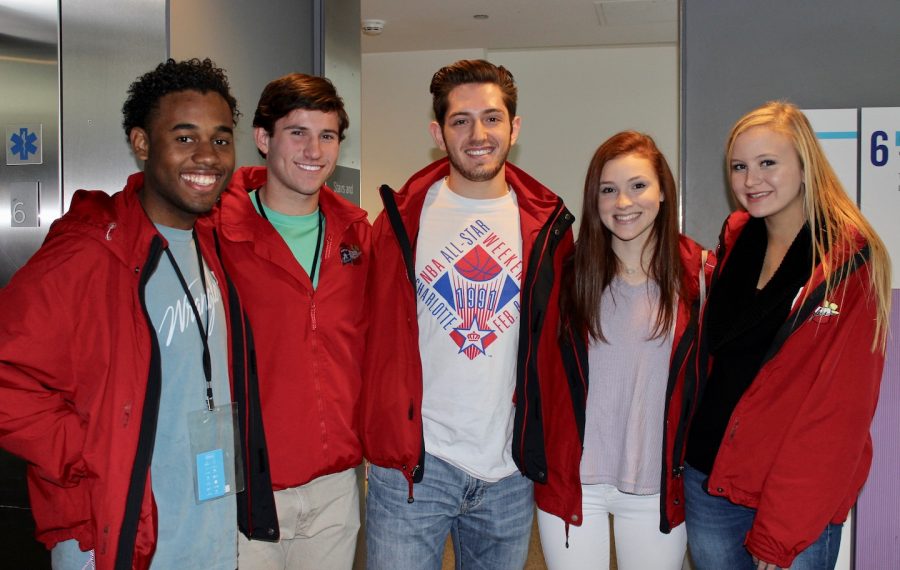 Continuing a 5 inauguration legacy, The Wranglers from Lake Highlands High School in Dallas, Texas and their mothers sat down with members of The Claw at the Newseum to discuss their week here in D.C. For the last 5 presidential inaugurations The Wranglers, a country western dance and stunt group from Texas, have performed at The Inaugural Ball. Dana Frost, mother of team captain Michael Frost, said “It is an honor and a privilege” for them to be asked back again to perform, especially as they are the only high school group from Texas to do so.

Javar Duckett, Calli Hickman, Delani Smith, Michael Frost, and Luca Gissellu have spent the last year preparing for this event and collectively fundraising almost $85,000 to send all of their 50 member troupe and chaperones to the event. They practiced every day and even have a class period in school dedicated to preparation, it’s “huge deal in their school” said Duckett. Almost 100 students from Lake Highlands High School tried out for the team last spring and it’s a very competitive audition process, according to one mother who has had two daughters make the team.

The group started this tradition five inaugurations ago at George Bush’s Inauguration, in 1989. The original founder of The Wranglers was a woman named Katha Black. Black knew someone who worked in the White House who “thought it was cool to have the experience of getting outside the state of Texas” says a mother in the group. Black also designed their uniforms to represent the state of Texas and to be used as publicity for the team no matter where they went.

The Wranglers perform at about 40 events each year, ranging from the New Year’s Day Parade in London to the Macy’s Thanksgiving Day Parade. In the past they have also been featured in music videos on MTV, such as the 1993 song by Little Texas entitled “God Blessed Texas”.

An example of The Lake Highlands Wranglers’ performances can be seen here: