With two days before the election, D.C. Is gearing up to live broadcast the Presidential Inauguration to the nation.  Telemundo, a Hispanic American television station centered in Miami, was setting up for their broadcast at the Newseum. 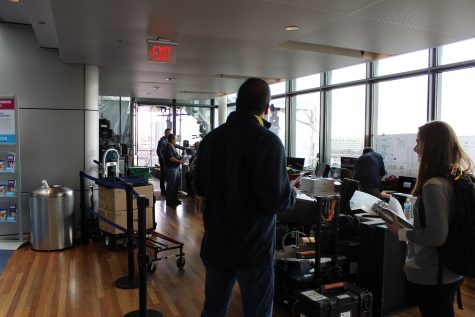 Tensions have been high between Hispanic voters and Trump administration.  Orlando Miguez, technical manager for Telemundo, says that this Inauguration is “a big deal, they are all a big deal, it’s a big deal to us.”  This presidency may affect Hispanic families in a multitude of ways, this broadcast is crucial to the community.  Miguez notes that “It’s unclear as to if the viewership will differ” from past elections.

The set was positioned on the top floor of the Newsuem on Pennsylvania Avenue overlooking Capitol Hill. Telemundo will start their broadcast Thursday morning and continue through Friday night.