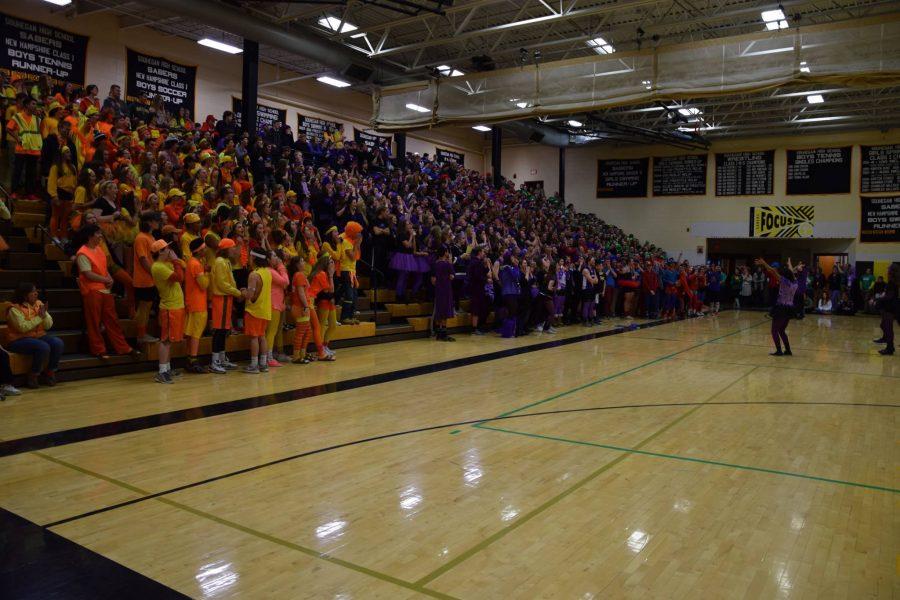 The class forum on Friday was filled with a lot of new information about Community Council and Fang Fest. In case you missed it here’s what happened:

The forum started with an update on all the recent proposals in Community Council. One proposal was denied, two were passed, and one is still in discussion.

Denied: The proposal to alert certain students before a fire drill, was voted down because in most fire drills only the person who is pulling the alarm knows when it will be pulled, and sometimes even the school doesn’t know, so there would be no time to alert the students.

Passed: The proposal to move the Student Activities Committee election dates from the fall to the spring was passed. This will give the committee more time to plan activities for the beginning of the year without being rushed. The Preferred Name Proposal to add another column to the attendance rosters was also passed. This will make students with nicknames or transgender students more comfortable when there is a substitute teacher who may not be familiar with their preferred name.

In Discussion: Currently, Community Council is discussing a Cell Phone Proposal. This would involve student putting their phones in a designated area at the beginning of class in exchange for academic opportunities like rewriting a paper or retaking a test. If you have anything to say about this proposal you are encouraged to talk to a grade representative or go to a council meeting on Mondays!

The second part of the forum was dedicated to Fang Fest! Students were shown the final schedule of all afterschool Fang Fest activities and here they are!

Monday – Scavenger Hunt, your grade is your team and there will be something for everyone to contribute.

Tuesday – Trivia Tuesday, come to show off your useless knowledge while gaining Fang Fest points for your grade.

Thursday – Hallway decorating, Jedi Knight Tournament, and Mural Paintings. There’s something for everyone to do whether you’re an artist, an athlete, or anything in between.

Friday – Hallway Cleanup, don’t forget to help out the janitors, it helps out everyone and it only takes a few minutes.