Op-Ed: Sophomore in a Sea of Seniors HYPE Experience 2017 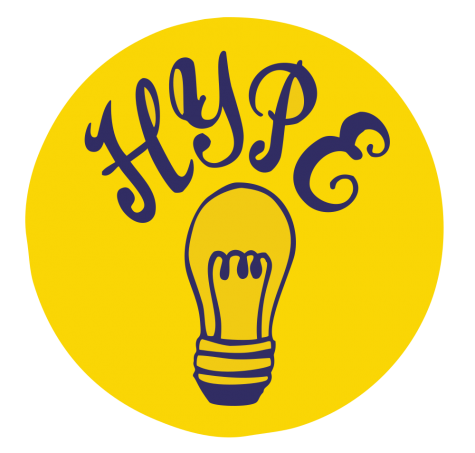 Let’s say I wasn’t exactly planning on going to Hype this year but I sure am glad I did. As a Sophomore, I was supposed to be in Quebec on my Wintersession trip this week but because of the Nor’easter that rolled in on our departure date was rescheduled. So, our group decided to come to Hype.

I will be honest, I was almost dreading it from the moment I heard we were going. “It’s a Junior and Senior thing, they won’t listen to us,” is what everyone was saying. I woke up early and was on the bus by 6:15. Not exactly the best part of the day. 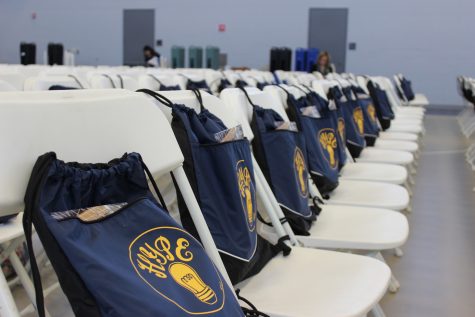 Arriving, we walked into a giant gymnasium full of rows of chairs and a stage at the front with the Hype Souhegan Senior MC’s, . They and the rest of the Ethics Forum ran the whole show, and did an outstanding job. The MC’s introduced us to the essential question, “What does it mean to be a responsible citizen?” Also they invited former NH governor, John Lynch, to speak to us. It set the tone for the day as it was positive and addressed some of the issues we have within our government regarding where trust has been lost between the two parties.

Afterwards, we were dismissed and sent to find out groups.This is what I was nervous for. I hoped to not be the only sophomore in my group, but sure enough I was. I was greeted by an excited Souhegan senior, Erin McCool, the facilitator for our small group discussion of about ten on the essential question. We all sat down in an uncomfortable silence. We didn’t know each other. As an icebreaker we played movie Pictionary and even though all drawings were quite horrendous, all movies were guessed from the picture and we all laughed in the process.
The conversation started off with all of us giving our own opinion on what it meant to be a responsible citizen. Iwas then preparing myself for a long 2 hour dry discussion on the ALE.  I haven’t finished in my division one book. Boy was I wrong again. Erin brought up a situation about a chemist who made a cancer curing drug that was too expensive for a husband to buy for his wife who would soon die without it. That man offered to pay half of the cost, which he had fundraised and pay the chemist back later for the rest. The chemist refused so the man broke into the lab at night to steal the drug for his wife. 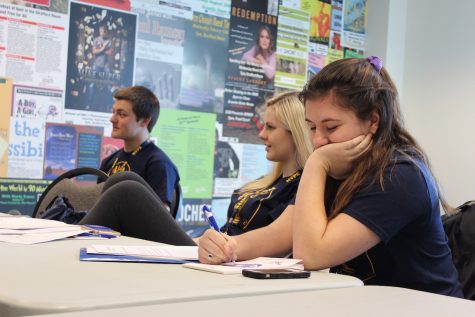 It sounds pretty simple, we all agreed, the man was right to steal the drug at first. The facilitators got us to think more. Who is being a responsible citizen here? Who is wrong? Does the chemist have the right to make his life saving drug so expensive? Should the man have stolen it as we have laws in place so stealing doesn’t occur which if people just started doing whatever they thought was right it would collapse our democracy. And finally where do morals play in all of this. Would that man have done the same thing if it was some stranger? The conversation blossomed from there. Everyone participated, and we became a group of individuals, most from different schools, conversing civilly, about topics that ranged from the election to personal scenarios that all related back to the essential question.

Gender, grade, political view, none of it mattered. We were just students who wanted to talk.. Even as a sophomore in a room with upper class men, I was treated as an equal when it came to what I had to say.

Most of the 1,100 students in attendance came from a specific class within their school, usually philosophy or public speaking class. At Souhegan though, you can come to Hype, without taken any prior class because public speaking is apart of our schools foundation. Everyone should go to Hype and take that opportunity to show their own opinion at some point during their Souhegan High School career.