Sitting in On a HYPE Discussion 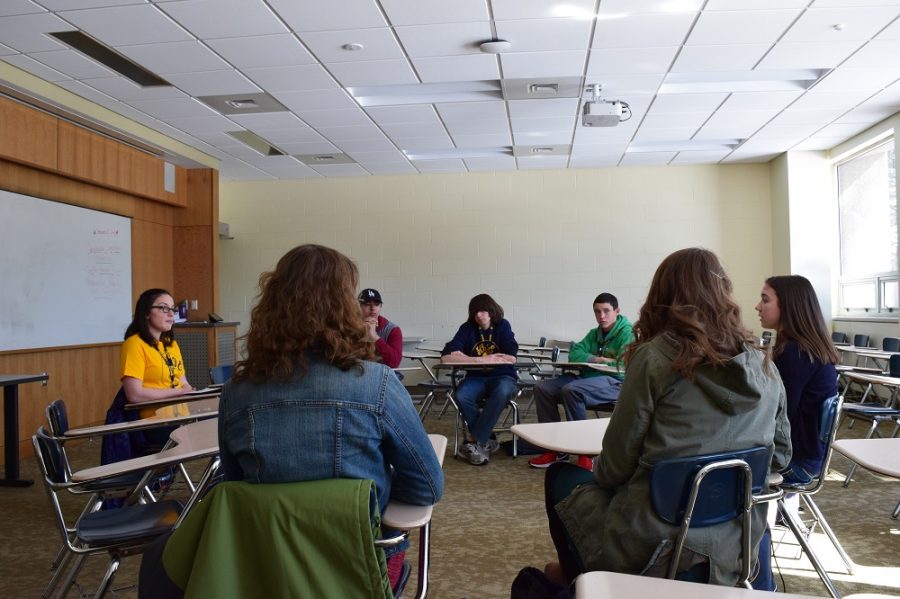 The HYPE Conference is an annual conference put on by the Souhegan High School’s Ethics Forum, with help from students from both Spaulding High School and Bedford High School. This year, about 1300 from New Hampshire, Vermont, Maine, and Massachusetts showed up to discuss philosophy, particularly addressing the essential question, “what does is mean to be a responsible citizen?” The conference started with a speech from the keynote speaker, John Lynch, and soon after everyone went to their assigned discussion groups. The discussion groups are the heart of HYPE. They bring together students from all over, with many different perspectives, to talk about philosophy.

I sat in on the discussion facilitated by Souhegan High School junior, Katie Giannakopoulos. There were eight students in this group from the states of New Hampshire and Maine. After quick introductions and icebreakers, they were all eager to jump into the discussion. One of the first things discussed was one of the essential questions, “If you think a law is immoral should you still obey it or fight it?”

Quickly, the groups found a way to apply it to their own lives, discussing a situation where something a teacher does or says, goes against something that they believe. One student argued that you should always respect teachers no matter what, saying that she is “only in a class for a year, or a semester, and if a teacher is not letting [her] be [herself], then that is okay because [she] can still be [herself] outside of that class and when that class is over.”  A few people agreed, adding that you have to think of the greater good, and sometimes “it just isn’t worth it to fight people”. Another student challenged her bringing up the point that  “as long as you are not hurting anyone, or restricting anyone, then it is the responsible thing to do to challenge someone who is enforcing a rule that you think is wrong – even if they do have authority over you.” 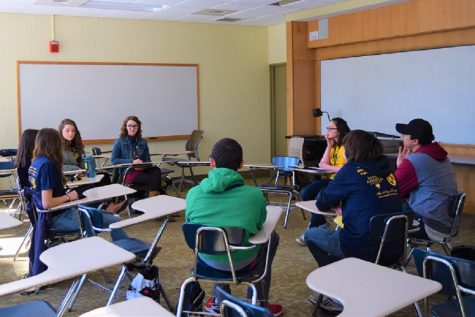 Toward the end of the discussion, the conversation had drifted to whether intention or consequences decide if someone is a responsible citizen. One student from Windham brought up an interesting story that her philosophy teacher has used when discussing this question. There are two guys driving on a bridge. The first guy cuts off the second guy, and the second guy gets mad. They both end up getting out of the car and arguing. In the argument, the second guy pushes the first guy and he falls off the bridge. But when authorities arrived they discovered that the first guy was a terrorist, and was trying to blow up that bridge. Is the second guy a hero for stopping a terrorist, or a criminal for pushing someone off the bridge? They discussed this for several minutes, and at the end of the discussion, after a lot of debate, the group all agreed that a person’s intentions are more important than the consequences of what happens. 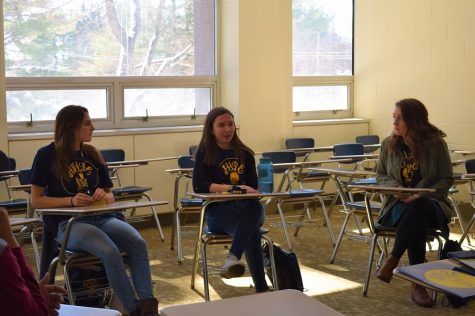 At the end of the discussion, I talked to a student from Sanborn. She said that the discussion was her favorite part of HYPE. She loved talking to people from different schools because “it shows diversity – like the real world. We can get stuck in our small towns and schools where the majority of people agree with us, and I think that we can be surprised when we get somewhere where people have different opinions and disagree with us.” And that is what HYPE is really about, hearing different opinions from all over New England on issues that matter.