Let’s Hear It For the 80’s: A Footloose Review 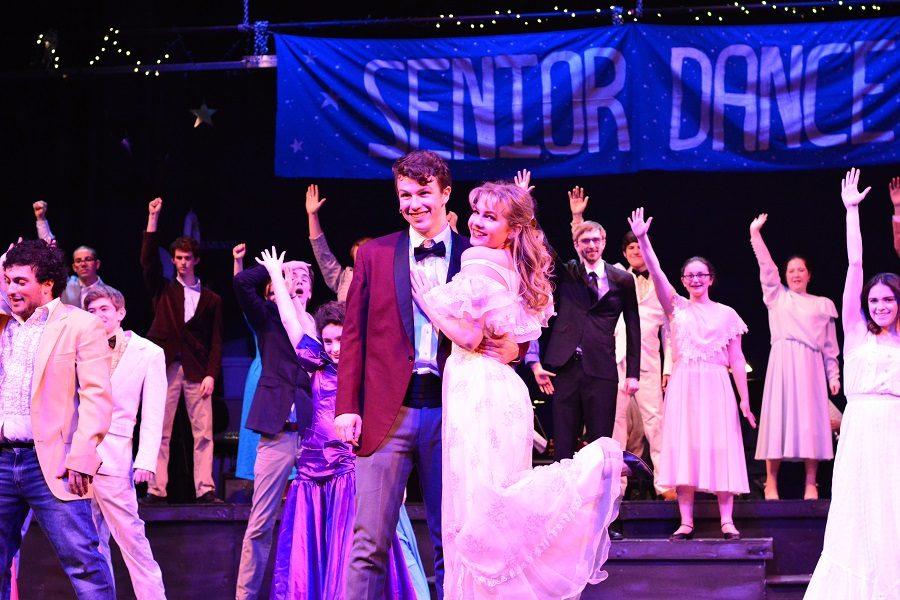 It’s a bit of a Deja Vous to see Jennifer Stover, Denise Jacobs, and Kim Whitehead direct together again.

For many of the students who participated in the theater club at AMS, the same directing team was in charge. The first highlight of this show is thanks to these three women and the casting.  Ren McCormack, the new guy in a small town, is played by Liam Conway. Liam put so much charisma and attitude into his character giving Ren the right amount of bad boy with a hint of integrity.

Dancing was definitely not a crime in this show. The choreography by Cayley Barry showed how talented Souhegan students are. The complex dances thought up by Cayley transported the audience back to the 80’s. Every face on stage was lit up with a smile.

Another huge success of the show was the music and amazing 8-part harmonies.  Under Kim Whitehead’s talented music direction, students are able to make the daunting task of perfecting a song or nailing a solo seem simple.

Rebecca Hall, who played Ariel Moore,  gave soul to her solos while still staying true to her rebellious preacher’s daughter character. “Let’s Hear It for the Boys” sung by Helen St. Cyr was also a hit with the crowd.

“The show is really rolling” says former Souhegan Theater Director, Steve Hodgman who came to see the show on Friday. Having almost a full house, the actors were “really feeding off the energy of the crowd” according to Jennifer Stover. The show ended with a standing ovation from the enthusiastic crowd.

This show was a wonderful representation of Souhegan students talents on and off stage. From amazing sets and quick scene changes to professional looking and sounding actors, Footloose caused the house to cut loose.