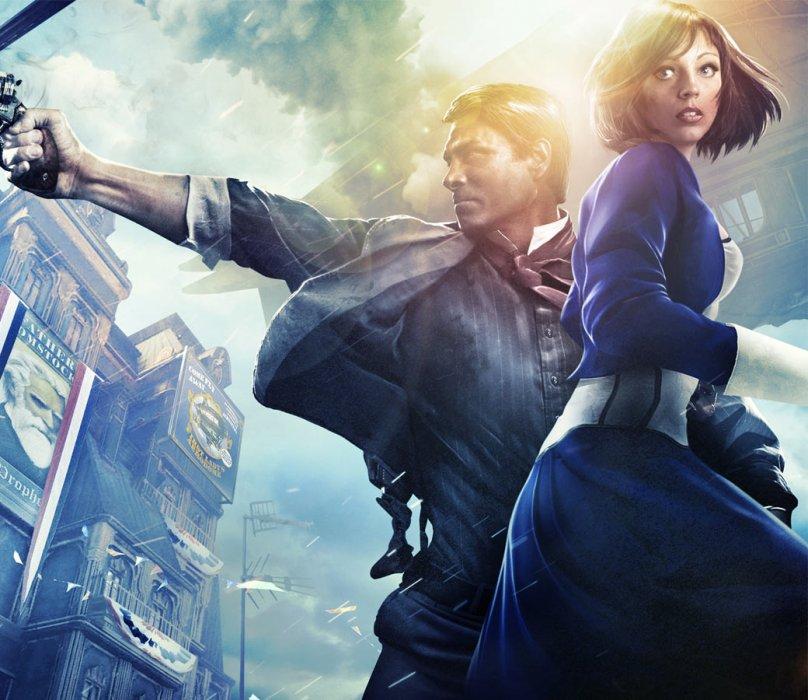 In 2010, it was announced that renowned video game developers Irrational Games and 2K Games would be releasing the third installment in their award-winning Bioshock series. After achieving over eighty pre-release awards at the 2011 Electronic Entertainment Expo and much anticipation from fans of the series, Bioshock Infinite was released on March 26, 2013. When it was first released, the action-filled first-person shooter received critical acclaim from fans and critics alike. Players everywhere enjoyed the game for its engaging story, fast-paced gameplay, and likable characters.

While the first two games in the Bioshock series took place in the fictional underwater city of Rapture, Bioshock Infinite is set in 1912, in a city floating in the sky called Columbia. Players step into the shoes of protagonist Booker Dewitt, a man with a shady past and a debt to repay. He must battle his way through Columbia in order to help a mysterious girl named Elizabeth, who wants nothing more than to escape the city. An intriguing cast of characters combined with the clever combat mechanics characteristic of the Bioshock series makes this a great adventure for gamers to enjoy. 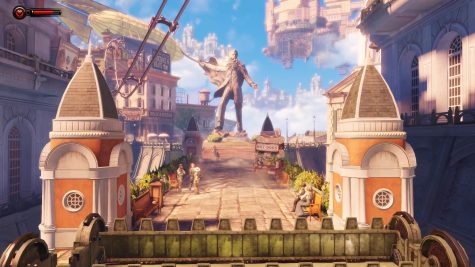 About two years ago, I discovered Bioshock Infinite nearly by accident while surfing the web. I was immediately interested in this game series, which seemed much more story-based than other shooter games I’d played. I played through the whole series that summer, but the one that I loved the most was Bioshock Infinite. Now, almost exactly four years since the game’s release, I’m going to write down my thoughts on as many aspects of this game as I can. I’ll also be discussing my thoughts on the Burial at Sea DLC, which served as an epilogue to the game and tied all three of the series’ titles together. Be warned- there will be minor spoilers in this review, so if you haven’t played the game yet, drop everything and do that right now. Also, please keep in mind that this is all my opinion and nothing I say here is the definitive word on this game.

I’ll start off by discussing the setting of the game. Bioshock Infinite took the series to new heights (literally) with the introduction of Columbia. Created originally as a floating American World’s Fair but later seceding to become its own nation, Columbia is packed with super-conservative, traditionally American values of the time period. It’s like every day is the fourth of July, except people are really, really religious and really, really racist. That being said, this makes for an incredibly interesting game setting, and I was constantly morbidly fascinated with the pro-Columbian propaganda scattered throughout the game. At the head of the Founding Father-worshipping, anti-immigrant, evangelical city is a man named Father Comstock, who is supposedly a prophet who was told by the angel Columbia to lead people to “salvation” in his city. Needless to say, the setting plays a really big role in the story. Speaking of… 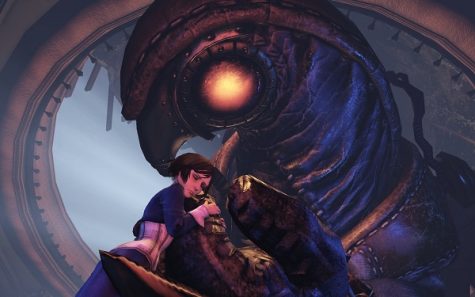 The story of this game is unlike any other I’ve ever played. While the Bioshock series is notorious for its insane plot twists, Infinite takes it to the next level. Of course, I’m not going to reveal the biggest twist of the entire game, but I will say that I had to sit back and reevaluate my whole life after that one. Anyway, Bioshock Infinite’s story is a good one, and the ending will stick with you. Another important thing to note are the themes of freedom, redemption, and the moral gray area between good and evil. Father Comstock, the leader of the Founders, is the primary antagonist, but the leader of the rebel Vox Populi, Daisy Fitzroy, is also an antagonist. This game explores the concept that those rebelling against their oppressors may not necessarily be the “good guys.” In the same way, the game also utilizes this to invoke a survivalist feeling in the player- that Booker Dewitt cannot trust anyone and must beat unimaginable odds to survive. 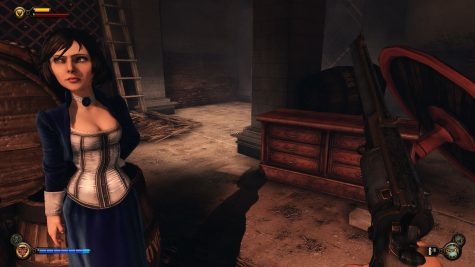 Booker’s a decent protagonist, but I can’t stress to you enough how much I adore the game’s deuteragonist, Elizabeth. Elizabeth is praised by the citizens of Columbia as a “miracle child” who will lead them to salvation, and she has been trapped in a golden tower for most of her life. However, she is less of a damsel in distress than I had originally thought playing the game. She can hold her own in combat, and even provides you with supplies in the heat of battle. She proves herself to be brave and independent despite her isolation, and her character is developed beautifully over the course of the game. It is also revealed that she can control rifts to parallel universes, a mechanic used often throughout the game. However, her story does not end with Bioshock Infinite.

Released in November of 2013, Bioshock Infinite: Burial at Sea provided players with closure to Elizabeth’s story, as well as giving fans of the original games a journey back to Rapture. The dual-episode Burial at Sea eventually allows the player to control Elizabeth rather than Booker, adding new combat mechanics to suit her character. As the plot of the DLC unfolds, diehard fans of the series will enjoy seeing the events of the first Bioshock game set in motion, bringing the series full circle. I found that Burial at Sea provided an excellent epilogue to the games, and gives the developers a point of closure should they decide to end the series there. 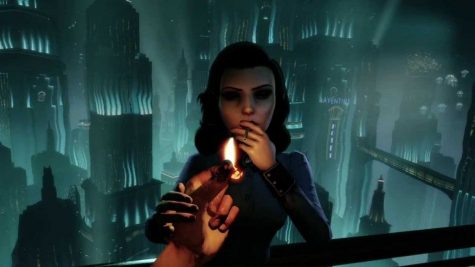 Although the original creative director, Ken Levine, has stated that he will not be making any more Bioshock games, there is still hope for fans of this beloved series. The series is now under control of 2K Marin, the studio that created Bioshock 2. It has been said that a Bioshock 4 could be in development, but I think that Infinite and its DLC gives Bioshock a full and engaging story to end the series with a bang. Just last fall, the remastered editions for the full Bioshock series were released, with up-to-date mechanics and gorgeous graphics- so there might be more in store for this series.

Altogether, Bioshock Infinite is a great game that I love with all my heart, and I would suggest that anyone interested in this game or gaming in general give it a try.

At the risk of sounding kinda pretentious, I’m giving this game 5 out of 5 stars on Alana’s Pretentious Game Rating Scale, which is totally a thing. Peace out.