Rough start for the Quebec group for the Sophomore Wintercession Trip 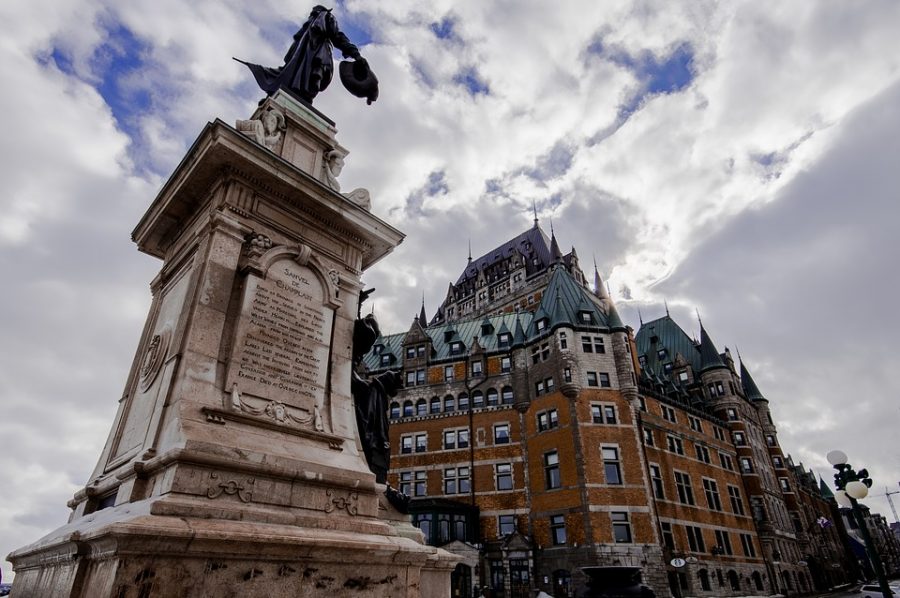 The Sophomore Quebec Wintercession trip did not start out as planned. A snow storm was able to delay the trip by a full week. However, this did not prevent the group from having an educational and enjoyable experience. They were able to learn from their new surroundings even if there was a language barrier as many people in Quebec spoke French.

One Sophomore, Khaled Nazeer, stated how his favorite activity was “definitely the free time we had walking around the city with my friends.” Along with the fun, there was also the learning aspect of this trip. Nazeer spoke of how he “learned about a new culture at a first-hand experience.” He also demonstrated how the educational experience was still fun as well, “I had a blast doing so.”

Another Sophomore, Izzy Cullen, talked of how “tubing was my favorite activity from Quebec”, but she also really enjoyed “shopping around the old city.” Cullen found that this was a strong learning opportunity as well and found that “as the week went on I felt more inclined to greet new people with French and speak to people in general from the city.” Nazeer agreed “we didn’t know how to speak French, but our tour guide taught us the basic words” and “it improved my interacting skills because it showed me how a simple hello can brighten someone’s day.”

Cullen spoke of how the group’s itinerary was “packed” and how they were always doing something even in their free time. She described how they woke up at 630 every day and didn’t return until 830. Some of their activities included “tubing, snow shoeing, shopping, and visiting a lot of churches and museums.” They were able to visit an ice hotel with the beds even have been made by ice. Also, many others stated how much they enjoyed the tubing and observing the old churches.

The Quebec trip did have its bumps along the way and the students stated that if they could change one thing it would be “the tour on the first day was a little long” said Cullen. However, she also stated that one thing she took away from the trip “is to go into situations with an open mind.”