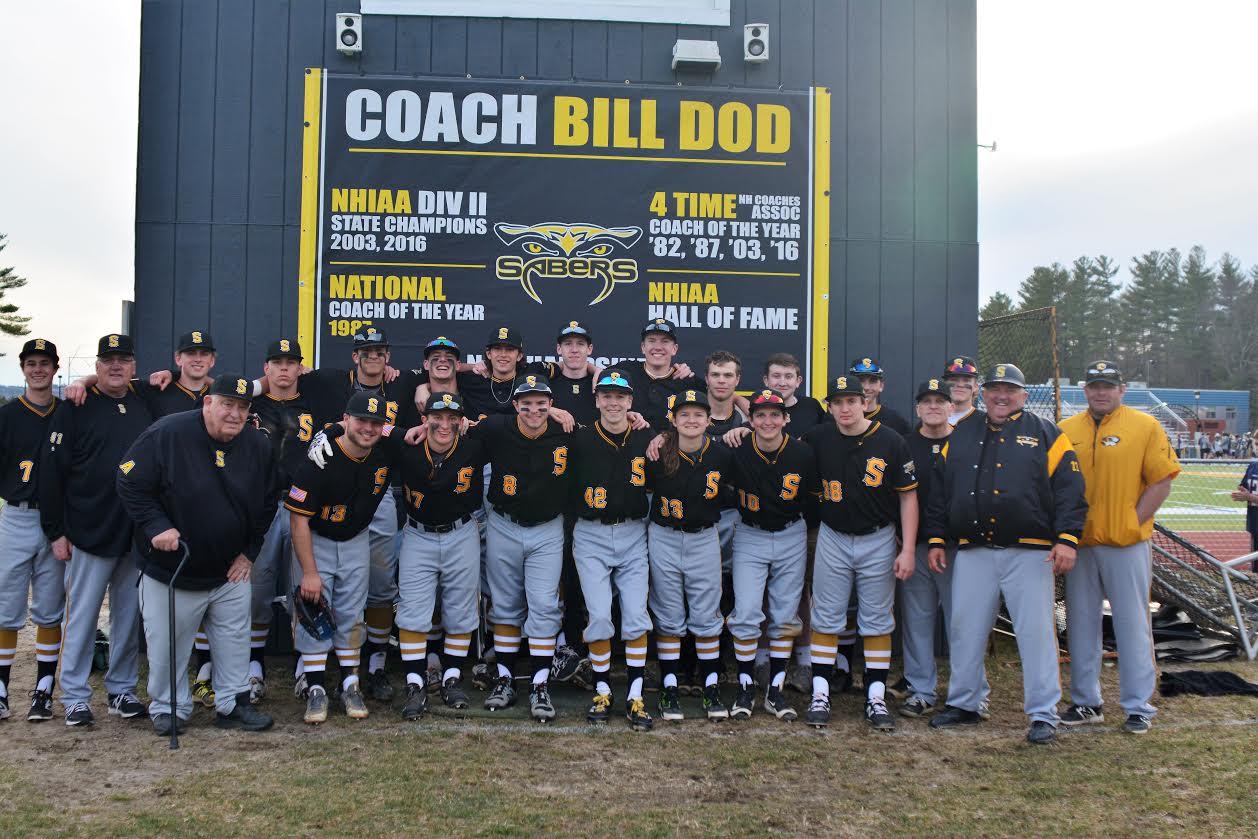 On Monday, April, 17 the Souhegan Varsity Baseball Team played Hollis Brookline High School. The Sabers’ had a rough start in the beginning as they were trailing 1 to 0 in the fourth inning. However, in the bottom of the fourth Souhegan was able to score six runs. The six runs were due to Owen Batchelder who reached on an error and Souhegan then followed with five hits. Alex Burns started the hit parade with a RBI double, Max Benevides infield single placed runners on first and third. Ryan Hill rbi single was followed by a Tucker Aiello rbi double and Caelan Behn 2 run rbi single made the score 5 to 1. With two outs Jacob Grassett rbi single put Souhegan up 6 to 1. A five-run fifth inning tied the score at 6 to 6. In the bottom of the seventh, Alec Burns led the inning off with a walk off HOME RUN and a 7 to 6 Saber win.
Max Leonard also contributed to the win through strong pitching as he came in to pitch in the fifth inning. He allowed just one run, allowing three hits, walked two and struck out six and picked up the win.