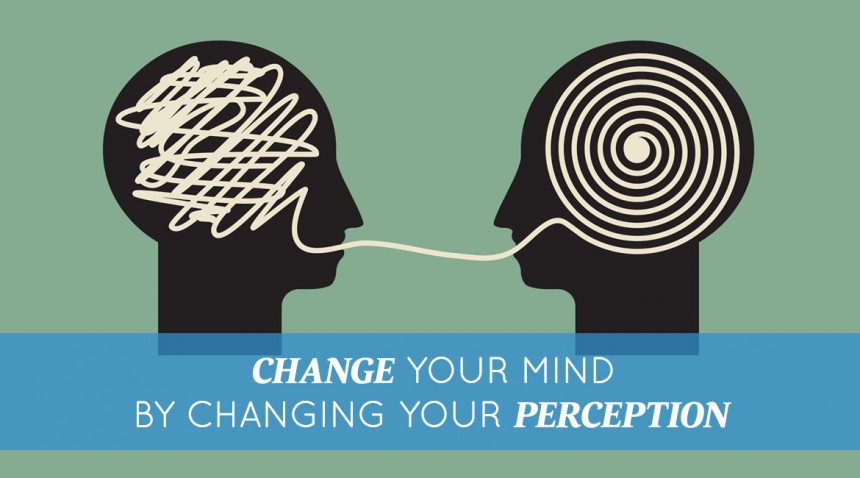 You Judge People More Than You Think

The human brain is wired to judge people and objects based on physical appearance.

Perception affects many aspects of people’s lives from how much they get paid at their job to how people treat them day to day. This phenomenon is because people rely on the processing of sensory information around them to make sense of something new, while building on what already know. This concept is known as association. For example, a person is able to see a chair and recognize from their prior knowledge what the chair is and how it is used without having to relearn.  The sensory information may be a sight, a smell, a sound, or any of the other five senses. When people receive new abstract information they process it into a way that makes sense to them. This association gives people the ability to make connections between new and old. Association gives people the ability to absorb information very quickly and process it into a form that makes the most sense to them. The way people process that information may be based on a person they already know or something about a person that they think they know. Association is a good evolutionary trait because it allows people to absorb surrounding information quickly as well as decipher a risk factor. However, it is also a drawback when people make negative assumptions about other people that they might not know, purely based off of physical appearance.

Malcolm Gladwell, the author of the book “Blink” calls this type of association “thin-slicing”. He explains that “We thin-slice whenever we meet a new person or have to make sense of something quickly or encounter a novel situation.” Unfortunately, association or “thin-slicing” also leads people to make assumptions or judgements about things and other people that may not be true. In fact, people often make judgements based on physical appearance whether it be gender, race, hair color, or what they wear. But it is important to realize that even though one might not realize they are judging someone, or that they are being judged by someone else, the judgements are still happening. If more people are educated on how their brain is working to form opinions on other people subconsciously, they will not act on negative assumptions they have about people. Rather they will realize their judgement and assess why they might think this way because their original thought when meeting someone new may not be accurate.

Ty Kiisel, a business evangelist, author, and marketing veteran as well as an editor for Forbes wrote an article for Forbes demonstrating how physical appearance affects wage gap in the Unites States. In this article he states that in studies done by George Washington University, Yale University, and University of Florida, tall men, blondes, people who are physically fit, as well as “handsome men” get paid more than other people. This is a real world demonstration of why association can be a bad thing. The ability of someone to do the same job of another person at the same level is completely being judged on physical appearance rather than actual skill.

I wanted to see for myself how much other people are actively judging people based on their physical appearance so I conducted a social experiment and put what I had learned to the test. There are many articles that can be found on the internet as well as in magazines, along with books that educate people on the proper dress attire to make the first impression. I used this information to observe for myself the information i have gathered through my research about people making judgements about physical appearance. I wanted to explore how this concept connects to me and my peers as young people heading into the real world.

The experiment was simple. One person was dressed in two very different ways. One outfit was going against what my research told me would make the best impression. The first time the person had messy hair and wore an outfit consisting of sweatpants, and a large oversized stained flannel that was misbuttoned. The second time, the person had well groomed hair and the outfit was what my research told me would leave the best impression. The outfit was a knee length black skirt with a black camisole and a white blazer on top.

The same person went out on the streets and simply asked people if they would be willing to sign a petition to raise the minimum wage in New Hampshire to $9 an hour. The results corresponded with what my research had shown me. Everything about the interpersonal interactions changed from one outfit to another. In the first outfit with the flannel, people would walk passed without even making eye contact. Their heads were down and they would ignore or dismiss the person asking them for a moment of their time. Some of the people who did take their time to sign the petition had made comments that supported my research as well. One person had said, “You should really change your clothes; you look unapproachable.” Another woman said, “I thought you were going to ask me for money.”

However, people’s attitudes toward the person asking to sign the petition completely changed with the second outfit. Many people approached her and initiated contact with her first. She did not even have to approach people to get their attention about the petition. People also smiled more toward her in the second outfit. Other people came in groups to sign the petition all at once. They also asked follow up questions about what the petition was for. When people denied signing, they made eye contact and said, “No thank you” rather than ignoring her completely.

All of the research I had done would have lead to this conclusion but it was shocking to see how much people judged others based on physical appearance. It is important in the world we live in today to realize judgements that may be crossing one’s mind about people someone has never met before. Instead, take a step back and think twice about the judgements we may be making and why we are making these judgements. Also, it is important to realize that these judgements probably are not accurate considering how differently the same person was treated just because they looked different. As high school students are going to college and are going to make many new friends, a person’s perception may have a great impact on who they approach in terms of seeking friendship. Young people should be in touch with their judgements and take time to get to know people for who they are rather than what their perception is telling them.

Sydney French is a senior at Souhegan High School. She conducted this research as part of her senior project, exploring the question, “Why does perception matter?”