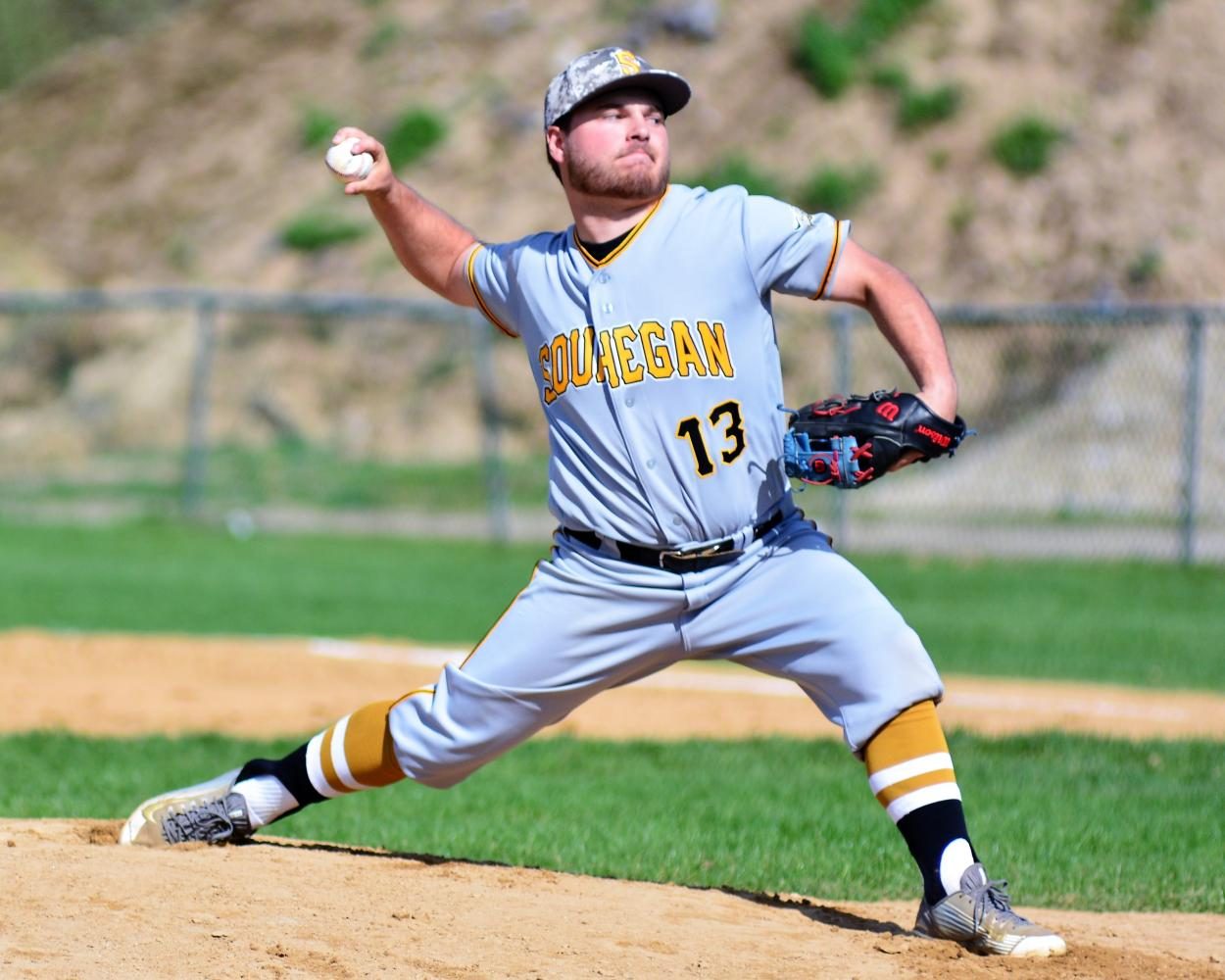 Souhegan Sabers defeated Pelham High School 10-0 on Thursday as three pitchers combined to throw a shutout. Alec Burns threw three innings allowing one hit was the winning pitcher. Max Leonard and Tucker Aiello each pitched one inning allowing one hit each.
Ryan Hill was the defensive player of the game as he chased down a fly ball in right center. The centerfield made an outstanding catch and threw a strike from right center to Owen Batchelder to double off the Python base running ending the innings and the game.
An early lead helped propel the Souhegan Sabers to victory. In the first inning, the Sabers sent thirteen players to the plate as eight runs were score with a home run to left field off the bat of Bryce Reagan leading the way. Alec Burns (single), Max Benevides (single), Caelan Behn (rbi single), Davis (2 rbi double), Ryan Hill (rbi single) and Bryce Reagan (2 run rbi single) all registered hits in the first inning.
In the third inning, Ryan Hill singled, stole second and went to third on a wild pitch. Bryce Reagan hit a deep fly to center for an rbi sacrifice fly. Alec Reagan finished the Sabers offense with a deep home run to right-center and a 10 to 0 victory.

Go out and support the baseball team in their next game!