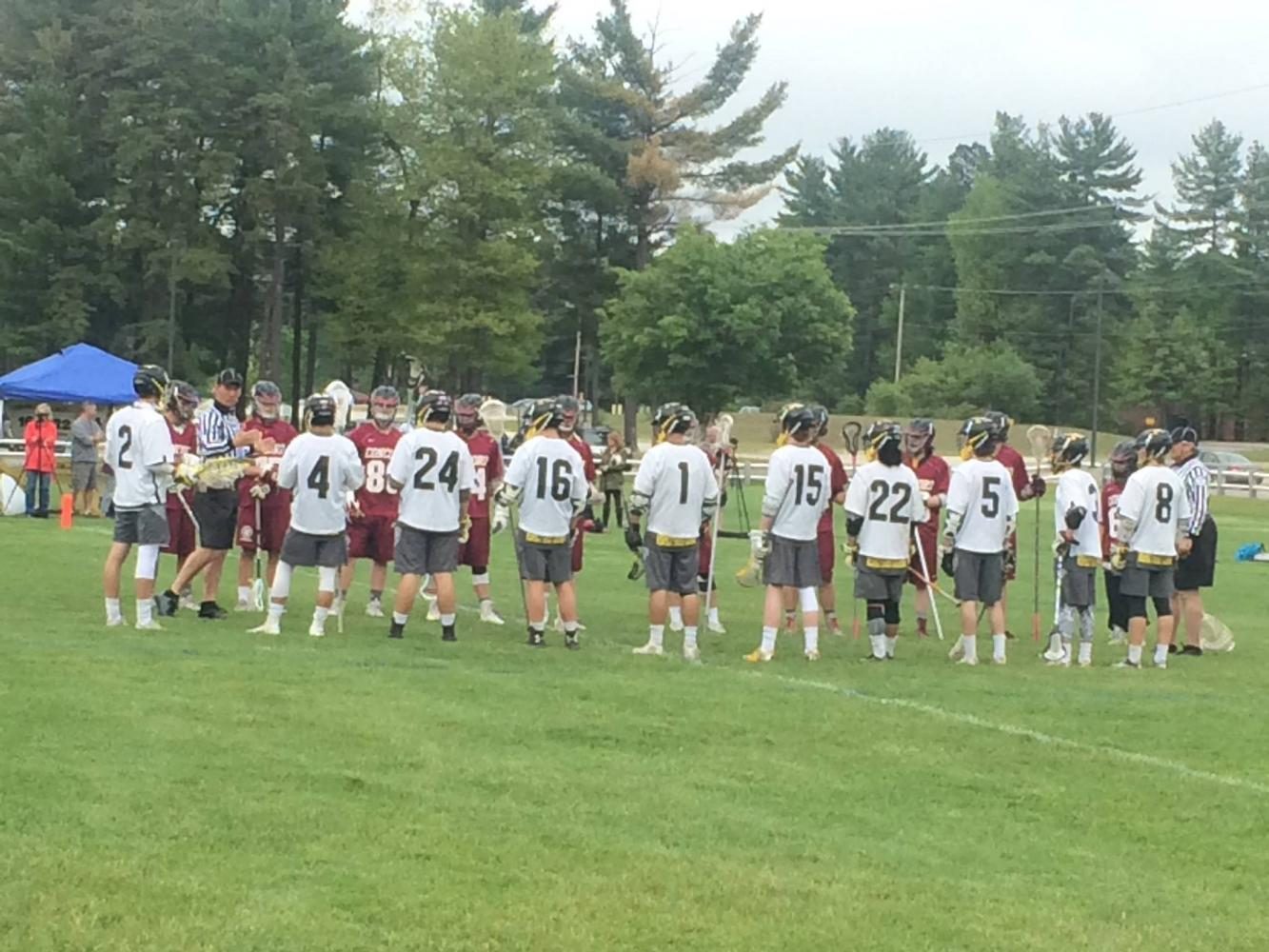 Souhegan has shown to be quite a strong side going into this tough game with 6 wins and only 2 losses. They looked to increase that win count on Monday, May 8 at 5:30 pm at home. It was not seeming to go in the way of the Sabers at half time as the Crimson Tide was up 4-3. However, with a dominance at the defensive level, the Sabers were able to allow just one more goal by Concord in the second half. This dominance was largely due to Junior, Sam Ezequelle and Junior, Palmer Belowski who both had 5 groundballs. Another immense reason to the win was Souhegan’s goalie, Senior, Alex Burnley who was “brilliant in goal” according to his coach Keith Bertrand as Alex stopped 9 shots from crossing the goal line. The offensive effort also obviously contributed heavily with Junior, Ethan Hopey, and Freshman, Curtis Redd, both getting one goal each and Sophomore, Tyler Hall picking up a pair.Sophomore, Nick Jordan, and Senior, Foster Burnley also added to the score count, both scoring in the 4th quarter to put the Sabers ahead for the victory.

Get out there and support the Sabers in their next game! Go Sabers!