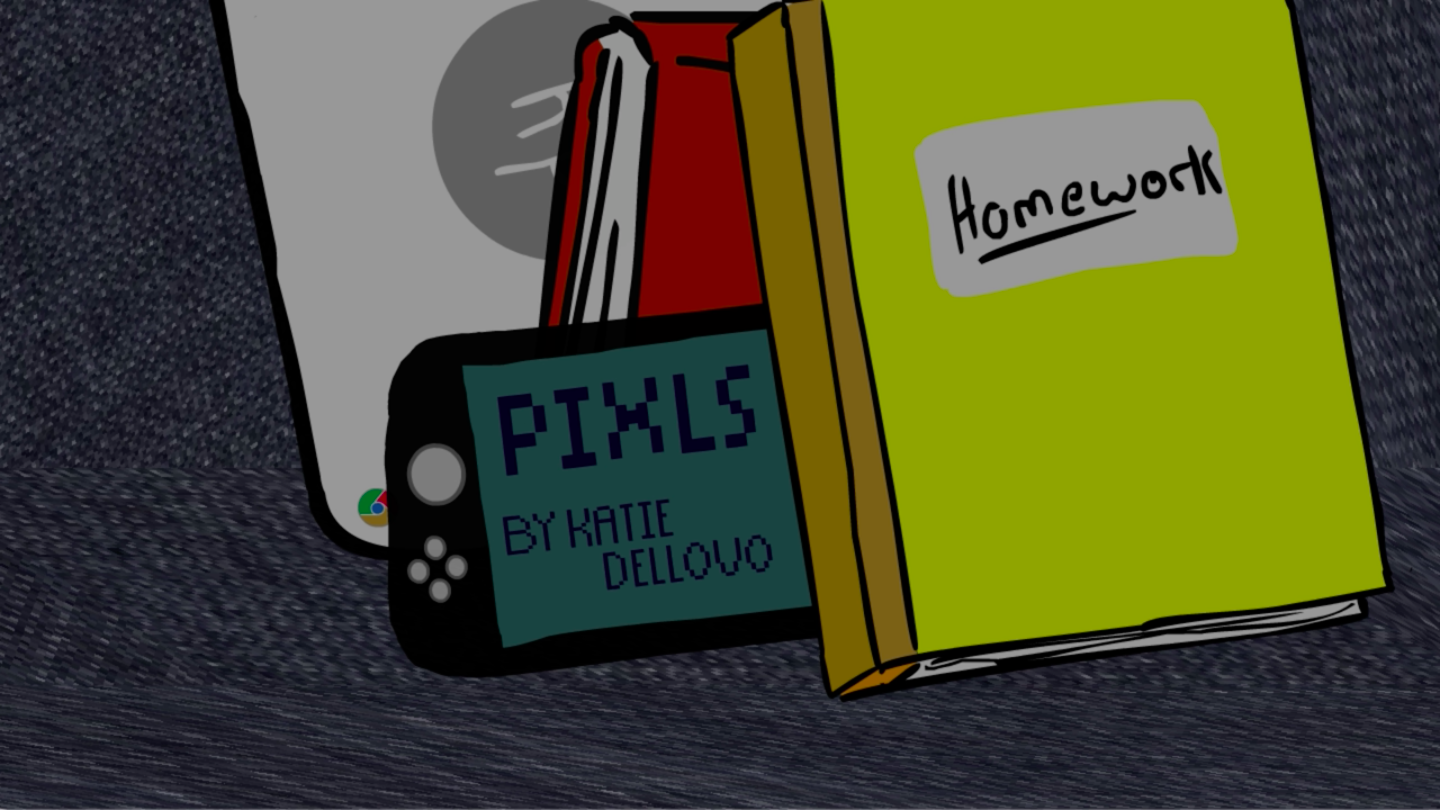 Katie Dellovo is a sophomore at Souhegan whose short animated film, Pixels, was recently selected for the New Hampshire High School Short Film Festival. The festival was founded in 2008 to support and encourage students interested in filmmaking. This year, it included 24 student-made films from high schools all over the state, and categories such as drama, comedy, animation, and commercials. Katie’s animation tells the story of a student whose life is taken over by technology, and the terrible consequences this can have. Watch it here.

How long did this animation take?

Katie: It took me about a month and a half with about an hour each day from class. Every once in awhile, I stayed after for a bit.

What’s your favorite shot or scene in the video?

Katie: My favorite shot has to be the very first thing you see. At first, I had absolutely no clue on how I wanted to start, so I just began to draw. After that, the scene seemed to click into place and I started feeling really excited.

What was your inspiration for this piece?

Katie: My own life really. A couple of years ago my life became just technology. I saw my grades drop and all I wanted to do was play video games. Thankfully I’m out of that slump, but I know this does happen to a lot of others just like me so I wanted to express that in my animation.

What animators or animated movies have inspired you?

Katie: Hayao Miyazaki’s animations are beautiful. He has created animations like Spirited Away and Ponyo which are two of my favorites. The movies are just so creative and fun! I loved them since I was a kid!

Katie: I would love to have a career in animation! That is my ultimate dream job! I think it would be so cool to draw all day and get paid for doing so! I realize that it’s so hard to get into that type of career but I’ll definitely try!

Pixels was shown at the 2017 New Hampshire High School Film Festival on May 20th, and won a Sabies award for Animation. Congratulations to Katie Dellovo on her achievement!