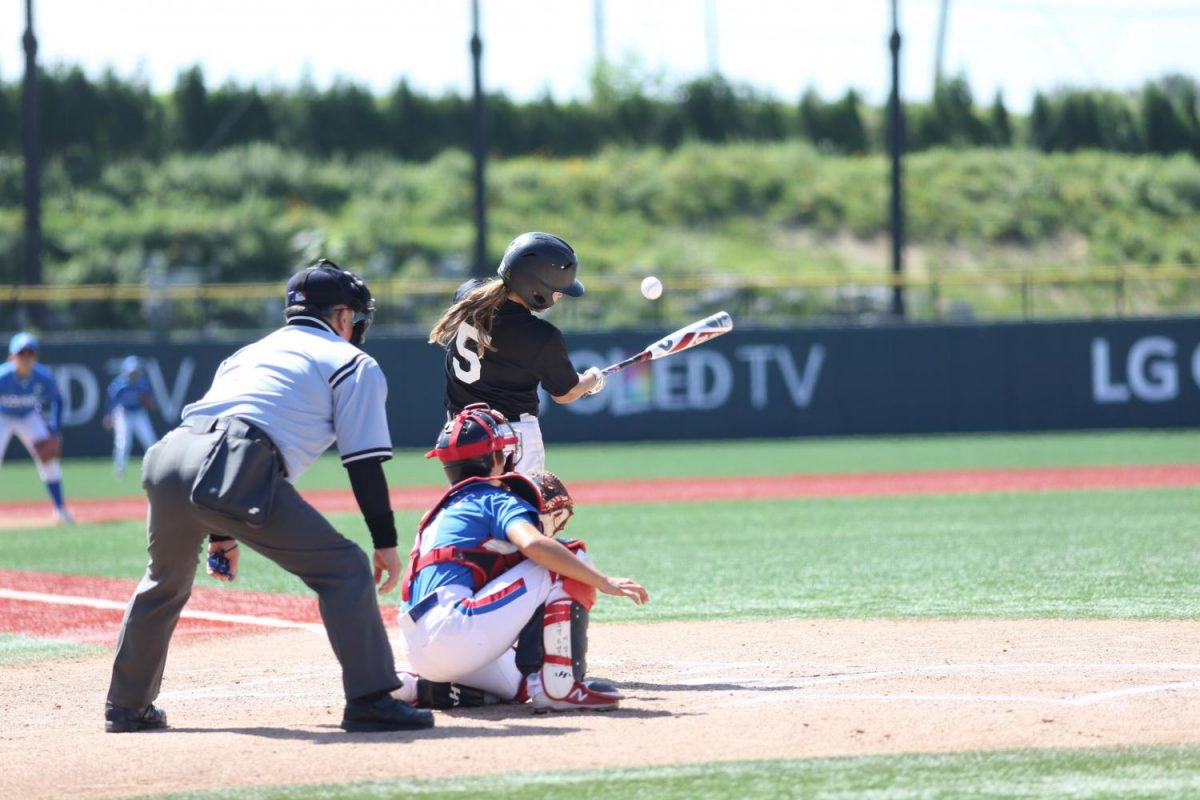 Beth Greenwood, a Senior at Souhegan High School, has been playing baseball since before she could remember. “At a young age most girls and boys play together during tee-ball and early baseball, but then most girls shift over to softball,” explains Beth, “but I just never felt the need to.” Now playing Varsity ball with Souhegan Beth has definitely shown that she doesn’t need to change over to softball.

Along with playing for the Sabers this summer Beth took part in an all women’s baseball team with women from all across the country. Beth being the only girl who plays baseball in New Hampshire was well known throughout the women’s baseball community and eventually found her way on to the “U.S. representative team” explains Greenwood. Beth was also friendly with the coach, Justine Siegal, which also brought attention to her for making this team.

The team participated in a tournament which included “eight teams in seven countries,” according to Greenwood. “These eight teams included two teams from Korea, one of which [was] their national team, a professional squad from Japan, and teams from Hong Kong, Australia, France, and Taiwan”. Although most teams were about the same age as the U.S. squad, high school with some college level players, the Japanese and Korean teams were in their mid 20s as they were professionals.

Coming into this tournament the U.S. team were definitely underdogs as she describes how “they kind of rig it so Japan wins one side of the bracket and Korea wins the other half so they play each other in the finals” says Greenwood. This was not the case this year as the strength of the U.S. team obviously came as a shock to the Korean team who played each other in the first round. Greenwood’s team ended up defeating them 10-6 which was largely due to them scoring “eight runs in the first inning” explained Beth.

Although women’s baseball is pretty unknown for the most part in the U.S., it is quite the opposite in other countries with “the coaches for Korea refusing to even shake the American team’s hands” says Greenwood. This represents how seriously they take baseball in Korea as its shows how frustrated they were after this loss whereas it is always etiquette to shake the opposing team’s hands in any sport. This need to win is emphasized when even the coaches refuse to shake hands with the other team. This is largely due to them, payed professionals, losing to American high schoolers.

After this memorable early game Beth spoke to how the upcoming games “weren’t as close” as they swept past Taiwan and Hong Kong. Then came the championship game against the infamous Japanese who were yet to “give up a run the entire tournament”. The big game was broadcast on television and played in a big stadium which is quite different to the fields that most of these high schoolers were you used to. Going into the championship Beth described her feelings as well as her team’s feelings coming up to the game saying how they all were, “very nervous as they had never played with such high stakes before”. Another factor with contributed to their nervousness could have been that in Japanese culture they do not let up as shown by them scoring “61 runs on France”. The American team did not do that badly in fact the championship game was actually Japan’s “closest game of the entire tournament”, even though Japan still won 13-0.

Beth plans to continue her baseball career and is “trying out for Team U.S.A. in June”. She plans to “make the 40 man roster as a backup catcher” and hopefully see some game time.