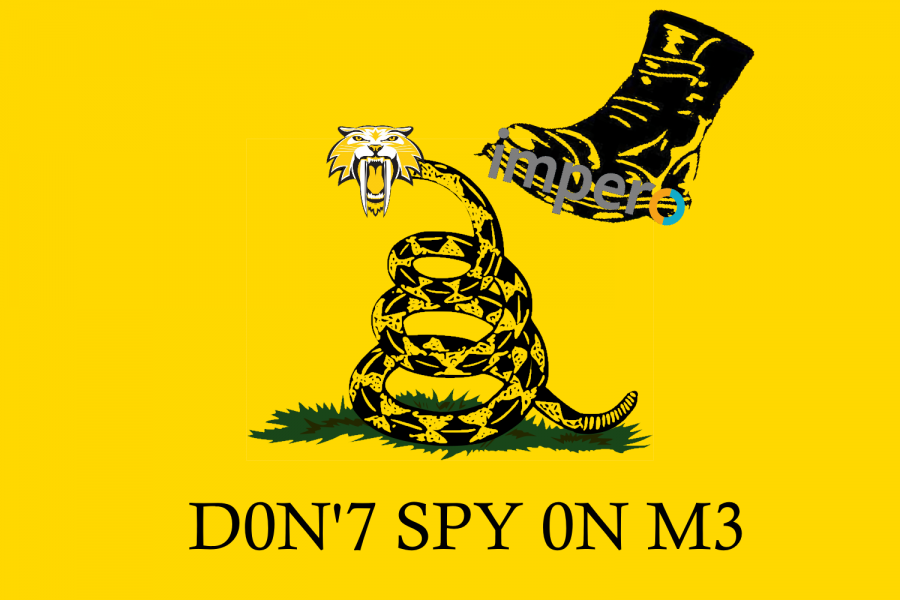 This is the first year that the Sophomores and Freshmen got their own, personal, school-provided “One to One” laptops. While these laptops are very convenient and useful, they can also be potentially a way for the school to monitor you via an installed piece of software called Impero.

Impero Education Pro is a piece of software that monitors everything you type, searching for key words like “drugs”. “The software then logs the capture in a … database as a screenshot or video recording with details of the incident, including the user, the application, the date and time.” Staff can also “Set automatic …[actions], e.g. ban internet, lock screen” when a certain keyword or keywords are found. This means that if Impero accidentally detects something bad, you could be locked out of “your” computer. Then the school administration can see the screenshot / video recording sent.

Impero does this by putting code into all programs on the computer (via a .DLL).2 In other words, makes its code run before your program starts up. Also, programs start slower than usual, making a computer that already runs on 4GB of RAM (the average for 2013, which was before Windows 8.1 was released) stressed to run even a few applications.

In addition, Impero has “…[a] live thumbnail view of student devices”, allowing the staff to see everything on your screen. Staff can also trigger a screenshot or a screen recording at any time.
“A complete log of all online activity, including screenshot and video captures … provides a historical timeline of user activity, including username, computer name, application or website, time, date and screenshot/video recording…”
Apparently, Impero can “track devices using geo-location management”, although it’s unsure what this means. It may be referring to the ability to assign rules per room, or a more in-depth tracking system. Also, Impero allows the network admins to remotely control your computer and add software.

And in case you wanted to remove or disable Impero, you can’t. In fact, you can do very little with “your” computer because you don’t control it. Your account isn’t an admin account, so you can’t add or remove programs, or even the desktop shortcuts that you don’t use.

And in case you thought deleting a document deletes it, Impero “stores data captures of incidents/web history/application use/printed documents/deleted documents and activity timeline”.It isn’t very subtle about itself, announcing itself with a desktop notification whenever you log in on school WiFi that “Impero Workstation is Active”. Its in the taskbar, too, so clearly it isn’t trying to hide its presence.

So far, fairly few students and even teachers know what Impero is and what it does. When asked about it, John Ranta,  computer teacher said:
“…I don’t know much … about it. I first noticed it when I was logging in to a computer in Lab 241, so it is running in the computer labs. A little window popped up, telling me that an app was launched, called Impero. As far as I know, no one has announced it, so I don’t know who authorized it. And I don’t know if it’s been put to use.”
When I asked members of the Community Council this year and last, none of them recall voting or even discussing this. Clearly, this was not authorized by students, and not well communicated (if at all) to teachers.

When asked about Impero, Christina Len, the SHS Technology Specialist, said:
“Impero is a teaching management software that will be very useful in classrooms … It allows the teacher to have some control over the students’ laptops during class, for example, they could push out a link to everyone’s laptop and have each student click on the link rather than having to type it in.”
She also says that it is not active and does not work at home:
“Impero does have some monitoring capabilities, however, we will not be using those here. Impero only works at school, not at home. At this time, Impero is not active. We installed it on the 1:1 laptops just to make it easier for us when we do activate the product.”
HOW TO CHECK OUT IMPERO FOR YOURSELF

If you would like to see where Impero is on your computer, click on the up arrow in the tray (bottom-right of the screen):

Click on the orange and blue ring icon to reveal a menu:

Clicking on the “Open Impero Console” icon just results in the error “You are not permitted to run Impero Console”. Clicking on “Properties” reveals information about your computer. Clicking on “Personal Groups” reveals a sub-menu where you can add yourself to a group or remove yourself from one, but none are available. The most interesting one is “Disable Impero”, which asks you for a password. Entering something in and pressing “OK” simply closes the dialog and nothing else happens. 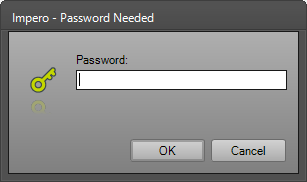