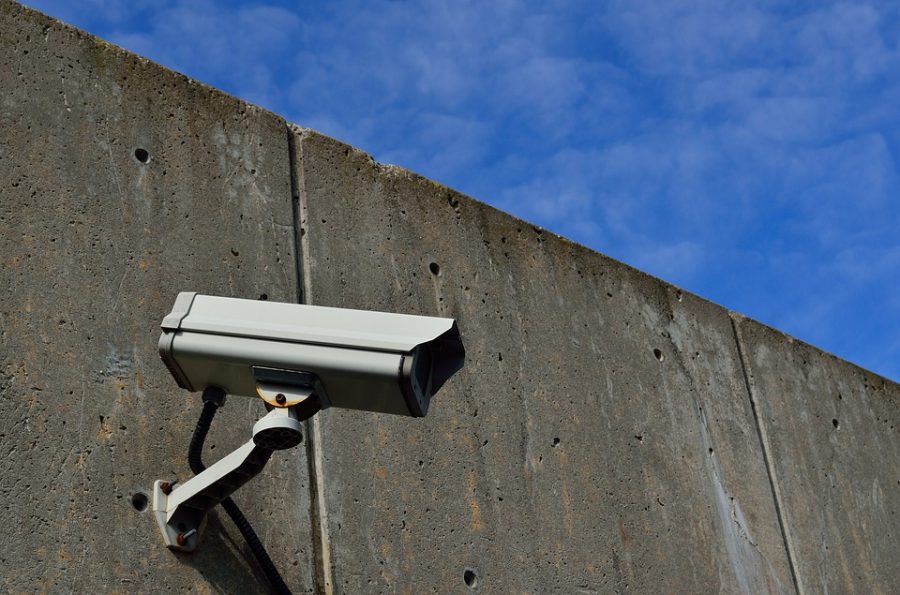 Last Monday night the security committee met with the community including the Souhegan High School school board, teachers, parents, students, and any other member of the Sau 39 community. The night, as told by the principal of Souhegan Rob Scully, was about sharing the work that they had completed as of that point. They talked about all the research which they completed over the summer and now, as SuperIntendent Peter Warburton put it, “this is about nothing but listening to you.”

They did leave most of the time to the community to get feedback from them, but first, they had to lay out all of the work that they had done. Scully started with their overall goal of this security committee and plan which was “To develop a comprehensive safety and security system providing the safest, dynamic teaching and learning environment possible.” He also spoke to what research their plan is based on, which included, data from the US  Department of Homeland Security, NH Department of Safety, and the US Department of Education were some highlighted. 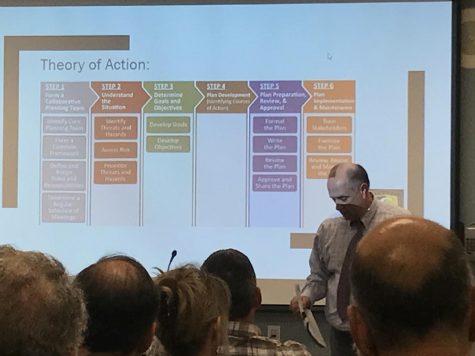 A Senior at Souhegan and moderator for Community Council, Melody Chen, spoke on some of the things that Community Council has done to get the students’ feedback. She began with the survey that was compiled for all students at Souhegan which was used to “hear back from the students on how they feel about security.” That statistic showed that 62% of students felt a safety of 5 out of 5 ( 1 feeling very unsafe and 5 feeling very safe) while only 2% of students felt a safety of 1-2. Chen spoke on what made the students feel unsafe even though there were so little, “the areas which made the majority of people feel unsafe was a fear of other students and personal anxiety.”

After the presentation from the security committee, the floor was opened up to the people. There were multiple people who made points for and against increased security in the areas laid out by the committee.

Sue Downer, a chemistry teacher at Souhegan, focused her speaking time on how the committee is focusing on the wrong issue based on research as well as her own personal experiences. She stated how she tells her students every year that her classroom is the “most dangerous classroom in this (Souhegan) building.” Her point towards security is that her class size had “gotten significantly larger” and this affects the safety of her students. The National Science Teacher Association, according to her, stated that there are “accidents due to overcrowding” and the accident percentage for the class that Souhegan aspires to at about 18 (kids) is 10%, according to Downer. She went into more detail on this stating that Souhegan has “80% of our science classes in the 20-60% (accident percentage range).” She brought the question up to the committee, “shouldn’t we take some time and look at safety on a daily basis… as opposed to a 1-80000 chance of an active school shooter being here at Souhegan High School.”

James Marcella, a physical security professional, spoke to what he believed Souhegan should focus on in terms of security. His first point of focus for Souhegan was “access control; knowing who’s coming into your building and who’s leaving your building.” His second point was communication and more specifically “being able to communicate with each other.” And finally, the security cameras which seems to be the most controversial point of security. Marcella expressed how Souhegan should “prioritize it (security for Souhegan) in that order; controlling who’s coming into your building, make sure you can communicate with each other.. and then video surveillance.”

Along with these points were multiple other perspectives which can be seen on the SAU 39 website live stream.