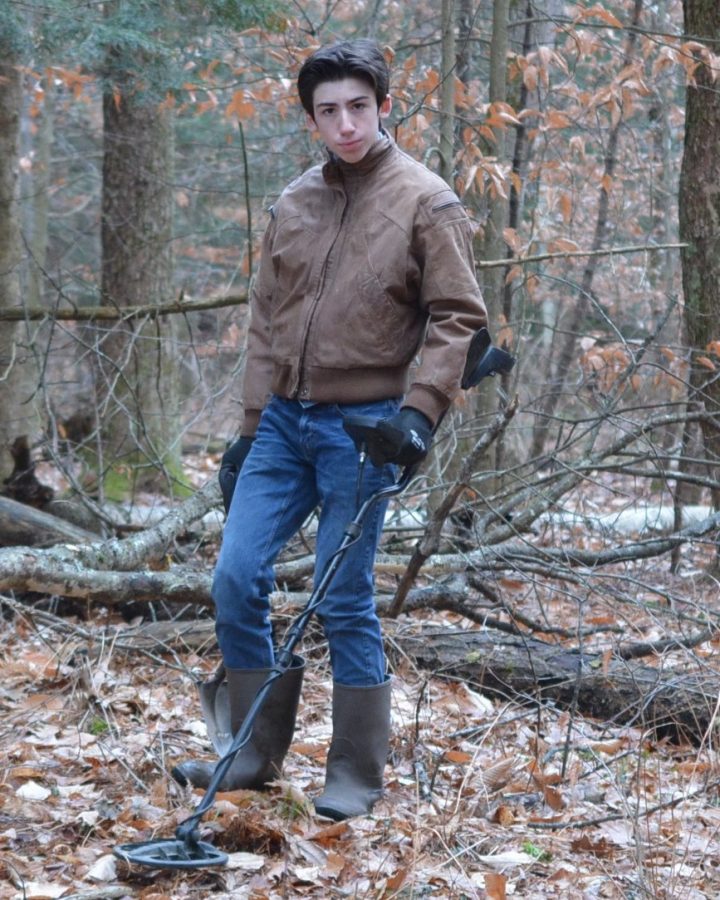 Daniel Herrero is a junior at Souhegan High School and a first year Saber. Herrero recently moved from Derry, New Hampshire and came to Souhegan from Pinkerton Academy. However, this isn’t the only thing that sets him apart from other students at Souhegan.

Daniel has a passion for history which has lead him to become interested in metal detecting. He started out in 2013 as he was “a coin collector at the time”, says Herrero and so he “read online that you can find old coins metal detecting”. His first days of metal detecting saw him obtain a Hot Wheels car in the backyard. Daniel spoke on “what really started it for me was later that year I found a 1700s button and that really got me hooked”. Over the years Herrero has able to obtain “a jar filled with colonial coins” along with many other historical artifacts.

In order to find these artifacts he stated how he “looks to find out if the place [area metal detected] is public or private” and then uses “high resolution LIDAR imaging” to find old settlements to metal detect. Herrero spoke on how he actually used LIDAR to find a settlement from the 1700s in Amherst that was unfortunately already metal detected. He was also able to find the area of a burnt down house from the early 1820s where there was an old cellar underneath the site of the house.

Herrero has found multiple rare pieces in his metal detecting career including two early United States large cents. These ancient pennies were “dropped in mint condition and worth around $15000 if found undug” said Herrero. Along with the expensive pennies are multiple other surprising items including “a 1740s sundial made by a famous Pewter Maker” described Herrero. This sundial is currently on loan at the Town of Derry Museum along with “old bottles that were made in Derry in the 1800s” and “two World War I dogtags”.  Herrero has also been able to apply his passion for history and metal detecting in writing articles for a metal detectors magazine.

Daniel has written five articles for Western and Eastern Treasures and some of his articles include “everything I [Herrero] found in 2014 and why I’m interested in metal detecting”. Herrero also described the publishing process for the magazine “I wrote an article on the sundial I found later on and I was scared because they had not responded, but then I got a check in the mail and they said they published it”.

Daniel Herrero is currently working on another article for the magazine on colonial buttons. He spoke to the proposition of metal detecting as a job saying “it depends” as he also has a passion for wildlife biology. In terms of metal detecting, Daniel is looking into areas in Mont Vernon and New Boston before the winter hits.