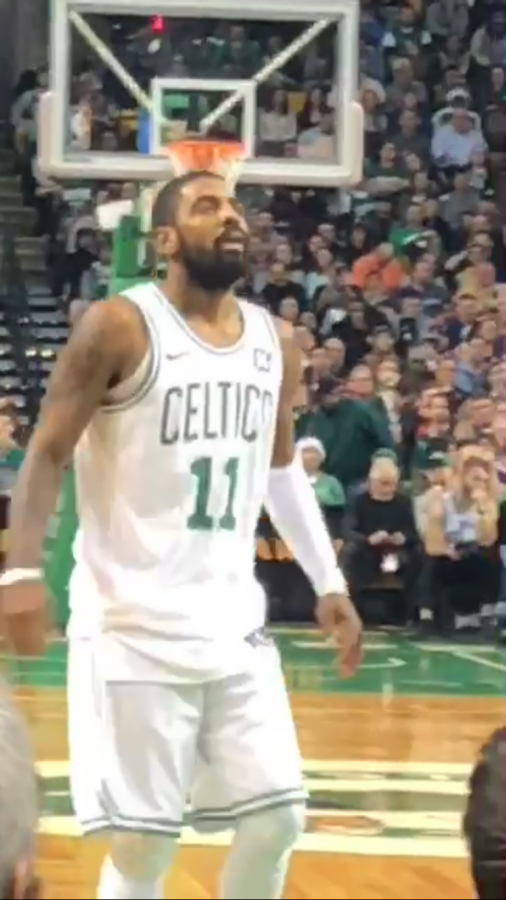 Celtics fans had mixed emotions when Kyrie Irving was traded to the Celtics in exchange for Isaiah Thomas, Jae Crowder, Ante Zizic and the Brooklyn Nets 2018 first round pick. They knew he was a great player and had seen his magic throughout the Eastern Conference finals, but fans believed they essentially had the same player in Isaiah Thomas.

The Celtics have charged through the first 29 games of the season and have the NBA’s best record at an outstanding 23-6.  Kyrie Irving has proved all the doubters wrong, and has demonstrated time and time again why the Celtics sacrificed so much for him.

As Irving shifted from Cleveland to Boston, many wondered how the 25 year old guard would handle running the offense without the dominant presence of a player such as Lebron James.  Irving was primarily an isolation scorer who used his dominant handle of the basketball to blow past defenders and clear space for a wide open shots. Being the main focus of an offense would require Irving to trust the coaching of Brad Stevens and move the ball along looking only to score when the time was right.  Irving has quickly showed his ability to buy into a system and get all of his teammates involved on a winning basketball team.

Along with a great display of passing, Kyrie has shown his spectacular ability on the offensive end of the floor and his cold blooded presence in the clutch. In an October matchup versus the Miami Heat, the Celtics struggled to score against a young Miami team and were up by only 2 points 86-84 with 2:06 left in the 4th quarter  (or “winning time” as Kyrie would say). As the Celtics ran up the floor, Irving received a pick from veteran big man Al Horford and finished in the lane with a right handed floater. The next possession Irving caught a quick pass on the 3-point line quickly faked getting Miami’s Goran Dragic in the air and drove the lane finishing with the up and under making the score 90-86 Boston.  Irving wasn’t done… After a Miami miss the Celtics had a chance to ice the game.  Irving took the ball off a double screen from Al Horford and Marcus Smart, took 2 dribbles, and pulled up for a 3 that pierced the net and sent Miami fans home unhappy. “You just gotta stay poised in those situations, you know, it’s winning time” said Kyrie after the game, “I was able to get to where I needed to be”

Irving’s immaculate offensive ability to take over a game is exactly why the Celtics have been able to jump out to this amazing record. He has had a willingness to play defense along with offense and has bought into Brad Stevens’ system proving to critics why he requested a trade.  His incredible play and willingness to adapt to a new situation has him straight in the middle of the MVP race as he continues to lead his team.

As tough as it was to lose a beloved player such as Isaiah Thomas, Celtics fans are getting used to Kyrie pretty quickly. Boston is in good hands.