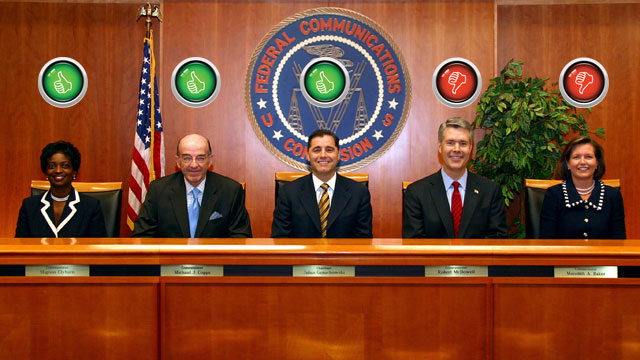 This morning the Federal Communications Committee (FCC) voted to repeal Net Neutrality in a close 3-2 vote. The effects of this vote could change the way that people use the internet forever. However, don’t lose hope yet…there are still a few things that can be done before net neutrality is completely gone.

Through the Congressional Review Act, Congress has the power to review new federal regulations issued by government agencies, including FCC. This means that Congress could potentially overrule the decision to repeal net neutrality, or compromise with the FCC and still repeal net neutrality, but keep stricter rules in place for internet service providers. Some people argue this is not realistic because the GOP controls the majority of Congress, and repealing net neutrality is something that is considered a more conservative belief. However, net neutrality has shown to be an issue that isn’t so black and white and a recent poll showed that ¾ of Republican voters did not support the repeal of net neutrality.

Another way that net neutrality could stay in place is through the court system. Many groups that support net neutrality, such as Free Press and The Electronic Frontier Foundation, have said that they are prepared to file lawsuits against the FCC in hopes that the court would overturn the decision. The lawsuit would be based on a few things, but the main argument would revolve around that commenting system used to get feedback on the issue. Under the Administrative Procedure Act, the FCC was required to get feedback on the issue to make their decision. However, a lot of the information they collected from the commenting system was false. Tens of thousands of people’s identities were stolen and used to falsely comment on the page — some who were even dead. Researchers at Pew Research Center found that around 80% of comments were done by bots, and they could only verify 3% of the comments (many could not be verified because of false information being listed, such as an email being listed as email@email.com). The lawsuit would argue that, because of this error, this step was not completed which would make the vote invalid and meaningless.

If you care about keeping the internet equally accessible for all there are a few things that you can do.  First, contact your congressional representatives. Write to them. Call them. Let them know that they should challenge the FCC’s decision. Second, keep talking. Tweet about net neutrality. Talk to your friends, your peers, your coworkers. Make net neutrality something that everyone is aware of and make it clear to congressional representatives that this is something important to those they represent, and that it is not something we as Americans will let happen.