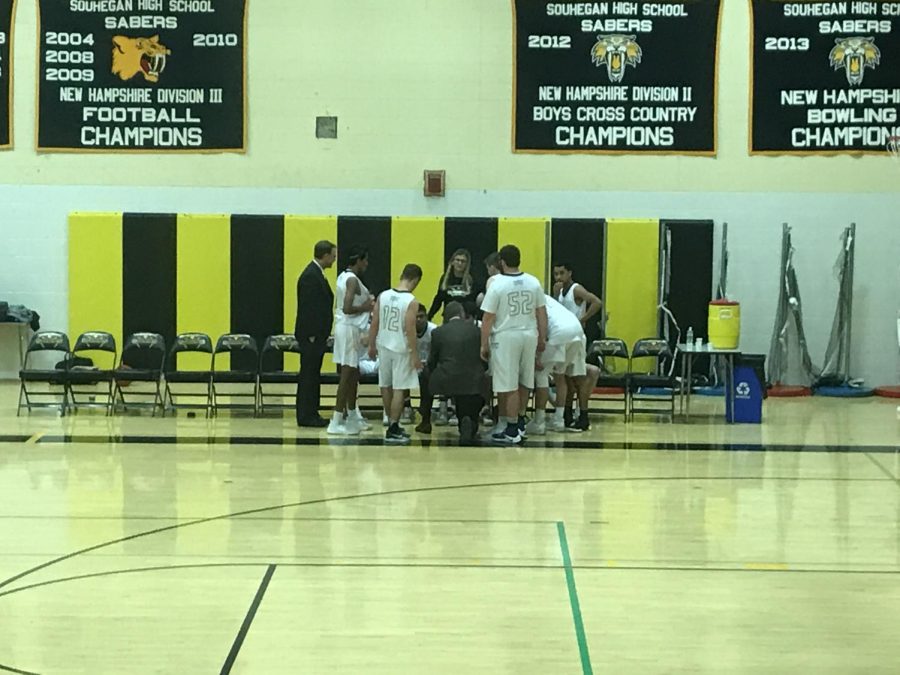 After a disappointing loss in their season opener to their archrival Milford, the Sabers looked to rebound vs the Pelham Pythons Tuesday night at Souhegan High School. Led by an outstanding play from senior Anderson Geffrard and freshman Matt McCool the Sabers were able to overcome big deficits and grab their first win on the season in their home opener 51- 45.

Throughout the first half, the Sabers struggled to score against Pelham’s aggressive defense and Pelham looked to be in control leading 15-6 at the end of the first quarter. In the second quarter, Geffrard put the team on his back scoring 5 points in a row and cutting the lead down to 4. The Sabers were able to keep the game close and went into halftime down only 4, 20-16.

Pelham came out on a mission in the second half and started the 3rd quarter on a quick 7-0 run. However, as they did in the first half the Sabers continued to battle and went on a run of their own led by a great defensive effort and Matt McCool.  The Sabers came storming back and headed into the fourth down 33-31. After a 3 pointer by Pelhams Drew Brown to start the fourth quarter, Pelham looked to still be in control of the game as time winded down late in the fourth. The game went down to the wire until Geffrard scored on a beautiful pass from Jordon Lauquan and gave the Sabers their first lead in 3 quarters. Late game free throws by Anderson and Jordon sealed the deal for the Sabers 51-45. 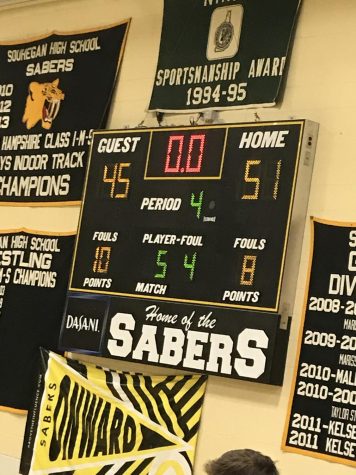 The Sabers look to make it 2 wins in a row Friday night at Souhegan as they welcome in Coe-Brown Northwood.