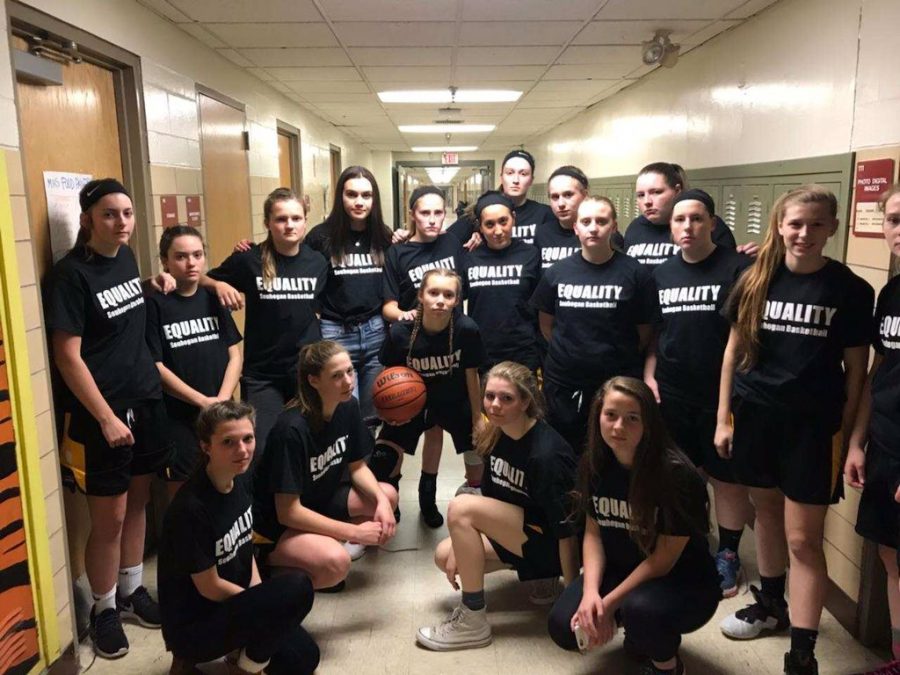 If you saw someone wearing a black t-shirt with “EQUALITY” written on the front in white letters, chances are they are part of the Souhegan Basketball Team. The team started bringing attention to the issue of inequality between the boys’ basketball team and the girls’ basketball team last year. Before last year, the girls would always play first and the boys would play second. This is because more people are available to come to the late game and people assumed that the boys game would bring in more fans so they should play at the better time. However, last year that notion was challenged, and it became the first year that Souhegan started rotating between who got the late game.

Each year the basketball teams play Milford twice, once at home and once away. The games are usually well attended, whether they are home or away, because of the Souhegan-Milford rivalry and how close the two towns are, so people expect to see big crowds. Last year the girls played second at home and the boys played second at Milford. Naturally, this year the boys are playing second at home, and the girls wanted to play second at Milford. They contacted Milford’s athletic department and asked if they could switch the game times as Milford had the boys playing first. Milford’s athletic director told them that he suggested it to the Milford teams and the Milford teams had said no, at Milford the girls always play first and the boys always get the second slot. 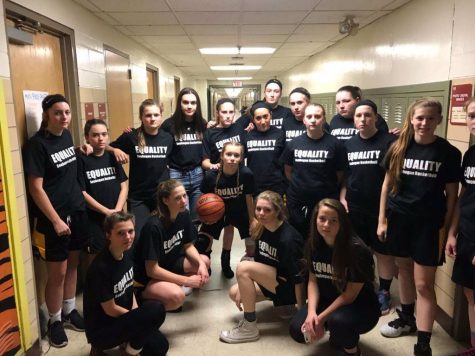 The Sabers were not ready to admit defeat yet. They knew that it was unfair to assume that the boys would always play second because they were boys and they wanted to bring attention to the issue. The girls’ varsity coach, Mike Heaney, went home to watch a Duke basketball game when inspiration struck. “Around the time we heard that Milford was not going to rotate as we did last year and have the girls play late, I was watching a Duke Basketball game and they came out for warm-ups wearing shirts that said Equality.  That led to the idea to order shirts for our team” he told us. And when the day came to play Milford, the girls still had the first slot, but they ran onto the court wearing shirts that said “EQUALITY” on the front, not to protest Milford’s decisions, but rather to ask if everyone believed that female student-athletes are treated fairly.