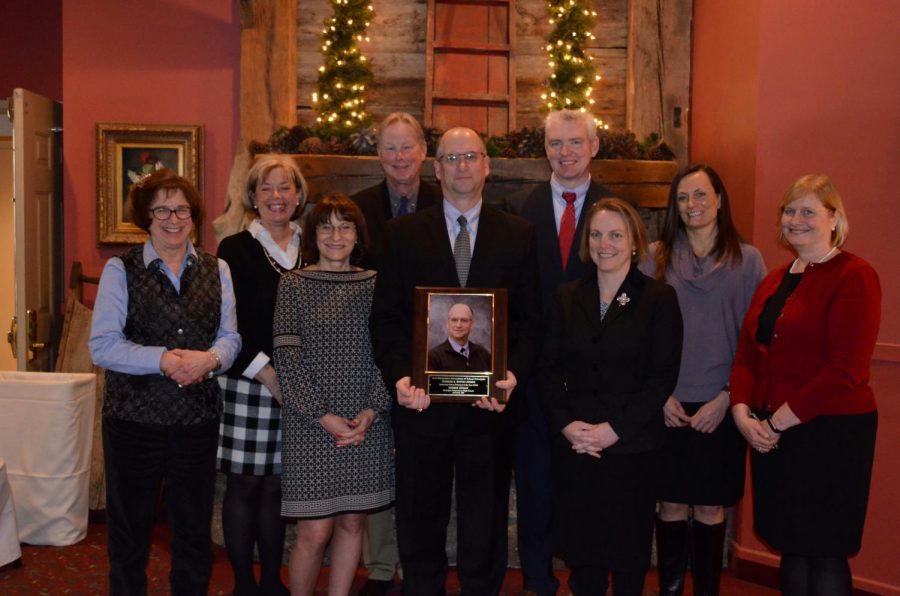 In order to receive the accolade of Principal of the Year, Principal Scully underwent an extensive process. According to Scully, the process began with a “nomination within the educational community.”  This nomination then allowed for the New Hampshire Association of School Principals Committee to move forward with their selection. The selection process included a vetting process, written prompts completed by Principal Scully and reviewed by the committee, an in-person interview with the entire committee. Finally, the New Hampshire Association of School Principals Committee came to Souhegan for a “site visit”.

When asked what this ‘site visit’ entailed, Principal Scully explained, “there are seven groups representing just about every stakeholder, and they come for about a day for an on-site viewing. They do some interviewing and some observations, and when they go back, they make their decision.”

After this thorough and in-depth process, decisions were made and the award ceremony was held. This ceremony recognized principals K-12 for their accomplishments as extraordinary leaders of their school communities. Principal Scully’s award was the last of the afternoon. Before receiving his plaque and ring, a brief speech was made, stating:

“According to his Dean of Faculty, Kathleen White, Rob’s visionary leadership, quiet determination…and professional integrity are truly the characteristics of his leadership.”

After the award was presented, Robert Scully talked to Souhegan Junior, Seth Facey, about what made Souhegan stand out from other schools in New Hampshire. In this conversation, Principal Scully talked about Souhegan’s long-standing philosophy of student agency, and how other schools are beginning to catch on to these policies.

“We’re really excited to jump back into the renaissance that’s happening. We were a little ahead of our time”, said Scully.

He also spoke to what this means for him as a principal, “I feel like this is a collective effort. It means that even though the principal has a title, there’s a lot of people behind the word ‘principal’: leadership, teachers, students, support staff, everybody.” Additionally, Principal Scully stated how he believes, “We’re in a time where the work we have to do cannot be done in a vacuum…I think if [the award] shows anything, it shows the work that we’ve done organizing and working together.”

To echo the final line of his award presentation speech, Principal Scully “truly believes in the guiding principles of the school: Respect. Trust. Courage.”