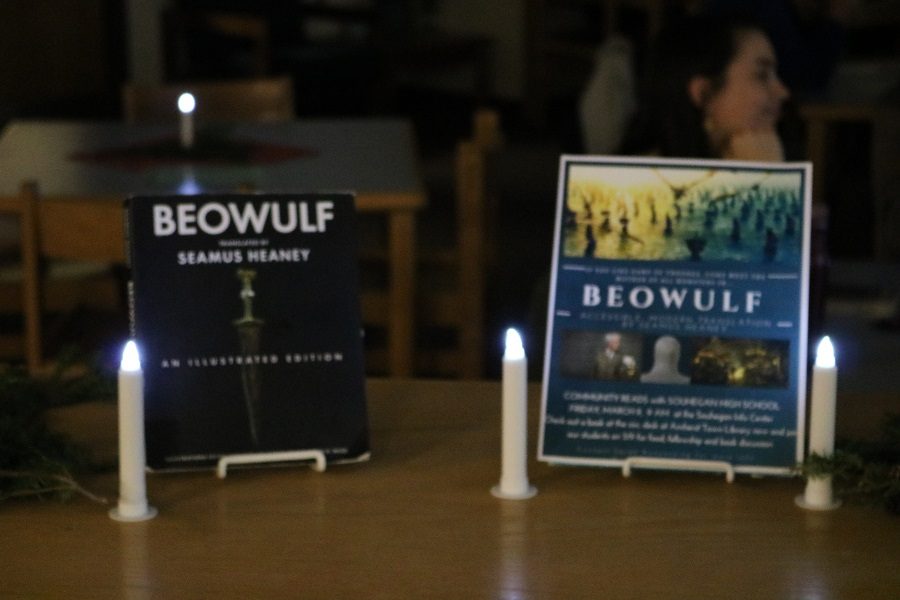 In ancient times, communities huddled together in warm meeting halls to hear the fantastic tales of brave warriors and evil monsters.  In the fast-paced world of social media and internet, opportunities to meet face-to-face and across generations to discuss stories are rare.   However, the role of community is still as important as it ever was and what better way to bring a modern community together than through the power of literature. 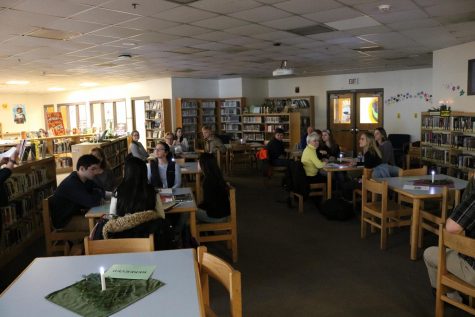 Souhegan’s new library media specialist, Sarah Kunyosing, recently hosted a community reads event involving Amherst/Mont Vernon members and students from Gavin Sturges’ AP Literature class. Participants discussed “Beowulf” the ancient poem about the adventures of a Scandinavian hero who battles a series of mythological monsters but also wrestles with the internal monsters of hate, greed, and jealousy. The epic poem is one of the oldest surviving works in Old English and one of the most influential pieces of western literature. 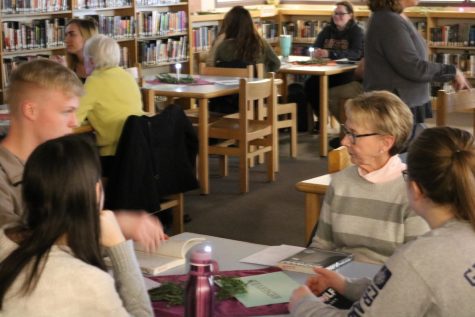 Community members and students came together to discuss the epic poem over a Scandinavian warrior’s feast of roasted chicken and potatoes.  Participants shared their thoughts in a dimly lit information Center where the only light came from electric candles providing an ancient mead hall dining atmosphere.  “I like the fact that I can discuss a book with Seniors in high school, who are very smart, and I like the fact that I’m usually pushed to read something that I wouldn’t ordinarily read,” said community member Nancy Spears who has been attending community reads for the past couple of years. 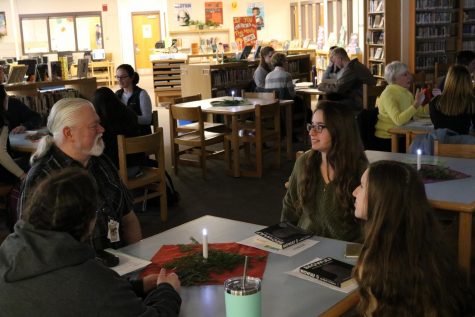 Sophie Doiron, a student from the AP Literature class said, “I thought that it was really nice that I got to know someone, which is not something I normally do, and it was nice to hear other perspectives on the book.”

Over the past few years, the Community Reads Program at Souhegan had taken a short hiatus but has been revisited by Kyungsing as a focused initiative.”I’m thrilled to breathe new life into the Community Reads program. In a time when we all need to talk more with each other, this event brings together community members of all ages to share their personal thoughts about a common idea. It’s powerful to see teens and adults, who were strangers minutes before, finding authentic connections with each other. We love welcoming community members into our school and are already planning another Community Reads event for this May.”