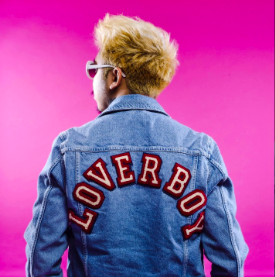 Loverboy is an impressive piece of work that transcends between the sounds of Pop, Rap, and R&B, released by a youtube rapper who only previously put out (in my opinion) one noticeable mixtape. This album came as a pleasant surprise. Canadian rapper D Pryde AKA Pryde AKA Russell released his junior attempt at an album that strayed away from the sound he refined prior to Loverboy. His mixtapes prior to this album drew influences from the raw and ambitious sounds of early angry Eminem. But when this came out on February 14th of 2017 he switched things up. Giving a more sing-heavy project wear he idolizes the autotuned sounds of T-Pain but also utilizes a new polished rap style that is pleasant to the ear.

When talking highlights of the album, the production is one of the things in the forefront of that conversation. Even the smaller sounds help compliment the album. From the subtle violin looping sample in the trap based song “Emrata” to the ominous high pitched beeps that take place at the beginning of the very pop sounding “Things to Do”. Pryde’s singing voice was another thing that caught me off guard. It is definitely a highlight on this album. Besides singing all of his own hooks on the album, the song that proves the most that he can sing is the song “Globe” where he reaches notes higher in his range that he needed to belt out. This works in favor of the song because it helps bring across the message that he really wants to give this significant girl everything he possibly can.

In terms of looking at the faults of this album, I had to be very nitpicky. One of the things that I noticed was that Pryde’s singing voice could be a bit stronger. I hear this in the song “When the Lights Turn On”. His belting is very breathy and if you listen very hard you can tell that he is struggling. Some of the higher notes are layered in such a way where you don’t know on the first listen whether or not they are autotuned. My only other issue with the album was how it ended with the song “Not Winning”. The album starts off with a couple a pop and rap based tracks then it shifts into more R&B songs. The song “Not Winning” ends this album with an out of place heavy rap track. If I could do anything to fix this I would either put this song towards the beginning of the album or take it off of the project in general. 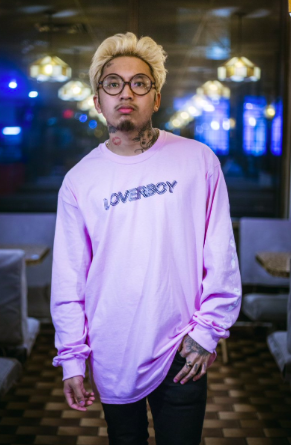 Overall, I think that the first half of the album is the stronger than the second half. When I think of this album, I think of songs such as “Prove me Wrong”, “Things to Do”, “Emrata”, and “Left Field”. These songs work to Prydes advantage which is the Pop-Rap audience. I’m sure if he was a bigger name in music three out of those fours songs would have mainstream appeal due to their earworm eske hooks, the bars, and his song-like rap flow similar to Drake. However, when I say that the first half is stronger, it’s not by that much the second half is still really strong. In my opinion, he did this Loverboy alter-ego justice with this album and I extremely recommend giving it a listen.