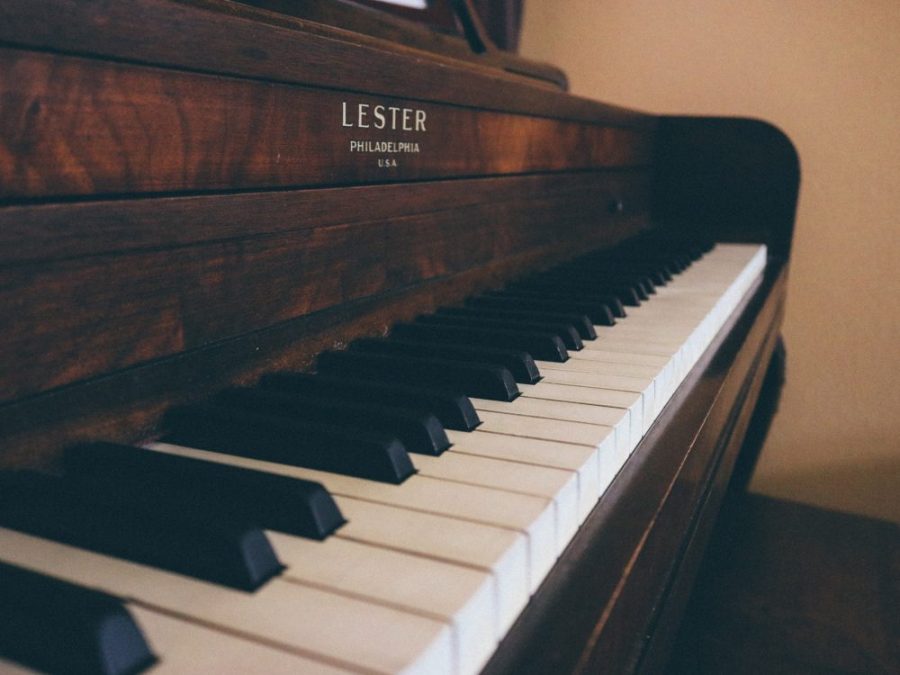 on the first day, she curls cold fingers around the bars

of a bike, bars

on the second day, her tea tastes like seawater.

it’s supposed to be mint, but

on the third day, she gets papercuts between her

and it hurts a little to flip off the next door neighbor, but

it always hurts a little

so what else is new?

on the fourth day, she falls in love

teenage dream she wants to stay sleeping in

she loves his curly hair, his high-top shoes, the way he sometimes forgets she’s in the room when he plays piano

the way he sometimes forgets to be kind to her

she can’t care either way

and on the fifth day she falls out of love, maybe.

she doesn’t want to leave him behind, she tells herself, knowing

that he left her in the dust miles ago-

but his footprints in the earth look enough

just long enough that she can pretend he is still dancing with her,

or that he ever danced with her at all.

on the sixth day- what now?

if all she had was loving him (and what kind of man loves like that?)

if all she had was him, and he’s far away

where to? asks the cab driver, and she wipes the mascara from her cheeks and shakes her head.

the car needs repairs, it doesn’t go in reverse very well these days,

but she’s never been great with directions and she doesn’t know which exit to take, only

that she wants to get off the highway.

on the seventh day

(by now she should be a phoenix, should rise up, shaking ashes from her hair, and smile against the fire of something new, but

on the seventh day, she sleeps in.

tomorrow’s problems can wait until then.)

on the seventh day,