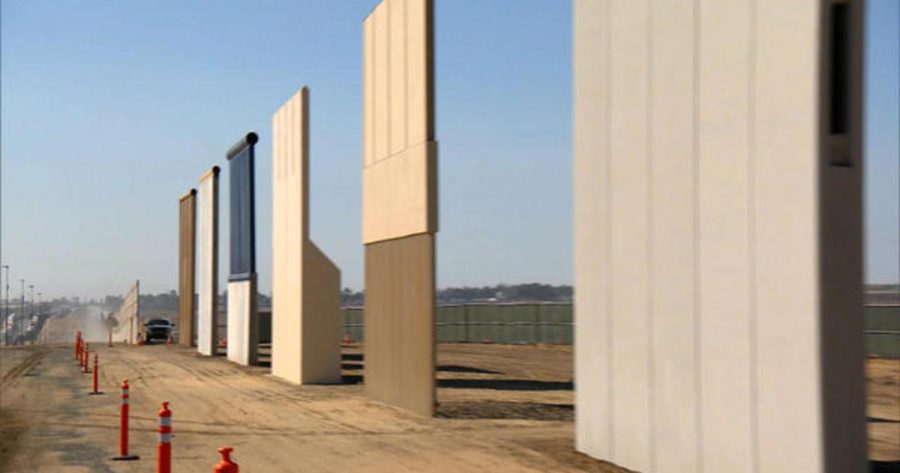 Mont Vernon, NH— Mont Vernon: the land of the brave and the home of the free. For years now Mont Vernon has had a tense relationship with Amherst, coming to a climax in March at town elections. Many Amherst people are unaware (because are they ever really aware of Mont Vernon?) that Mont Vernon passed a motion to start building a wall between Amherst and Mont Vernon.

At first, Mont Vernoners were hesitant about building a wall between them and the town most of their border is shared with, but then they noticed a lot of Amherst people taking their jobs. Other Vernoners were concerned about the price of building such a big wall. But, at a rally for one of the Mont Vernon Town Selectman, he explained his plan and reassured everyone that it was a plausible project. He said, “I would build a great wall, and nobody builds walls better than me, believe me, and I build them very inexpensively.” So citizens’ minds were put at ease. The Selectman also said that the wall is going to be partly made out of concrete but, where there is the most traffic between the two towns, it will be glass so the people of Amherst can look in at how great the town is and be jealous.

Construction will begin as soon as the farmers agree to give up their land since it is right where the wall is going to go. Mont Vernon may also need to wait on construction until Amherst agrees to pay for the wall. This, of course, is very possible since Amherst has caused many bad things for Mont Vernon, with bad trade deals and bad people. “They, with their horrible people, bringing drugs and alcohol into this previously pristine town, need to pay for what they did to us. We all agree that the way to pay us back is to pay for this wall,” says the Town Selectman at the rally. The rally then did several hours of a chanting session where the Selectman would go “who is going to pay for the wall?” and then crowd would all yell “Amherst!”. However, even with all of their chanting, so far there has been no comment by the Amherst Town Selectmen.

It is time to close the border between the two feuding towns. Amherst might not notice Mont Vernon now, but soon they’re going to be in awe of the giant wall and rue the day they pushed them into taking this measure. So goodbye Amherst, the next time a Mont Vernon person steps foot in you will be the day they accidentally drive into it while coming from Bedford.