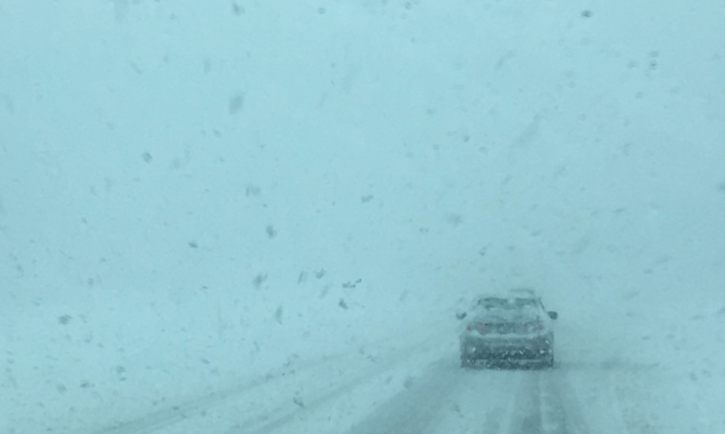 Mountains of snow, wind whistling, sitting around the fireplace wrapped in a blanket and surrounded by darkness in the middle of a winter storm. If you live in New England, these are situations you are accustomed to. The weather is a powerful force that still isn’t completely understood by many. How do people learn more about the weather? By storm chasing! 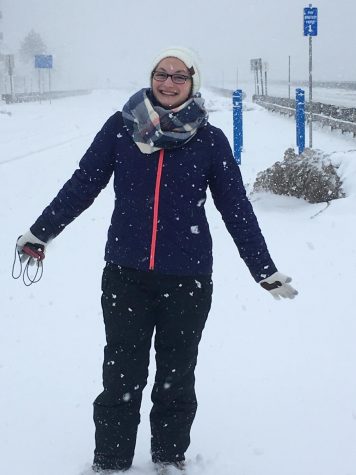 When people think of storm chasing, they commonly think of thrill seekers driving toward dangerous tornadoes in special vehicles that appear more like transformers than actual cars. While this can be true, a lot of storm chasers are meteorologists who are trying to better understand the weather by conducting research and collecting data. I have always loved the weather and decided to explore storm chasing for my Senior Project. Doing a Senior Project on storm chasing in New Hampshire seemed difficult at first because tornadoes don’t occur here. However, I soon realized that it wasn’t that hard at all; we get snowstorms! While there was a lot of information online about how storms form, articles on storm chasing were harder to come by. I realized that I was going to need to talk to someone who had done it first hand. I was able to get in contact with a storm chaser located in Merrimack NH named Ron Moore. Ron has been storm chasing for over 20 years and has a bachelor’s degree in meteorology from Florida State University. After he agreed to be my outside expert and help me with my project, we made a plan on how we were going to chase Winter Storm Skylar.

Choosing a target location depends really on what you want to see. From there, you can narrow down your location based on what the weather models are predicting. While there is always a chance that the models may change, you can usually get a pretty good idea as to what’s expected. We knew that for Winter Storm Skylar, the heavy hit areas were going the be Cape Cod and Portsmouth, so we decided to aim for one of those areas.

One aspect I learned early on about storm chasing is that it is crucial to be adaptable. The day of the chase, my outside expert had not gotten back to me with a final plan on where we were going to chase. With it being mid-March, I had to chase this storm, as we couldn’t anticipate another storm in the near future. My Mom and I decided that we were going to have to do it alone. Since we had not chased anything previously, we decided to pick a local place as opposed to somewhere like Cape Cod where it would be an all day event and it was possible we would have to stay overnight. We knew we wanted to go somewhere that was under a blizzard warning, so we chose Hampton Beach as our target location. It was a location that we could easily return from and was not as far as Cape Cod. Because we had not had any prior experience storm chasing, we figured it was the safest option. 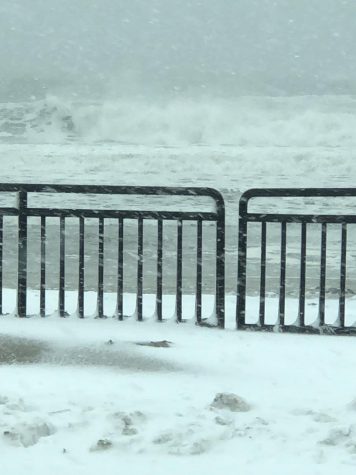 We left around 7:45 a.m. with shovels, snow clothes, equipment to collect data, and other necessities that we would need like water and food. It became clear very early on that it was going to be a long drive as the roads hadn’t been plowed yet. The speed on the highway had been reduced to 45 mph, but we were driving slower than that (the visibility was only about a quarter of a mile). The closer we got to Hampton, the worse the roads and visibility got. We concluded that the snow was a lot heavier because the branches hung lower than those in Amherst. Around 9:50 a.m., we finally arrived at Hampton!.

I collected two sets of data when I was there, recording wind gusts of around 20 mph and temperatures in the high 20s low 30s. To gather this data, I used a handheld anemometer that recorded the wind speed, as well as temperature, dew point, and humidity. While I didn’t end up doing anything fancy with my data, I did send it to WMUR. Meteorologists that storm chase aim to collect data to better understand how the atmosphere works. Especially with tornadoes, data taken from inside the tornado can help us to better understand the science of tornadoes and be used to create better warning systems. These improved warning systems can alert people quicker so they have a greater amount of time to get to safety. 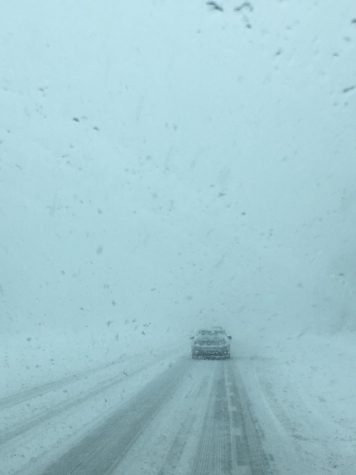 While it was fun to collect data, the coolest part was actually being on the coast experiencing the storm. It was high tide, so I got to witness massive waves, as well as strong wind and whiteout conditions. One thing storm chasers don’t tell you is that there is a lot of waiting/sitting around. After I recorded my first data set, I returned to the truck and just sat there. It was really cold so we didn’t want to stay outside for a long stretch of time. What were we supposed to do on a strip where only one place was open for hours upon hours? Nothing. It was fascinating though, watching the waves roll in and the wind whisking the snow around us. It seemed almost like a dream. The weather is one of the only things that humans are unable to control, and it can impact an area in a very short amount of time. Storm chasing allows us to observe this incredible force of nature.

After about half an hour, I took my second set of data and we decided it was time to head back to Amherst. The visibility was practically zero and it didn’t look like it was going to improve. The drive home was longer than the journey there. The snow had been piling up and plows had still not come through. We had planned our chase so we would avoid the worst conditions, as safety is a big concern when storm chasing, especially when you aren’t a professional. It was possible that we would’ve had to stay overnight at the beach if we hadn’t left at that time, and since we did not end up chasing with my expert, we decided it was safer not to get caught in the worst conditions.  There was a small bridge that would have easily flooded a couple hours later, trapping us on the beach. Safety is really important when storm chasing because it is easy to put yourself in danger if you aren’t paying attention to the conditions or surroundings.

Overall, I learned that storm chasing is not as easy as getting in a car and driving wherever the action is. It takes days of watching radars, looking at the storm timelines, making sure you have the equipment you need, picking a target location, and monitoring the current conditions when you’re at the location in order to have the safest possible chase. Also, having the advice and expertise of someone who has storm chased before is a huge benefit and crucial to staying safe. I loved my experience and hope that I get the opportunity to do it again in the future. As I will be attending the University of Oklahoma to study meteorology in the fall, I’m hoping my next storm can be a tornado!