What is Your Brain on Music? 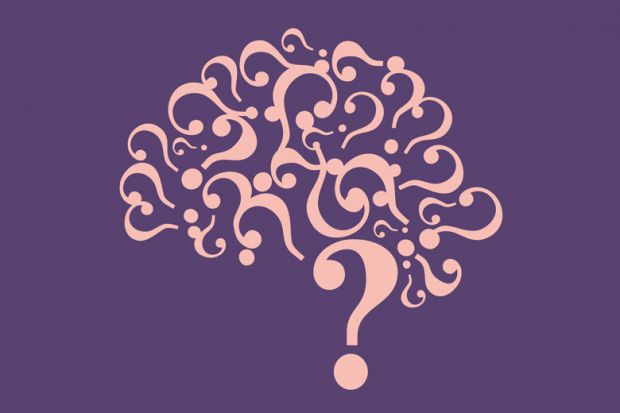 There is no question that music is an enormous aspect of our culture as humans. Since the prehistoric times, music has existed as a means to express all sorts of different things, such as religion, emotion, and political ideologies. Music is a revolutionary part of our culture that has transformed the way we approach various aspects of life, such as academics, medicine, politics and the like. The ever famous composers of the renaissance era wrote music to capture the hearts of the masses and tell a story or convey a feeling. In modern times, people such as the African Americans devised an entire genre of music, jazz, to allow themselves a means of cultural expression and a way to heal the soul with music (Scholastic). This infectious aspect of music led me to a question that many others have likely pondered; Why is it that music plays such a large role in our lives? This is a second question – What makes music so appealing to the masses? To understand this difficult question, I began with some background research about the one thing responsible for allowing us to hear music in the first place; The brain.

The brain is an incredibly complex organ that controls every function in our bodies. It’s essentially like a supercomputer, and without it our bodies can’t perform all the tasks it needs to perform in order to survive. The brain is the core of what is called the nervous system, which is the vast maze of nerves that encompass our entire body and allow us to use our senses.  The nervous system is divided into two parts: the central nervous system (CNS) and the peripheral nervous system (PNS). For my purposes, I focused on the CNS, as that is the portion of the nervous system the brain is involved with. Bear with me, because things are about to get a bit more interesting. Because scientists really like to group and label things, the brain is composed of three different parts, those parts being the cerebrum, the cerebellum, and the brain stem. To avoid confusion, we’re zeroing in on the cerebrum. The cerebrum is the largest part of the brain and is responsible for higher functions, such as interpreting touch, vision, speech, reasoning, learning, fine motor skills and most importantly, hearing. There are four lobes within the cerebrum. Two of these four lobes are the temporal and parietal lobes and these are associated with hearing.  The parietal lobe is responsible for things like interpreting language and words, vision, memory, and hearing. The temporal lobe is responsible for memory, hearing, sequencing and understanding language as well. These two structures play important roles in a lot of the ways music affects us both physically and mentally (Mayfield Clinic). This basic understanding of brain anatomy out of the way, we can talk about some very interesting interactions between music and the brain.

Music has an incredible way of interacting with our brains. For instance, author Daniel J. Levitin in his book titled“This Is Your Brain On Music” states that how much a particular person likes music is very dependent on how well they can predict the future. The greatest musicians will always play with your expectations of what is to come next in the music and surprise you before taking you back to the familiar melody, meaning the basic verse-chorus structure of the song. For example, simply hearing the opening notes of The Bridal Chorus at the start of a wedding can cause some of the guests to cry because they know what comes next, that being the beautiful bride walking down the aisle with her father. The music lover’s ability to predict the future leads to a neat technique used  by some musicians called deceptive cadence, wherein the music creates a pattern and repeats it until you expect it to do nothing else then, unexpectedly, it changes. The musician, in this instance, is toying with the listener’s brain in its ability to predict.

Levitin also shared some of Darwin’s ideas in his writing. Darwin had suggested that music was actually a way for finding a mate for two reasons: One, singing and dancing require the performer to be physically fit, making them an already ideal mate, to begin with. Second, if the performer has time to sing and dance, then that must mean the performer doesn’t have to worry about food or shelter, and therefore could share with the potential mate. This is a fascinating revelation because that means that music has essentially integrated into our lives even as a means of species advancement. The fact that music could have been a flagship for our evolution as a species is incredible, and it’s no surprise that if music has a use before parenthood, it definitely has a use once a child is actually born and in development.

It has been shown, according to the article, ‘The Benefits of Music Education’ on the PBS website, that musical education facilitates the learning of other subjects and skills that children will use in other areas. This isn’t to say that the research says music makes children smarter, but instead gives the children an edge in terms of interacting with various stimuli. The article noted that there was a study that showed a small IQ increase in six-year-olds who were given weekly piano lessons. The children who participated in piano lessons for the given nine months experienced on average a three-point IQ increase. In general, music has been shown to be beneficial for children ages two to nine, and aids in the development of the left brain’s language processing section. Despite the various modern uses that music has, the most interesting aspect has been about how music is used as a therapy for various individuals.

My first introduction to musical therapy happened when I read a research paper by a neuro-researcher at the University of Utah, Grzegorz Bulaj that was about combining non-pharmacological treatment, in this case, musical therapy, with pharmacotherapy to combat neurological disorders. The paper suggested music, specifically Mozart, could be used to treat major illnesses such as epilepsy, depression, dementia, and anxiety.  After further research on the topic of music and mental disorders, I discovered that doctors and neuroscientists alike were using music as a therapy to treat children and adults with mental disabilities. After learning about this research, I decided to further my own research, I wanted to see it all in action. I took a trip to Greenfield, New Hampshire to visit the Crotched Mountain Rehabilitation Center to see a concert performed by jazz/blues musician T.J Wheeler. Wheeler had been teaching students in the music class the previous week. On his last day as a guest artist and instructor, he did a performance that included a few of the students from his class. What I witnessed there was sort of magical. Before the performance, the kids were a little loud and being somewhat rowdy. But the second the music began, the kids were listening and visibly enjoying the music that Wheeler performed. Some kids even came up and started dancing as he played his banjo, and all the other instruments he brought that day. When given the opportunity to speak to Wheeler after the performance, I asked him what he thought about the power of music. As a bit of a jazz historian, he knows a lot about what jazz means to the American people. He told me that back in those days, Jazz wasn’t just any old genre of music, he told me, “In the case of the black people who dealt with the Jim Crow laws and all the racism at the time, they had taken Jazz and made it their own. That music was their voice, and they used that music to heal, and it is very powerful.” What he said struck a chord in me, because I’d never thought that music was a way that even cultures could heal, that Jazz was the therapy for so many people, and that still seems to be true  today.

As cool as it was to see music in action with the kids at Crotched, I decided it was high time I went directly to the source to interview a music therapist about what I had learned. I contacted the Granite State Music Therapy organization and came into contact with Tori Caruso, who has been a board-certified music therapist since 2014. I was thankfully able to ask her all of my burning questions about the field. When asked about some examples of positive results from her work, I was amazed by one case in particular, “There’s a young boy I see with a verbal processing disorder. When I first started working with him he had very few words and was unable to put sentences together…  With music therapy in tandem with speech therapy, he is now able to speak in complete sentences and has an expanded vocabulary!”

To me, this is incredible. To have a patient that was originally unable to speak, and then use music therapy to give them the ability to speak in complete sentences is a milestone in treatment that I believe shows the power of music to an individual. I then asked her about what she hopes to see in the future of music therapy, and after hearing her story, I share her sentiments, “My hope is that music therapy becomes a more widely used therapy… That doctors and nurses across the globe will recognize music therapy as any other legitimate form of therapy and will want more credentialed music therapists in their hospitals and rehabilitation centers.”

With all of the research I’ve done, and the results I’ve seen with my own eyes, it is evident that music is one of the most powerful forces in the world. It changes people in such a way that even from a biological point of view, music has had a profound effect on society. From finding a mate in prehistoric times to providing solace, to slowly, but surely, finding promising treatments for common mental disorders, music rattles our cores and gives us a means to heal in multiple ways. We can thank our brains for allowing us to hear the sounds that call to action such an overwhelming wave of emotions that as Daniel Levitin suggests, we may not even be able to live without it. So the next time you open your playlist on your phone, think for a second, and marvel at the fact that what you are hearing is changing your brain in beautiful ways.