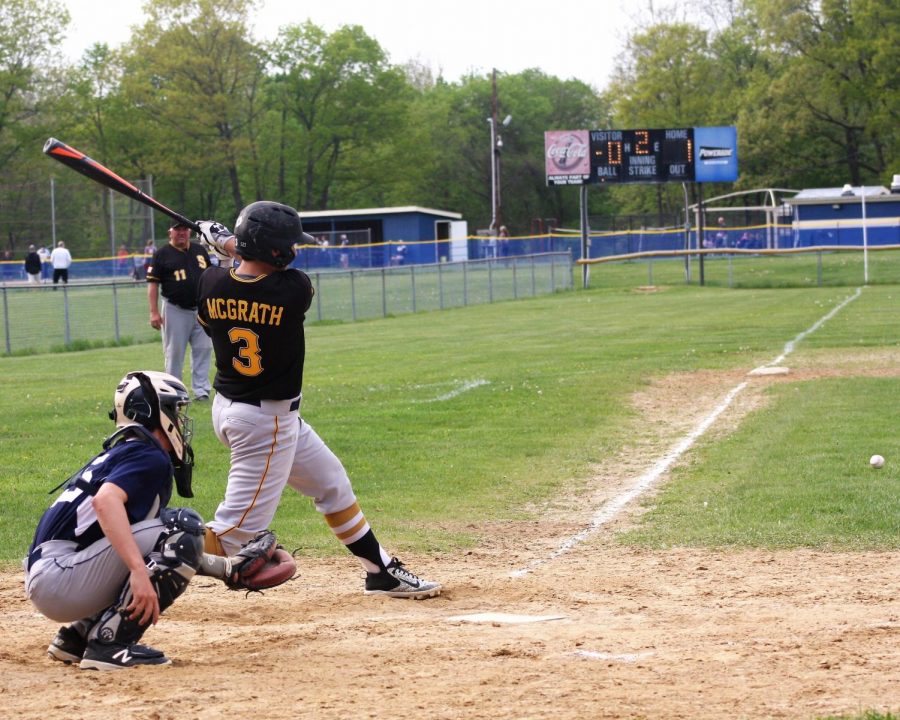 On Saturday, Souhegan High School Baseball played Pelham High School. The game was low scoring leading up to the fourth inning with Souhegan just getting the first score of the game after Caelan Behn, Senior, and Aidan Casey, Sophomore, getting back to back doubles leading to Souhegan’s 1-0 lead. Souhegan then went up 2-0 after a double steal. However, Pelham’s Jake Kirane began to bring it back for Pelham after he was walked and eventually brought into home.

Pelham made a full turn around in the fifth inning scoring four runs off of two RBI’s from “Piggy” Lawson and Matt Poff. These RBI’s left Souhegan behind at 5-2 going into the sixth inning. Souhegan did attempt to make a comeback with a triple by Matt Leonard, Senior, and going on to getting a run in. Souhegan’s efforts were not enough as the game ended at 5-3 in favor of the Pythons.

The pitching was decent on both sides of the dugouts with Liam McGrath from Souhegan striking out four and allowing four hits. Pelham’s Matt Poff also had a strong game with six strike outs as well as seven hits and three runs.

Souhegan looks forward to their next game against Pembroke on May 21 away.