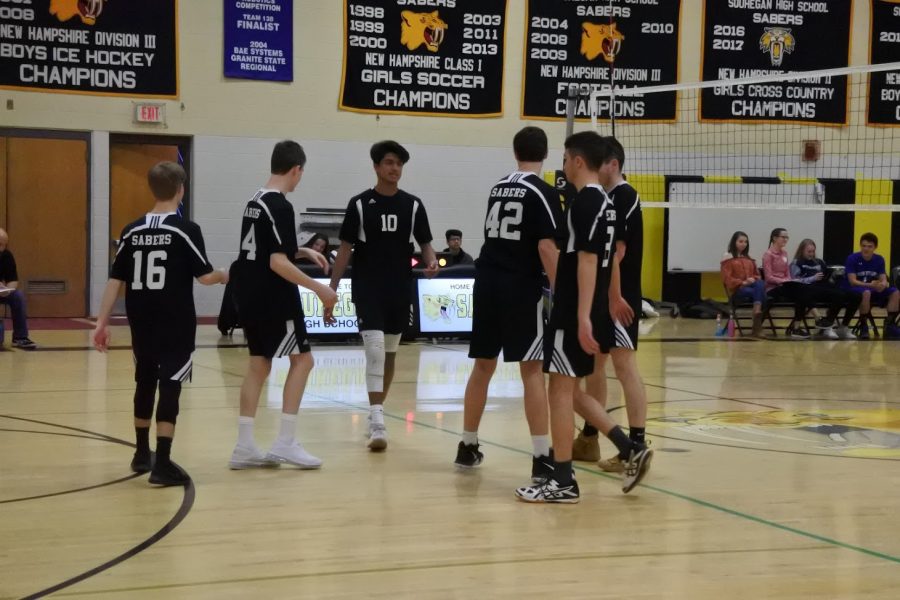 The Souhegan Boys varsity volleyball played at Londonderry against the Lancers Wednesday night. The Sabers and Lancers played a very close match going back and forth with *sets all the way up to the fifth set. Souhegan was able to get the win in the end and won with three sets to Londonderry’s two. There were many notable plays and players for Souhegan which led to their win. One player in particular was a Junior, Khaled Nazeer, who finished the game with 22 *kills as well as 20 digs. Nazeer led both categories Wednesday evening playing as an outside hitter. Another contributor to the Sabers’ success was a Senior, Jackson Gordon, who had 32 *assists to end the game. Each team fought to the very last moments, but it was Souhegan who came out on top 15-8 in the fifth set.

Souhegan’s next game is away at Timberlane on Friday, May 25th. Go support your Sabers!