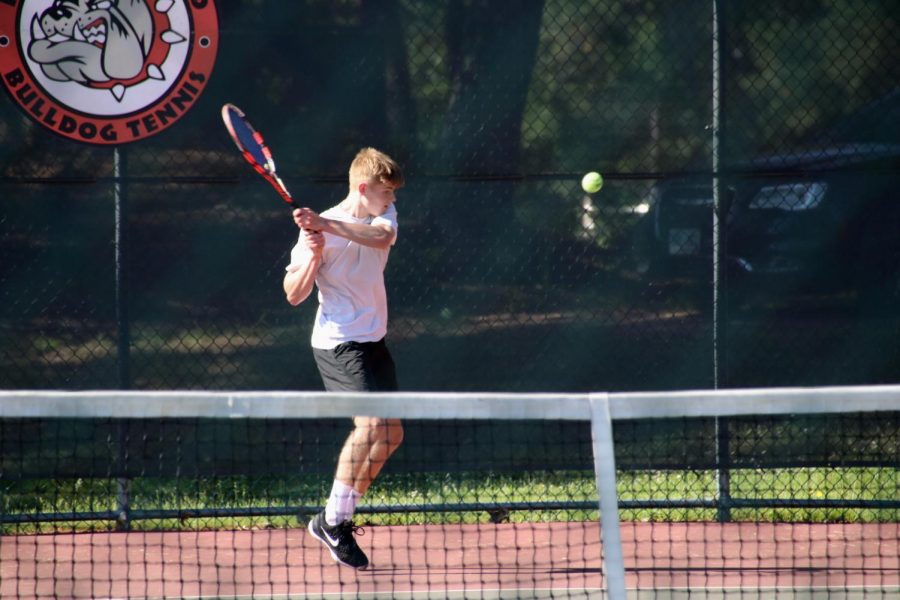 After finishing their regular season with a perfect 13-0 record, the Souhegan Boys Tennis team continued their season-long winning streak throughout the playoffs. On Tuesday May 29th, they took on Hollis-Brookline in the final match of the playoffs. Souhegan’s top six lineup was Matt Lapsley (1), Samuel Goddard (2), Kyle Gibson (3), Dale Estes (4), Josh Lacaillade (5), and Michael Dodge (6). They only gave up one match in singles and one match in doubles, resulting in the DII State Championship win for Souhegan. The final score was Souhegan: 7, Hollis-Brookline: 2. Souhegan walked away from the match with an undefeated season.

For Matt Lapsley and Samuel Goddard, the season did not end after winning the State Title. Both went on to play in the state-wide singles tournament and the dynamic duo played together in the state-wide doubles tournament. Unfortunately, Goddard lost in the second round of the singles tournament and the doubles partnership fell short in the finals. However, Matt Lapsley made it all the way to the singles finals and did not stop there. Lapsley took home another state title after defeating Rohit Yerram of Bedford in the final match. We hope that the momentum of the 2018 boys tennis team will continue to be prevalent in the years to come.